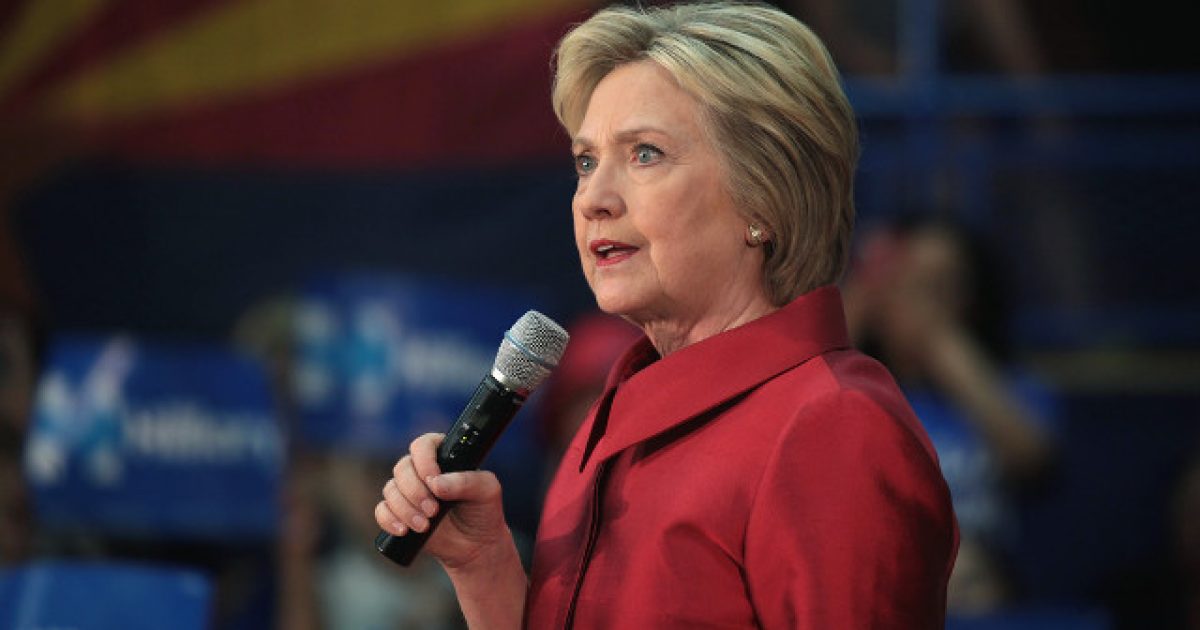 It seems Hillary Clinton is once again craving some time in the spotlight, which is why she’s reemerged in the public eye and has once again gone on the warpath against her old buddy and current president, Donald Trump.

She’s obviously still smarting from her loss to Trump three years ago and is eager to take more shots at him as she continues to lick her wounds. Time to get over it, Hillary.

Anyway, Clinton is accusing Trump of spreading “sexist trash” over his attacks against Speaker of the House Nancy Pelosi.

“We have to remind Americans: we are the party that can deliver for them, but we also are the party that will stand up and protect the Constitution and address what is a very real constitutional crisis that this president has put us in,” Clinton told a group of Democrats in Houston, Texas, as reported by The Washington Times.

As what she presented as evidence of this crisis, Clinton pointed to the “doctored” video of Pelosi Trump posted the day before. “Just look at what’s happened in the last 24 hours. The president and his cronies have been running around spreading a doctored video of Nancy Pelosi. Now, it is sexist trash, but it is also a sign that Trump is running scared.”

As The Daily Wire reported last week, Trump posted a video edited to highlight moments where Pelosi struggled to deliver her comments. The video, which reportedly aired previously on Fox Business’ “Lou Dobbs Tonight,” is a 30-second montage of Pelosi stammering over the course of a 20-minute news conference earlier that day.

Pelosi’s team immediately accused Trump of pushing a “doctored” video, her daughter describing it as “altered for speed,” and her chief of staff pointing to a Washington Post report on a different video of Pelosi making the rounds that was indeed “doctored” to make her appear to be slurring her words more. But a digital forensics expert told NBC News that the video Trump posted was not “altered for speed,” but rather edited to highlight the stammering in a way that’s “highly deceptive” because it makes her “relatively small vgoogle.erbal stumbles” seem more dramatic.

“Hany Farid, a computer-science professor and digital-forensics expert at University of California, Berkeley, told The Post that there was no doubt that video had been altered,” NBC News reported. “But he said he believed the video Trump tweeted Thursday had not been slowed down.”

“Unlike the video referred to in The Washington Post article, I don’t believe that this video montage was slowed down. This montage, however, is highly deceptive as it compiles in rapid succession relatively small verbal stumbles in an attempt to portray Speaker Pelosi as stumbling through her press conference,” Farid told NBC.

Is Trump a little rough around the edges? Yes, he certainly is. Does he sometimes take schoolyard shots at his political opponents that show a lack of maturity. Yes, he does.

However, the truth is, Pelosi has stammered and stumbled for years when speaking in front of crowds at these press conferences. Some of the behavior she’s exhibited might make some wonder if her health is up to snuff. It’s that bad.

However juvenile and petty the president’s attacks on her are, these videos were not posted because Trump has some axe to grind against women. It’s not sexist. It’s political mud slinging and should be beneath an acting president, but it’s certainly not sexism.

Hillary needs to just retire and take a long vacation somewhere far away from the public eye. You know, give some more time for those wounds to heal up.