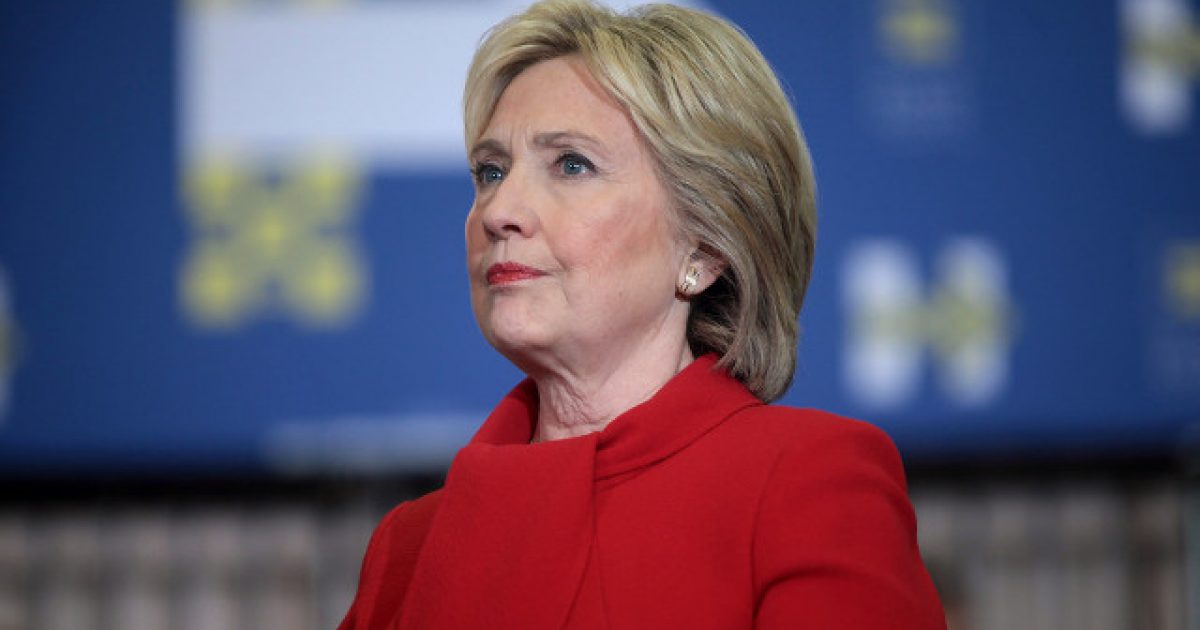 Many folks have speculated about the sanity of former Democratic presidential candidate Hillary Clinton over the years, but her latest crackpot theory might actually lend some credibility to the idea that she might not be playing with a full deck.

Apparently, according to Clinton, Putin and the Kremlin are now deciding U.S. elections.

Is it time for the men in white coats to finally take Hillary for a long vacation at the funny farm where she can lounge around in a room with white padded walls? You decide.

Last week, the 71-year-old suggested she ran “the best campaign” in 2016 (although somehow she forgot to go to Wisconsin), but that she had the election “stolen” from her.

On Wednesday, she took that up a notch.

The two-time loser popped up to Dartmouth College in Hanover, New Hampshire Wednesday evening, where she made an even more outrageous claim — that Russian President Vladimir Putin and the foreign military intelligence agency of the General Staff of the Armed Forces of the Russian Federation (GRU) decided the last presidential election.

“If you are an American, the idea that our election is being trifled with, being impacted and maybe being determined by Putin and the Kremlin and his Intelligence service in the military — the GRU, all of their assorted allies and agents,” Hillary said. “That should give us heartburn.”

Clinton never took the time to elaborate further on how, exactly, Russia is “determining” our elections. It seems her theory rests on the notion that millions of U.S. voters had their opinions swayed about her via “fake news” stories being spread across social media by Russian bots and then decided to cast votes for Donald Trump.

This does indeed sound like the ramblings of a lost soul giving into the madness eating away at her sanity, so perhaps someone needs to give her a mental health evaluation and get to the root of the problem here.

In all honesty, the reason she lost the election is because her policies are horrible and she is a typical lying, sleazy politician. She lied about Benghazi, then turned around and sent classified information through a private email server and attempted to cover it up.

She’s completely untrustworthy and the American people know it. Rather than spending some quality time rehabilitating her tarnished reputation, she’s focusing on finding excuses for losing and not facing the truth.

Definitely seems like the elevator isn’t going to the top floor.