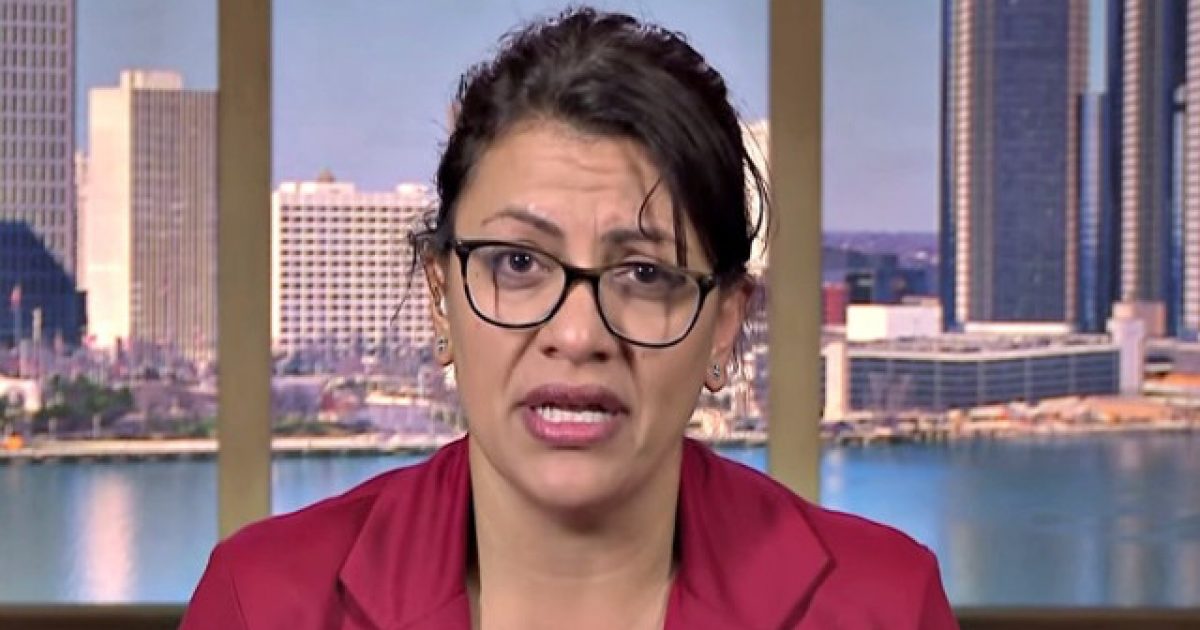 Freshman Rep. Rashida Tlaib has once again found herself on the opposite end of serious criticism after making more anti-Semitic comments, this time it’s over statements she made about the Holocaust.

It’s becoming more and more clear that individuals in this “freshman” class of representatives need to be booted from office come election time and never given an opportunity to serve in politics again. Especially with all of the hatred they spread.

All of it was in the name of trying to create a safe haven for Jews, post the Holocaust, post the tragedy and horrific persecution of Jews across the world at that time. And, I love the fact that it was my ancestors that provided that, right? But they did it in a way that took their human dignity away, right? And it was forced on them.

This is actually a pretty poor reinterpretation of what actually happened. Palestinians did not at all welcome the Jews back home with open arms the way Tlaib seems to think they did. It’s a whitewashing of history to teach this as fact.

Rather, Palestinian leaders were notoriously hostile to Jews. One leader in particular, Haj Amin al-Husseini, even maintained a close relationship with SS commander Heinrich Himmler, the mastermind behind the Nazi “final solution.”

Hardly sounds like they were ready to be BFFs with the Jewish folk, right?

So what did Republicans have to say about these comments?

“There is no justification for the twisted and disgusting comments made by Rashida Tlaib just days after the annual Day of Holocaust Remembrance. More than six million Jews were murdered during the Holocaust; there is nothing ‘calming’ about that fact,” Scalise said in a statement. “Unfortunately, this is far from the first display of heinous anti-Semitic comments coming from Democrat House members this year, and it’s clear this is now the norm for their caucus.”

“I call on Speaker [Nancy] Pelosi and Leader [Steny] Hoyer to finally take action against Representative Tlaib and other members of the Democratic caucus who are spreading vile anti-Semitism,” she said. “All of us, regardless of party, must stand as Americans against the evil of anti-Semitism. If the Democratic leadership continues to stand by in silence, they are enabling the spread of evil.”

And now for Tlaib’s wonderful reply, which was basically nothing more than attacks on those who called her out for her false history and her sickening comments.

Policing my words, twisting & turning them to ignite vile attacks on me will not work. All of you who are trying to silence me will fail miserably. I will never allow you to take my words out of context to push your racist and hateful agenda. The truth will always win.

Tlaib and her buddies Reps. Ilhan Omar and Alexandria Ocasio-Cortez are some of the most hateful individuals ever to sit in Congress and it’s shameful they are allowed to continue saying hateful things with no serious repercussions. At the very least, we should all hope none of these three are re-elected back to office come election time.

The country is already divided to the max along political and racial lines, thanks largely to false narratives being pushed by radical progressives. Let’s not do more damage by keeping these folks in their seats.