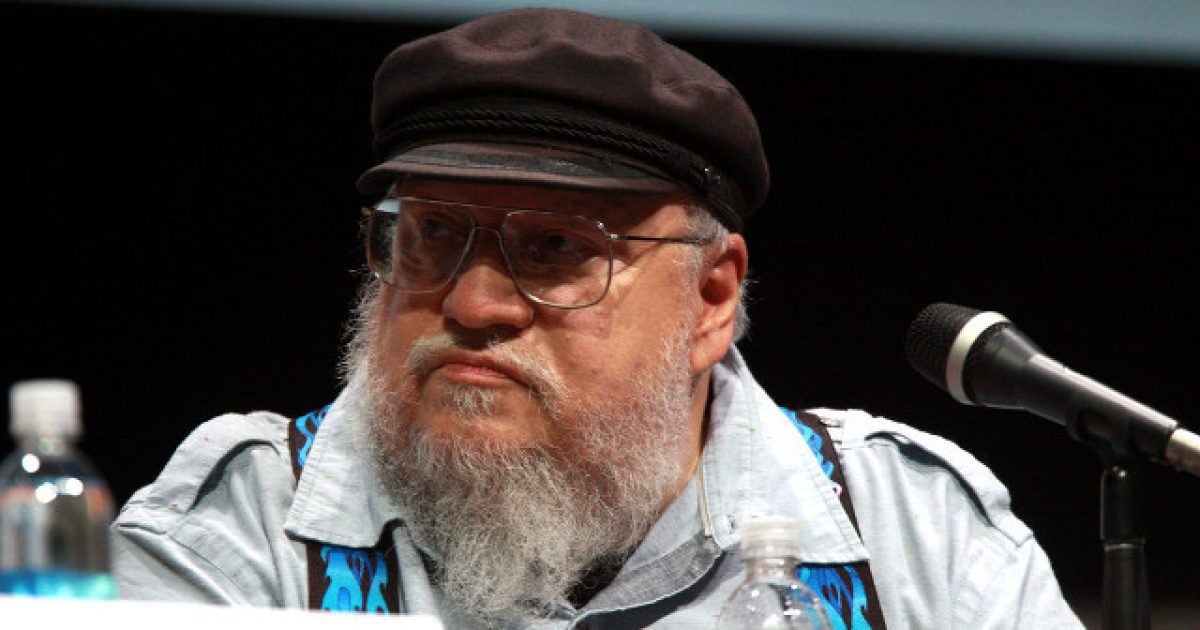 If you’re a big fan of the smash hit television series and cultural phenomenon, “Game of Thrones,” then you’re probably familiar with the name George R.R. Martin.

Martin is the man responsible for all the hysteria as he is the author of the novels series the show is based on. Well, he recently announced who he’s supporting for president in 2020.

Turns out he’s a big fan of creepy Uncle Joe Biden. Given how much raunchy sex is in the show and books, this doesn’t really seem all that shocking.

Writing on his personal blog, Martin said that of the many “good Democrats” running for office, Joe Biden would be the best choice to take down President Trump in 2020.

“Out in the real world, I was pleased that Joe Biden finally announced his candidacy for president,” wrote Martin. “There are a lot of good Democrats running, maybe too many, and I’d probably vote for any one of them over the present blot upon the Oval Office.”

“The main things I want in a nominee, however, are twofold: (1) someone who can beat Trump, and (2) someone who would actually be a good/ great president,” wrote Martin. “Biden qualifies on both counts. Also, the speech he gave announcing his run was kickass… and so, so true. I wish him well.”

None of this is new for the acclaimed author, who has continually let his left-of-center politics be known. In an interview with The New York Times last year, he confirmed that “GOT” is “a perfect metaphor for understanding climate change” in the modern political sense because his characters are often battling each other while the “winter is coming” threat looms in the background.

It’s kind of ironic because I started writing “Game of Thrones” all the way back in 1991, long before anybody was talking about climate change. But there is — in a very broad sense — there’s a certain parallel there. And the people in Westeros are fighting their individual battles over power and status and wealth. And those are so distracting them that they’re ignoring the threat of “winter is coming,” which has the potential to destroy all of them and to destroy their world. And there is a great parallel there to, I think, what I see this planet doing here, where we’re fighting our own battles. We’re fighting over issues, important issues, mind you — foreign policy, domestic policy, civil rights, social responsibility, social justice. All of these things are important. But while we’re tearing ourselves apart over this and expending so much energy, there exists this threat of climate change, which, to my mind, is conclusively proved by most of the data and 99.9 percent of the scientific community.

This, folks, is why engaging the world of art and entertainment is dang important. Folks like Martin have gained a tremendous audience by building immersive worlds and stories that people get lost in, which enables him to subtly transmit his worldview to those in his fan base.

We as conservatives could learn a lot from Martin and the whole “Game of Thrones” phenomenon if only we’d take the time to do so. That doesn’t mean we have to celebrate it or indulge in the pornography that makes up much of the show, but look at the high quality of the narrative and how it has impacted our culture and the world around us.

It’s insane how big the program has become, especially now during its last season. It’s pretty much everywhere.

Christians and conservatives need to focus on good storytelling first and foremost. Don’t use your films, novels, comics, ect., primarily as propaganda. Focus on telling good stories, because good stories transcend the the divisions among us and enable us to build bridges with each other by focusing on our shared humanity.

As you build a platform like this, your worldview naturally seeps into your work and gets transmitted to the audience via the narrative. This works best if it doesn’t feel like the message is forced. Even left-wing entertainment gets slammed when its theme is heavy handed preaching.

Let’s hope that one day conservatives are just as much an integral part of the cultural landscape as Martin and “Game of Thrones” has become.