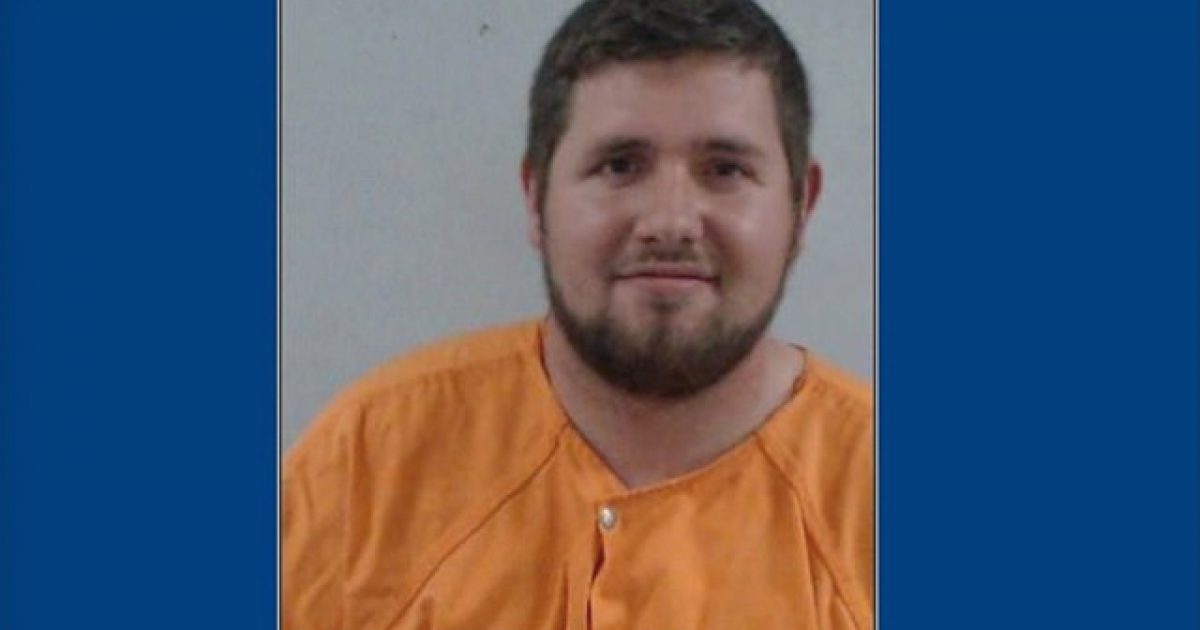 A man from Florida was tossed in the clink for refusing to alter a sticker on the back of his truck and is now vowing to sue for wrongful arrest.

This is a really weird story. You’ll see why in a minute.

Dillon Webb was pulled over by a Columbia County Sheriff’s deputy Sunday, after the officer spotted a sticker reading “I eat ass” on the back of the 23-year-old’s Chevy. According to the Lake City Reporter, the deputy claimed the sticker violates Florida law, issued Webb a notice to appear in court, and took a picture of the sticker as evidence.

The deputy then asked Webb to remove part of the sticker so it would “no longer be derogatory,” but Webb refused, citing his First Amendment right to freedom of speech.

With that, the officer detained Webb and hauled him to the station, “where he was charged with obscene writing on vehicles and resisting an officer without violence,” the sheriff’s office report states.

Webb’s truck was towed and he was released from jail hours later on a $2,500 bond. Now, he says he’s suing.

Webb told The Associated Press, “I’m tired of police forces thinking they are above the Constitution, the Bill of Rights.

During the traffic stop, the deputy reportedly asked Webb how a parent of a young child would explain the meaning of his signage, to which Webb replied, “it would be up to the parent.”

Yes, the sign is extremely vulgar and lacks character and decency, but are those things grounds for arresting a man for having them on his truck? That’s a tricky question to answer.

We need to be a moral society, that much is for sure, but where do we draw the line? What’s too far? Some things are illegal and should be treated as crimes while others are sinful, but not criminal.

Seems this fits into the latter category. No, the guy shouldn’t have the sticker, but that’s a private matter of morality, not a place for the police or other agents of the government to step in and interfere.

Sgt. Murray Smith of the Columbia County Sheriff’s Office said the department stands behind their deputy’s actions, telling the AP, “If the law is faulty, then the legislature can address that, or if the law is unconstitutional, then the judiciary will address it.”

Guess we’ll have to wait and see just how this messy web of nonsense untangles.