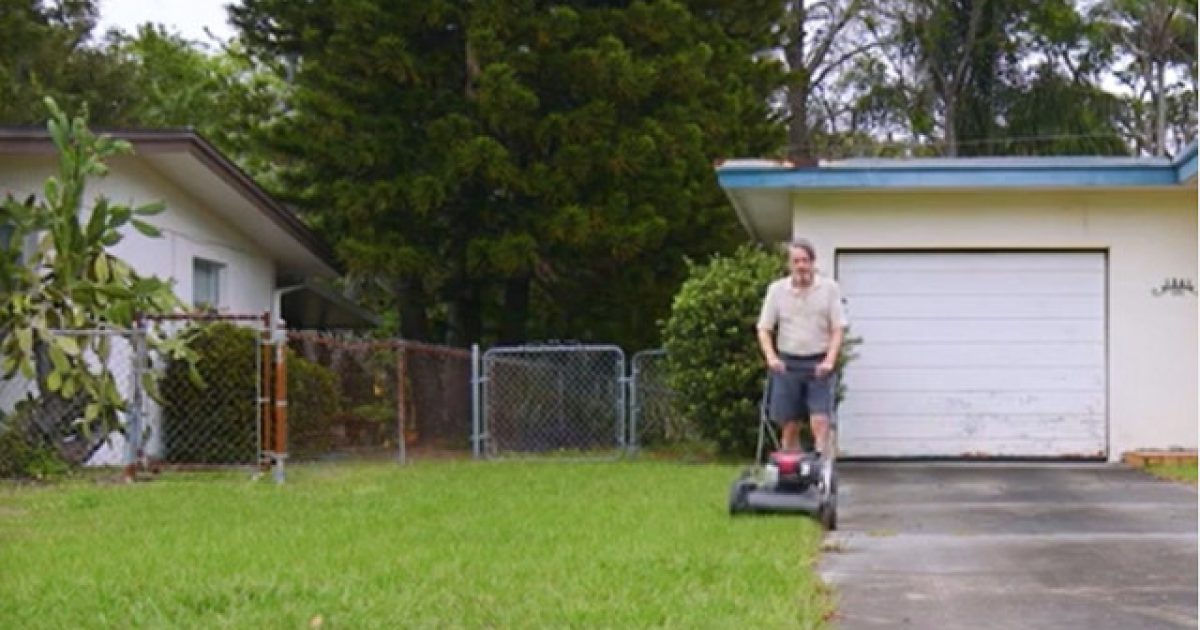 The city of Dunedin, Florida has issued and authorized the foreclosure of a man’s house all because his lawn grew too tall while he was out of town settling his mother’s estate last summer.

Once again, Florida provides us with an excellent example of what government intrusion into your life looks. This is egregious. More proof that even if you buy a house, you don’t really own it.

Jim Ficken, 69, was fined more than $29,000 — $500 per day of violation — after Dunedin’s grass measurers discovered his yard turf was longer than the allowable 10 inches for an eight-week period, Reason reported.

Ficken had arranged for a friend to mow his lawn in his absence, but the friend unexpectedly died after Ficken left. So, the fines continued to rack up without as much as a phone call from city inspectors.

When Ficken returned and found out about the fees, he explained his situation, but the city stood firm — insisting he owed the 30 grand for being out of compliance. Ficken had been flagged, inspectors informed him, as a “repeat offender” because his lawn had also grown too tall in 2015.

On Tuesday, the city of Dunedin authorized the foreclosure of Ficken’s home in order to collect the fine in full.

Now, Ficken is suing to try to save his property. The Institute for Justice has taken up his case and is fighting the city for trying to take his home for the minor code violation.

IJ attorney Ari Bargil said of the case, “Losing your home because you inadvertently let your grass get too long is the very definition of an excessive fine. No one should face crippling fines, let alone foreclosure, for trivial code violations.”

How awful is this? If this is really his home, if the property he “owns” is really his, who gives the government the right to tell him what he can and can’t do with it? So what if the lawn is too tall?

It’s not their property. Or at least it shouldn’t be.

This is a violation of private property laws no matter which way you look at it. What’s especially egregious is that matters outside of this man’s hands happened and he’s being forced to pay for that, which is clearly unfair.

Here’s to hoping this man is able to sue and get the city government to reverse their decision and actually consider the circumstances surrounding the negligence of his lawn care.

Disgusting overreach of government and abuse of power.