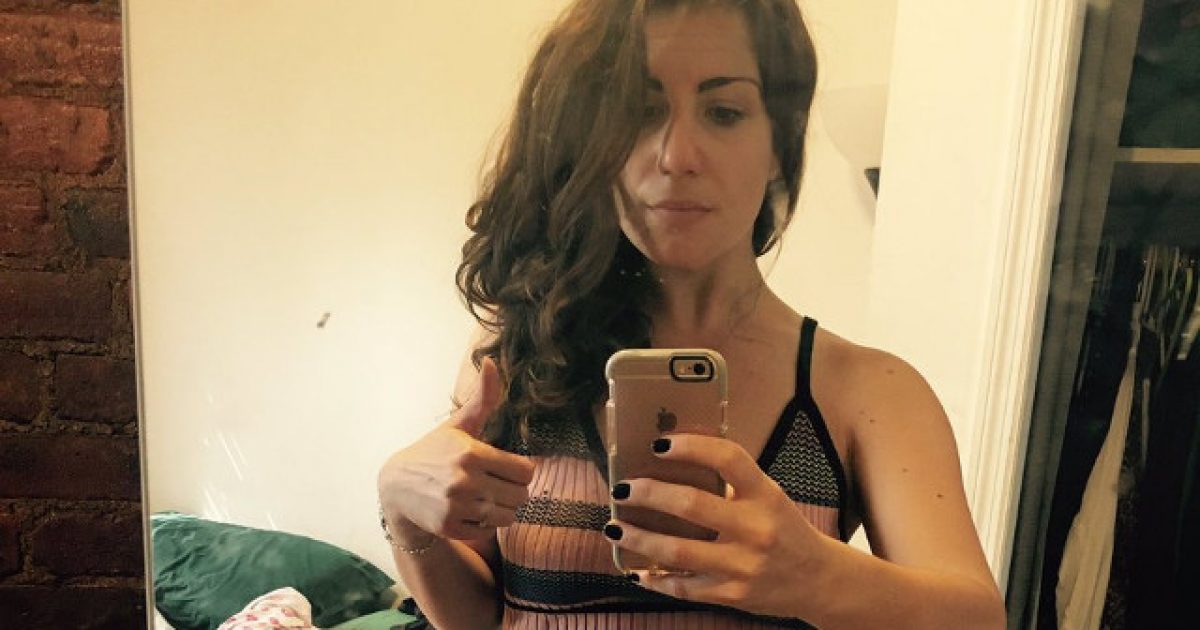 Radical feminist Lauren Duca, who is part of the same movement has time and time again stated in no emphatic terms that they do not need a man to help them do anything, that women can do anything a man can do and then some, has apparently forgotten her principles.

Duca is currently begging men to help her fight to keep the murder of the pre-born legal. So much for all that “I am woman, hear me roar,” crap.

Hey, all men? We need you to show up for this fight. https://t.co/RrWvIegoTo

On Tuesday, Georgia Gov. Brian Kemp, ignoring threats from the Hollywood community that they would boycott his state if he signed the so-called “heartbeat bill” which would ban abortions if a fetal heartbeat can be detected, signed the bill.

H.B. 481 states that the “full value of a child begins when a heartbeat exists” and requires “physicians performing abortions to determine the existence of a detectable human heartbeat before performing an abortion,” stating, “it shall be the policy of the State of Georgia to recognize unborn children as natural persons,” and asserting “unless otherwise provided by law, any natural person, including an unborn child with a detectable human heartbeat, shall be included in population based determinations.”

It didn’t take long for Duca to become the object of mockery.

Wait, I thought men didn’t get an opinion on abortion? pic.twitter.com/2rHy828B7r

Duca’s attitude toward men prior to her entreaty on Thursday displayed a hostility that went to the extreme, as The Daily Wire reported in August 2017:

In an openly bigoted and super edgy attack on Christians, Teen Vogue writer and abortion enthusiast Lauren Duca warned Evangelicals that she will “bite some d***s off” if their supposed misogyny heightens to the level of The Handmaid’s Tale — the one and only book on the third-wave feminists’ lifetime reading list, apparently. “I just want the Evangelicals to know, if you guys figure out how to do ‘The Handmaid’s Tale’ [in real life], I am fully prepared to bite some d***s off,” wrote Duca.

I just want the Evangelicals to know, if you guys figure out how to do "The Handmaid's Tale" IRL, I am fully prepared to bite some dicks off

Duca’s hatred of men shone through when she wrote in Teen Vogue in August 2017, “Diapers cost money—and food, and clothing, and shelter cost money. So does the long-term effort of raising a child, which requires time and energy that could be directed toward a career (which is — fun fact —another way that people earn money). Women cannot be equal when they are denied the option to opt out of that decades-long financial burden, and proposing a platform of economic equality that dismisses this reality is no less than patriarchal arrogance masquerading as ‘strategy.’”

Not only does it seem that Duca hates men, she hates children too. Raising a child is a difficult task to be sure. It requires a lot of money and is taxing on your physical, psychological, and spiritual health.

But you know, there’s no greater joy in this world than raising a kid. None. It’s not an awful burden like this horrible human being is making it out to be. It’s worth the sacrifice. Shame on Duca for making women feel like part of their God-given purpose in life is worth less than having a “career.”

It’s not galavanting around like a grade A prostitute having sex with anything and everything that moves with reckless abandon. Nor is it selling your soul out to the corporate world in a pathetic and desperate attempt to have your identity validated by a bunch of other lost and confused “adults” struggling to leave behind their adolescence.

Too bad Duca didn’t get the memo.