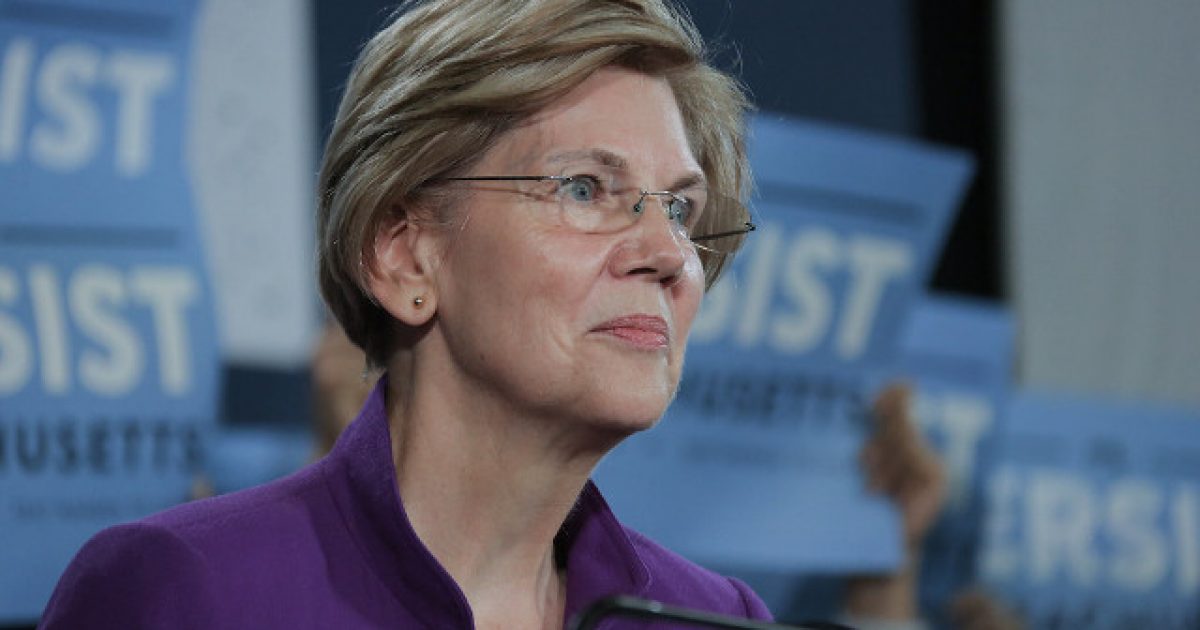 Democratic presidential candidate Sen. Elizabeth Warren is wasting no time using the momentum from the passing of Alabama’s anti-abortion bill to try and bolster her flagging poll numbers by announcing a new “aggressive” abortion bill that has basically no shot of actually passing in Congress.

This is what Democrats are about these days, folks. Using the blood of innocent babies murdered in the womb to gain political points and win elections. Truly our nation is wicked and has strayed from God.

“The legislation Warren supports has little chance of passage without a Democratic majority in Congress,” Vox admits. “But anti-abortion groups in recent years have abandoned an incremental approach in favor of a more aggressive one, and have seen major victories around the country. Now Warren is proposing an equally aggressive response.”

So what exactly is this “aggressive” approach? Warren lays it out in a statement posted on Medium detailing her “congressional action to protect choice” — and blasting the “extremists” trying to protect unborn children (formatting adjusted):

Pass federal laws to preempt state efforts that functionally limit access to reproductive health care. States have passed countless Targeted Regulations on Abortion Providers (TRAP) laws, which are designed to functionally limit and eliminate women’s access to abortion care while not technically contravening Roe. Geographical, physical, and procedural restrictions and requirements. Restrictions on medication abortion. These kinds of restrictions are medically-unnecessary and exist for only one purpose: to functionally eliminate the ability of women to access abortion services. A bill already proposed in Congress, The Women’s Health Protection Act, would provide the mechanism to block these kinds of schemes concocted to deny women access to care. Congress should pass it.

Guarantee reproductive health coverage as part of all health coverage. All women — no matter where they live, where they’re from, how much money they make, or the color of their skin — are entitled to access the high-quality, evidence-based reproductive health care that is envisioned by Roe. Making that a reality starts with repealing the Hyde Amendment, which blocks abortion coverage for women under federally funded health care programs like Medicaid, the VA, and the Indian Health Service. Congress should also expand culturally- and linguistically-appropriate services and information and include immigrant women in conversations about coverage and access. Congress must also pass the EACH Woman Act, which would also prohibit abortion restrictions on private insurance. And we should ensure that all future health coverage — including Medicare for All — includes contraception and abortion coverage.

Ensure equal access and reproductive justice. Securing a federal right to Roe and ensuring that reproductive health care is available to every woman in America is just the beginning. We must undo the current Administration’s efforts to undermine women’s access to reproductive health care — including ending Trump’s gag rule and fully support Title X family planning funding. We must crack down on violence at abortion clinics and ensure that women are not discriminated against at work or anywhere else for the choices they made about their bodies.

It’s beyond disgusting to see politicians fighting to make it legal to murder pre-born children, denying their most basic right, the right to exist in this world. How can these individuals sleep at night?

God condemns murder and the Word of God and science both confirm that at the moment of conception life begins. That means the child inside the womb is a human being, thus ending that person’s life is murder. There’s no way around it. Warren is fighting to legalize murder.

Then again, back in the day, there were plenty of people who fought against the abolition of slavery and the Civil Rights movement — mostly Democrats — so perhaps this shouldn’t be shocking.