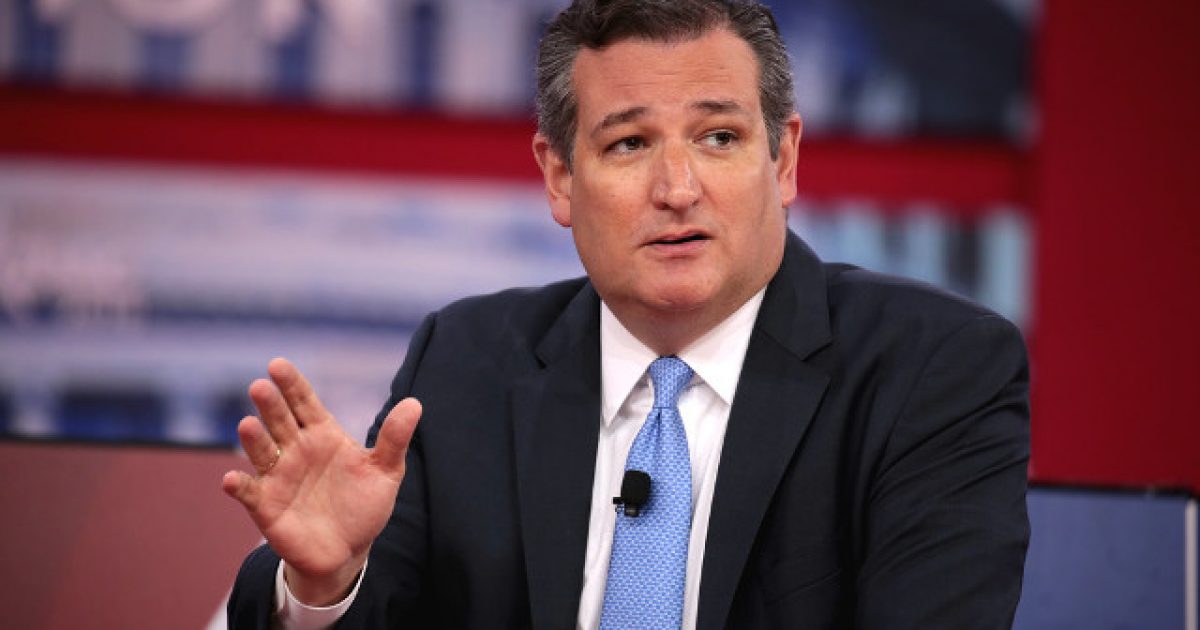 Sen. Ted Cruz took Rep. Ilhan Omar to the woodshed over remarks she made on Tuesday evening that insinuated that Latinos couldn’t measure up in a “merit based” immigration system, which, you know, seems pretty doggone racist, but since she’s a liberal she can say that sort of thing.

Omar, who immediately deleted the tweet after many called her a racist, wrote: “A ‘merit based’ immigration policy is fueled by racism toward the Latinx community. Our immigration policies shouldn’t be based on discrimination, fear, or bigotry. We should welcome immigrants to our country and offer a simple pathway to citizenship.”

Actress Mindy Robinson, who was first to notice that Omar deleted her tweet, took a screenshot of it:

Ilham Omar just sent a tweet so underhandedly racist that even “she” deleted it. (I’m handy so I took a screenshot ?)

“Is she actually implying that Latinos don’t have any skills and can’t immigrate here based on any kind of merit?” pic.twitter.com/57ZpQo9mHF

Cruz later responded to Omar’s comments, writing on Twitter: “As the son of a Cuban immigrant whose Dad came to get a math degree & become a computer programmer, I’m troubled that Dems seem to believe Hispanic immigrants can’t qualify for skills-based legal immigration. Bringing in more scientists, engineers & doctors is good for US jobs.”

Michelle Malkin also called out Omar over her racist comments, tweeting: “So Ms. Smarty Pants @ilhanmn deleted her tweet, cuz she finally realized that in accusing the President of raaaaaaaaaaacism, she was sounding mighty raaaaaaaaaacist herself.”

So Ms. Smarty Pants @ilhanmn deleted her tweet, cuz she finally realized that in accusing the President of raaaaaaaaaaacism, she was sounding mighty raaaaaaaaaacist herself. pic.twitter.com/10ojMOpHl2

It’s amazing what you can get away with when you align yourself with the “right people,” isn’t it? Liberals are some of the biggest hypocrites on the planet and no one illustrates that point more clearly than Ilhan Omar.

She’s repeatedly espoused hateful, anti-Semitic rhetoric at Jews, which you think would be forbidden in the party that claims to be all about equality and ending racism and bigotry.

Now on top of that she’s slammed Latinos, and yet the left will never toss the racist card in her direction. It’s a terrible double standard and is just one more reason to not vote Democrat this upcoming election season.