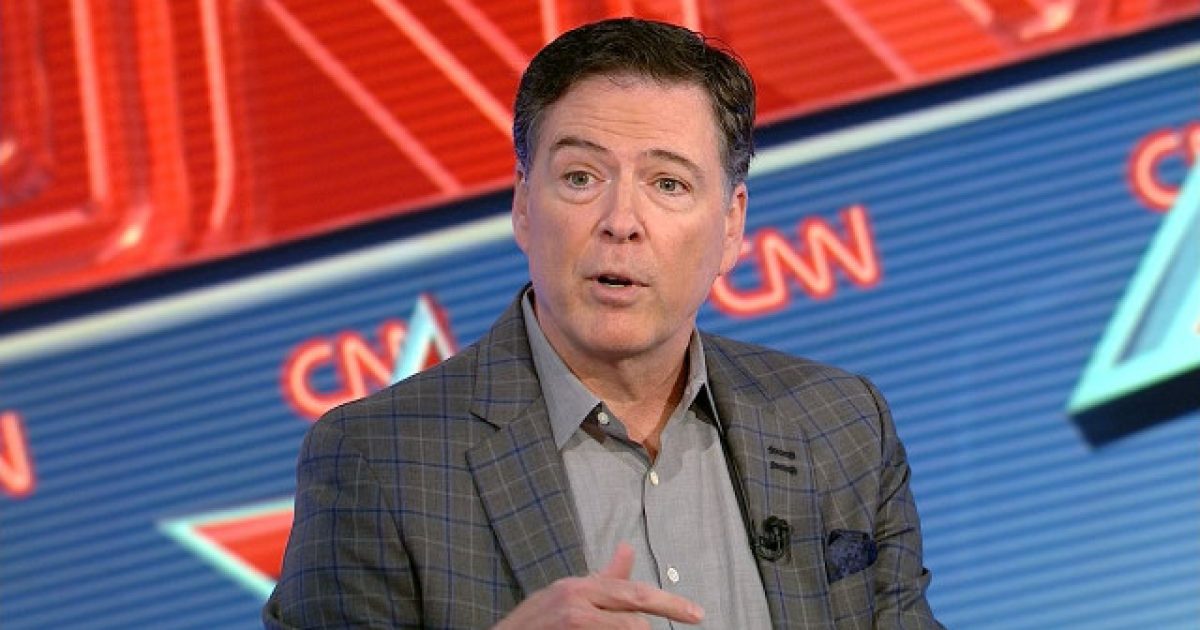 Disgraced former FBI Director James Comey — who was booted from his position back in 2017 by President Trump and has dedicated all of his time since to undermining Trump’s administration publicly — participated in a CNN town hall where he was asked about the impact of anti-Trump former FBI agent Peter Strzok and his lover, former FBI attorney Lisa Page, had on the credibility of the bureau and the investigation into the president.

His answer was “very painful.”

Strzok and Page have repeatedly found themselves in headlines, and official inquiries, because of their correspondence while they were both employed by the FBI in 2016 and 2017 about Trump, for whom they repeatedly displayed their hostility. Strzok headed up the FBI’s investigation into Hillary Clinton’s illegal private email server and was a member of Robert Mueller’s team in the early stages of the “collusion” investigation before the special counsel was forced to remove him after his problematic anti-Trump messages came to light. Just Monday, Senate Homeland Security Committee Chairman Ron Johnson (R-WI) and Finance Committee Chairman Chuck Grassley (R-IA) sent a letter to Intelligence Community Inspector General Michael Atkinson highlighting yet another text from Strzok to Page that raised more questions about the intelligence community’s role in leaks to the media concerning the Trump-Russia investigation.

In a moment from the town hall Thursday noted by Mediaite, host Anderson Cooper, after giving the audience a primer on Strzok and Page, introduced a question from an audience member about what consequences Comey believes Strzok, Page and fired Acting FBI Director Andrew McCabe should have faced.

“Considering the high standards that we set for law enforcement, what do you think should have been the consequences for Peter Strzok, Lisa Page, and Andrew McCabe?” the audience member asked Comey.

“I think, given the standards that we have — especially we in the FBI have — there should have been, and was, severe discipline around their behavior,” said Comey. “As Anderson said, very different episodes of behavior. Everyone has opinions — about political issues, about religious issues, and sports issues. You can’t bring them to work and have them affect your work. There have to be severe consequences. FBI employees must tell the truth, always. And if they don’t, I don’t care what it’s about, it’s going to be investigated and there’s going to be severe consequences. ”

After insisting that he knew nothing about Strzok and Page’s opinions on Trump and suggesting that McCabe likely didn’t either, Comey was asked by Cooper if he would admit that Strzok and Page had “damaged” the bureau’s reputation or “tarnished” the Russia investigation.

“So, do you acknowledge that this whole episode with Strzok and Page that it damaged the reputation of the FBI and that it perhaps tarnished the investigation?” asked Cooper.

“Definitely,” said Comey. “Yeah. Very painful. It was important that it be investigated, and important that there be discipline that follows it. But yeah, it made us all look bad.”

Now, before you start thinking that maybe Comey has grown up a bit here lately, he did go on to try and make a defense of Strzok, stating he is a “very talented agent.”

Still, he went on to note Strzok’s actions hurt the institution of the FBI, and on that point he’s absolutely right.

However, the whole thing with Strzok coming to light is a good thing for Americans to know about. It helps them be more discerning about the information they hear coming out of this particular department and reminds them that folks with a political axe to grind are everywhere.

Nothing is truly objective anymore it seems, so those of us who are consumers of news product need to be more willing to do our due diligence and actually research things that are being reported by mainstream media outlets. This is more work for us, but if we care about the truth — and we should — then it’s what is necessary.

Those who are in positions of authority need to take greater care to ensure they are applying the law equally to all people and are leaving their personal politics out of things to ensure everyone is treated fairly.