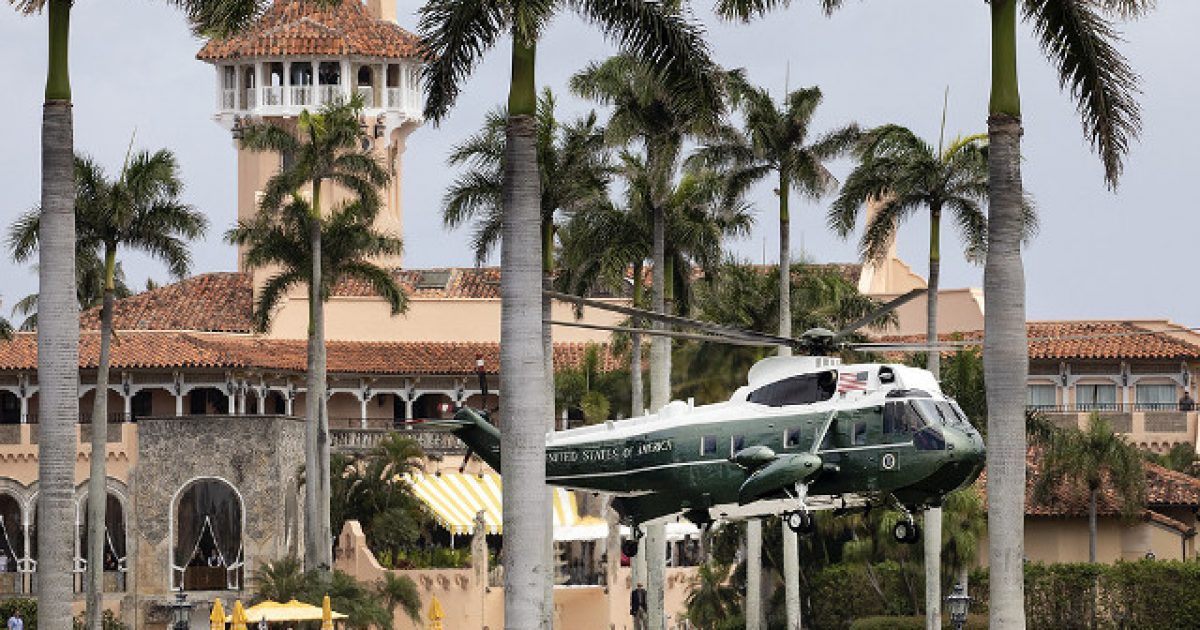 A 19-year-old college student pleaded guilty to pulling a fast one over on the Secret Service agents guarding President Trump, allowing him onto Mar-a-Lago property while the president was visiting the resort location over the Thanksgiving holiday.

Mark Lindblom, a business major at the University of Wisconsin, apologized to a federal magistrate on Tuesday for his actions that he said weren’t intended to harm anyone, the Palm Beach Post reported.

“I wanted to see how far I could get,” Lindblom told Magistrate Judge William Matthewman, according to the newspaper.

The incident occurred while Lindblom was visiting his grandparents who are members of the nearby Palm Beach Bath & Tennis Club, which shares a beach with Mar-a-Lago.

On Nov. 23, Lindblom reportedly walked down the beach and into a security line where Mar-a-logo club members pass through a metal detector before re-entering the club’s property.

“Mr. Lindblom was wanded by Secret Service agents and he walked on through,” lawyer Marcos Beaton told the court, according to the newspaper.

Lindblom was on the property for about 20 minutes before being arrested by the pool.

Assistant U.S. Attorney John McMillan stated that they had no reason to believe that Lindblom had any sort of criminal or terroristic intent or purpose and simply made a foolish decision.

Lindblom cooperated with agents during his arrest. This incident has led to a tightening up of the security at the club to prevent folks from being able to sneak onto the property in the future.

Lindblom has since apologized for wasting the agents’ time. Matthewman reminded the young man that he could’ve been shot by the Secret Service and that his foolish course of action could’ve cost him his life.

Lindblom received one year of probation for entering or remaining in a restricted building or grounds. He could’ve spent six months in prison so he got off relatively light.

The kid isn’t a threat, just an idiot. Well, maybe not an idiot, just a foolish young man who did something stupid. Everyone does it when they’re that age. Let’s hope he grows beyond this and matures.

What NRA’s Win In A Left-Coast Case Means For The Fight Against Gun-Grabbers
February 26th, 2021 Clash Daily