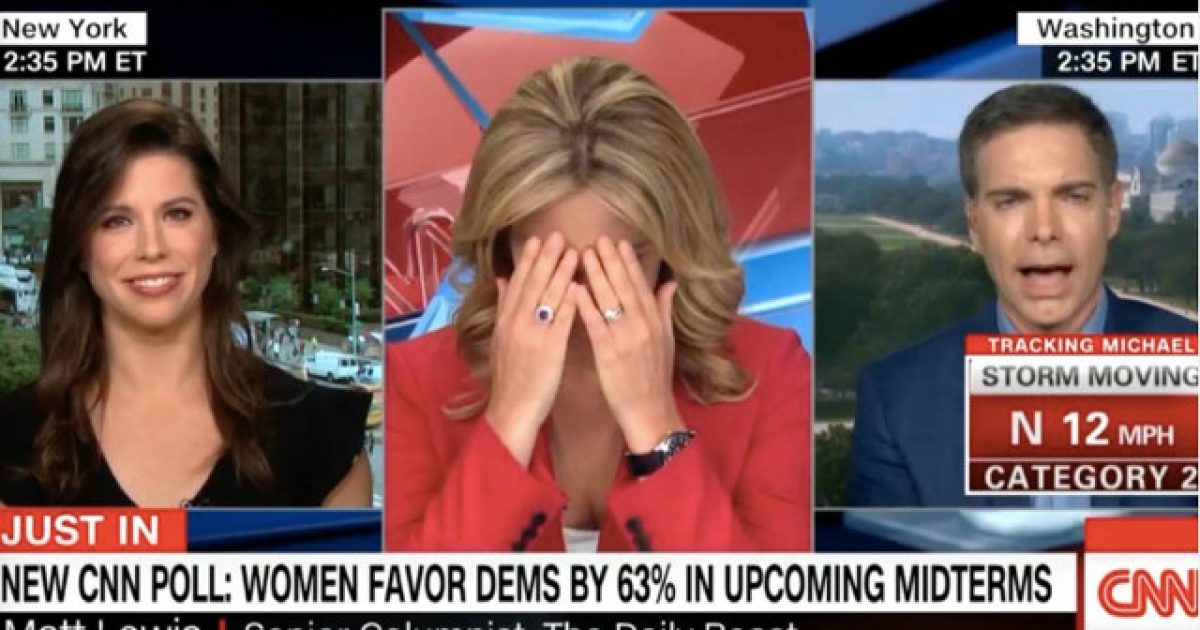 CNN anchor Brooke Baldwin had a very strange reaction to the use of the word “mob” to describe liberal protesters, which was used by a guest on her program to describe the behavior of radical leftists against Brett Kavanaugh.

This, ladies and gents, is the very definition of melodramatic. Guess we should expect nothing less from the fine folks over at CNN.

Baldwin was discussing the political climate with conservative commentators Mary Katherine Ham and Matt Lewis when she appeared offended at the use of a certain word to describe protesters. Lewis used the example of obnoxious demonstrators screaming and yelling at Sen.Ted Cruz (R-Texas) and his wife as they tried to eat dinner in Washington, D.C.

“I believe it’s the overreaction of the left,” Lewis said, “when you see people like Ted Cruz being chased out of restaurants by a mob…”

“It’s totally a mob! It is without a doubt!” he responded.

“There’s no other word for it!” Lewis said.

“Matt. A mob? Stop! Stop! A mob is what we saw in Charlottesville, Virginia, two Augusts ago,” she interjected, referring to an “alt-right” demonstration where a man rammed his car into left-wing counterprotesters and killed a young woman.

“What about the people that were on the Supreme Court, banging on the walls what do you call that?” Lewis continued. “Civil protest? Or is that a mob? I think it’s easily a mob.”

“Yeah, and if it were TeaPartiers, we’d call it a mob for sure,” said Ham. “Let’s be serious.”

“Let me move past the m-word, because I do feel like that is part of the weaponization of what’s happening now on the right,” Baldwin said.

The clip for this was, for some reason, removed from YouTube, but you get the gist of how ridiculous this whole thing was.

Here’s the thing, if the word “mob” is what you’d use to describe Tea Partiers or other law abiding, peaceful conservative protesters, but you dislike it being used on your own party and thus ban it, you’ve got a serious problem.

Here’s the thing. Leftists — like Antifa for example — have literally swarmed on people who think differently than they and have physically assaulted them. That, by definition, is a mob. When you gather around folks who are conservative at a restaurant and angrily disrupt their meal and chase them from an establishment, that is mob mentality. No matter how you cut it.