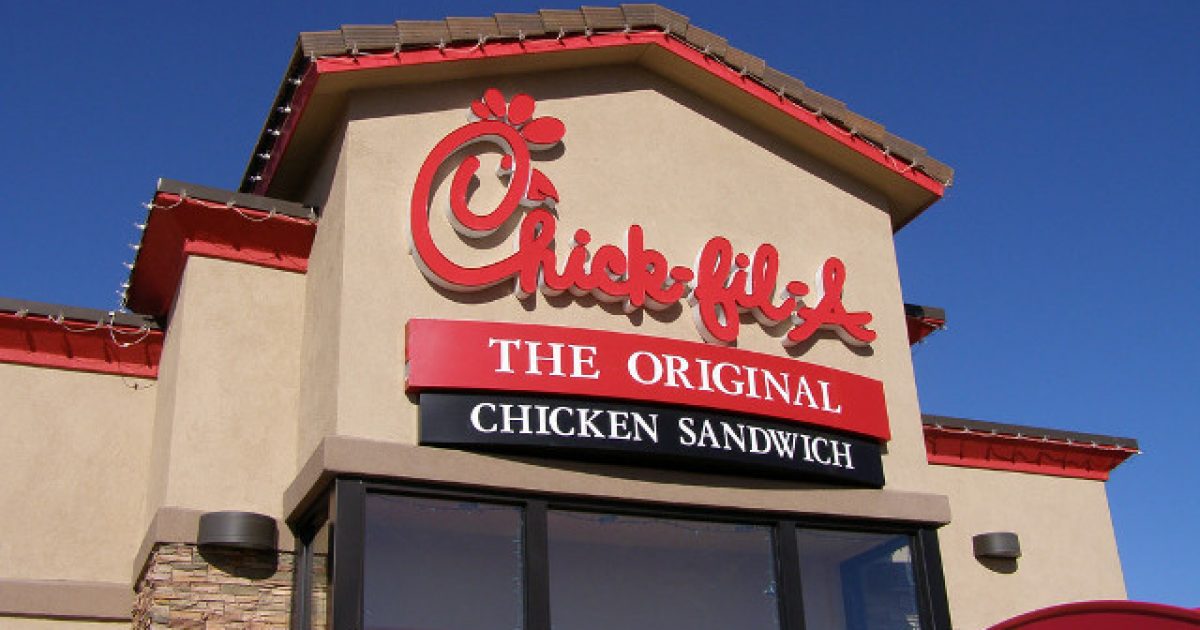 Students at Trinity University who voted to ban Chick-fil-A from the campus dining hall got a reply from the school administration that they are most certainly not going to be happy with.

The school has more or less told the kids they will not be removing the restaurant from the dining hall and those who don’t like it need to get over it.

This is definitely one of those awesome feel-good stories.

The school’s student government previously voted unanimously to remove the restaurant from school property because students felt that the restaurant’s traditional Christian values was a “drastic assault on [LGBTQ] students.”

Tess Coody-Anders, the school’s vice president for strategic communications and marketing, sent an email to students notifying them that their vote effectively means nothing.

The student resolution read, “Trinity’s values of diversity and inclusion and Chick-fil-a’s values regarding the LGBT+ community are mutually exclusive.”

“We do not make vendor decisions based on their political or religious beliefs,” the message read in part. The communication added that the school considers “utilization, variety of options, vendor performance, and campus-wide feedback” when selecting vendor offerings on the school’s San Antonio campus.

The email added, “Based on these criteria, Chick-fil-A appears to be a preferred vendor by students and the broader Trinity community.”

Sen. Claire Carlson told the school paper that it’s only natural that people should feel “uncomfortable” on the campus as a result of Chick-fil-A.

“Obviously [the presence of Chick-fil-A] has the potential to make a lot of people feel uncomfortable on campus, and also it looks really bad for Trinity in the context of recruiting potential students who may be a part of the LGBTQ community,” Carlson complained.

The fact that a bunch of clueless young people are once again “outraged” over something isn’t the big story here. The real kick to the lower region in all of this is that this vote took place at a Christian university.

A place where students are supposed to be believers in Jesus Christ and upholding the Word of God, which clearly teaches that homosexuality is a sin, an abomination to the Lord and the created order He instituted at the beginning of the world.

This goes to show just how much the evangelical world is being infected by progressive thought and why Christians need to be taking a stand on the Word of God as the absolute standard of truth and righteousness. If we don’t stand now, this infection could prove fatal to the church.