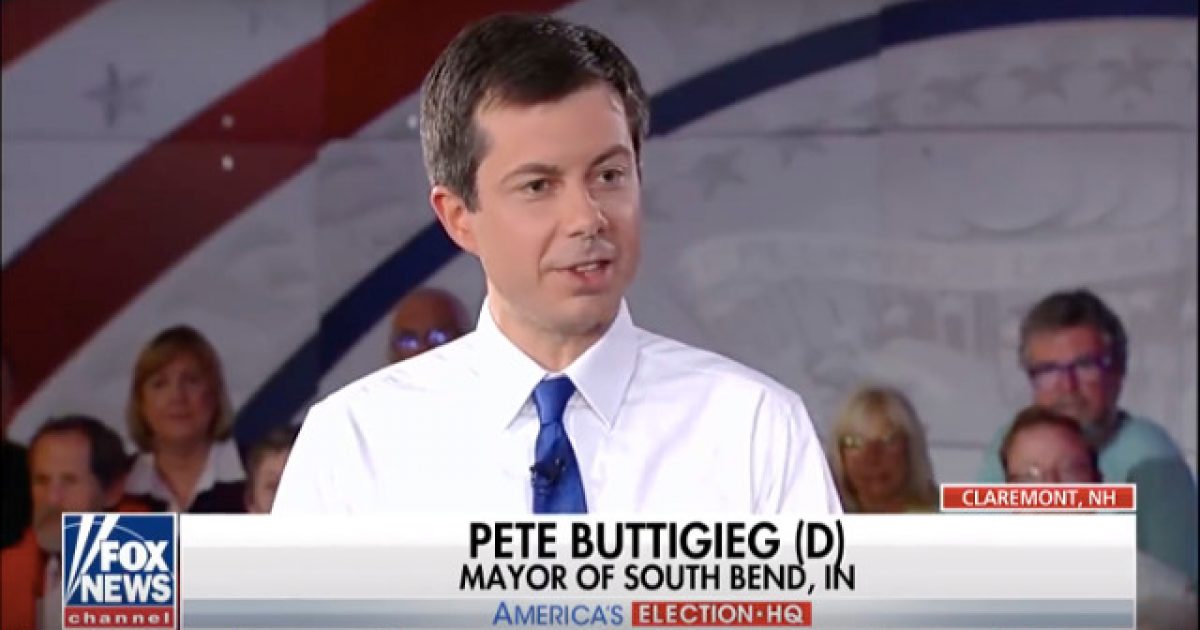 Democratic presidential candidate Mayor Pete Buttigieg was grilled mercilessly by Fox News host Chris Wallace during a town hall on Sunday, where he revealed a rather extreme position on the issue of abortion.

Wallaced asked Buttigieg whether or not he supported government implementing limits on abortion access. His answer is pretty disgusting.

“Do you believe, at any point in pregnancy — whether it’s at six weeks or eight weeks or 24 weeks or whenever — that there should be any limit on a woman’s right to have an abortion?” Wallace asked.

“You know, I think the dialogue has gotten so caught up on when you draw the line that we’ve gotten away from the fundamental question of who gets to draw the line,” Buttigieg responded. “And I trust women to draw the line.”

Seeking clarification, Wallace followed up by asking Buttigieg whether he supports women “well into the third trimester” seeking abortions, noting that approximately 6,000 third-trimester abortions happen in the U.S. each year.

“So, let’s put ourselves in the shoes of a woman in that situation. If it’s that late in your pregnancy, that means almost by definition you’ve been expecting to carry it to term,” Buttigieg responded. “We’re talking about women who have perhaps chosen the name, women who have purchased the crib, families that then get the most devastating medical news of their lifetime, something about the health or the life of the mother that forces them to make an impossible, unthinkable choice.

“The bottom line is, as horrible as that choice is, that woman, that family, may seek spiritual guidance, they may seek medical guidance, but that decision isn’t going to be made any better, medically or morally, because the government is dictating how that decision should be made,” he explained.

There aren’t many legitimate areas in our lives as the general public where the government should intervene, but when it comes to murdering innocent human beings in the womb, which violates God’s law and our own natural sense of right and wrong inherently put in us by our Creator, the government actually should be involved.

Abortion should absolutely be made illegal, all across the country. But we shouldn’t stop there. It needs to be criminalized too. Both abortion doctors and the women who seek to have this procedure should be prosecuted. Period.

This is a very simple issue that progressives have done their best to muddy up. Let’s stop with the nonsense and do what we all know is right.