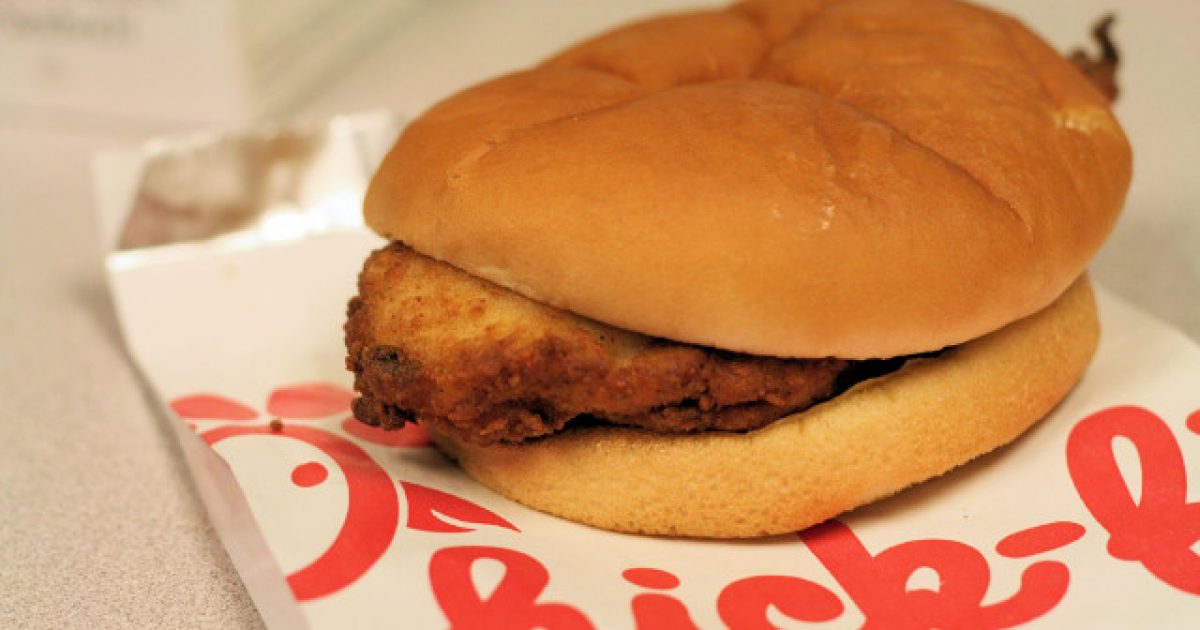 Executive director of the Chick-fil-A Foundation and vice president of corporate social responsibility, Rodney Bullard, recently addressed critics and protesters by saying the company’s charity would consider working with an LGBTQ organization if a potential partnership was “authentic.”

While many are gushing about how awesome this and how it demonstrates there is no hate or discrimination in this company, it’s somewhat concerning as it seems the company might be compromising values it proclaimed so boldly in days past. Is that really the case though?

Bullard told Business Insider in an interview published on Tuesday that he could foresee the charity working side-by-side with an LGBTQ organization benefiting juveniles if the partnership was both “impactful and … authentic.”

“Would we do it just for reasons that weren’t authentic?” he told Business Insider. “No, we wouldn’t do that.”

Bullard, who attended the U.S. Air Force Academy and served as a White House fellow under former President Barack Obama, joined the company in 2011.

“There’s a calling to help people, and I think at times that has been confused with a calling, somehow, to exclude,” he explained. “And that’s not the case. The focus, the phrase ‘every child’ — we’re very intentional about that. We do have programs and we look for programs that are inclusive as well to help every child.”

Bullard apparently doesn’t worry too much about backlash and protests staged against the company, and said that the foundation “has a much higher calling than any political or cultural war.”

“For us, that’s a much higher calling than any political or cultural war that’s being waged,” Bullard explained. “This is really about an authentic problem that is on the ground, that is present and ever present in the lives of many children who can’t help themselves.”

Bullard himself went on to say that he doesn’t spend his time dwelling on the criticisms and headlines, but on the good works the company is doing.

This is one of those tricky statements made that sounds like potential compromise on important values, but in actuality, it may not mean that at all. We’ll just have to wait and see what this looks like if that day ever comes.

On another note, the attitude Bullard has about ignoring the hate is right on the money. Rather than worry what people think of them, Chick-fil-A focuses on being faithful to the Scriptures by living out the love of God on those it seeks to help. This is something we could all use a little more of in our lives.

Let’s hope they continue to stay true to their values and provide the example of true servant leadership we all need to see.