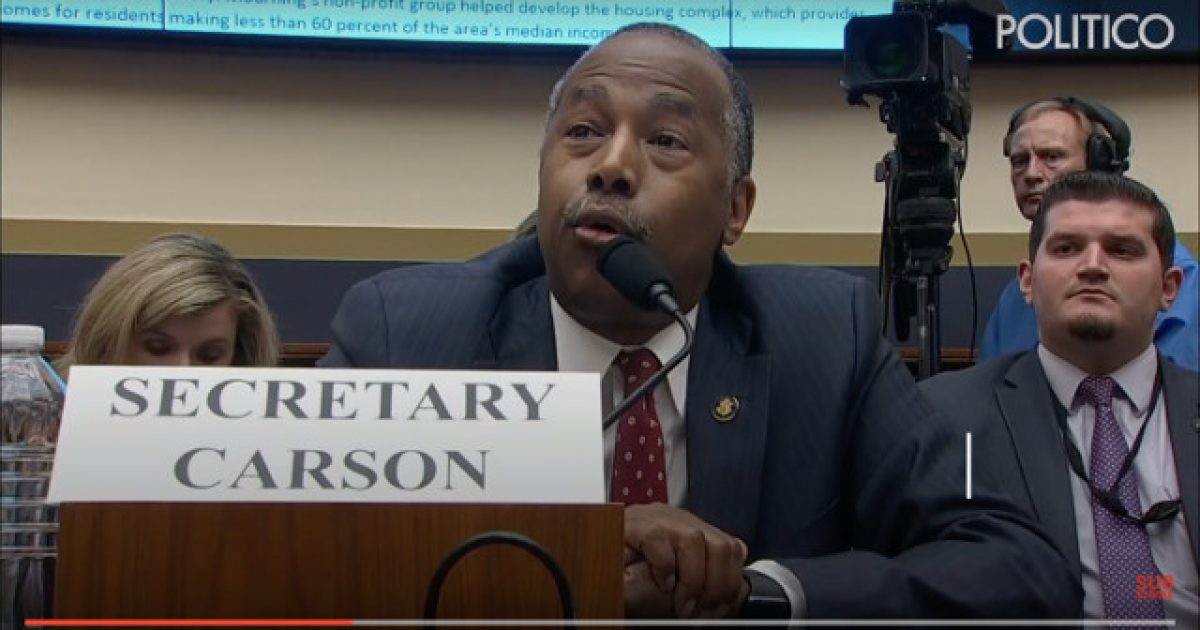 HUD Secretary Ben Carson sent a package of Oreo cookies to a Democratic member of Congress after a video of the two interacting at a congressional hearing went viral on Tuesday.

Yes, that might sound weird, but it’ll all make sense in a minute.

Carson was speaking about housing in the United States when Rep. Katie Porter (D-Calif.) quizzed him on a term that Carson misheard.

“I’d also like you to get back to me if you don’t mind to explain the disparity in REO rates,” said Porter. “Do you know what an REO is?”

She went on to explain that the acronym stood for Real Estate Owned, which refers to properties that have gone through foreclosure.

Liberals pounced on the interaction to accuse Carson, who was formerly a celebrated neurosurgeon, of not being intelligent enough for the position in the Trump administration.

The man obviously was trying to be playful, or perhaps he misheard. Regardless, the folks calling this man unintelligent are clueless. Carson was literally a brain surgeon, one of the best in the world, in fact. He’s hardly got a lack of intelligence.

Is he cut out for the position he holds? Maybe. Maybe not. That, however, is a totally different topic than essentially calling the man stupid, which he clearly is not.

Then again, liberals live for name calling, so perhaps it shouldn’t be surprising to see them come after someone with nothing but name calling.