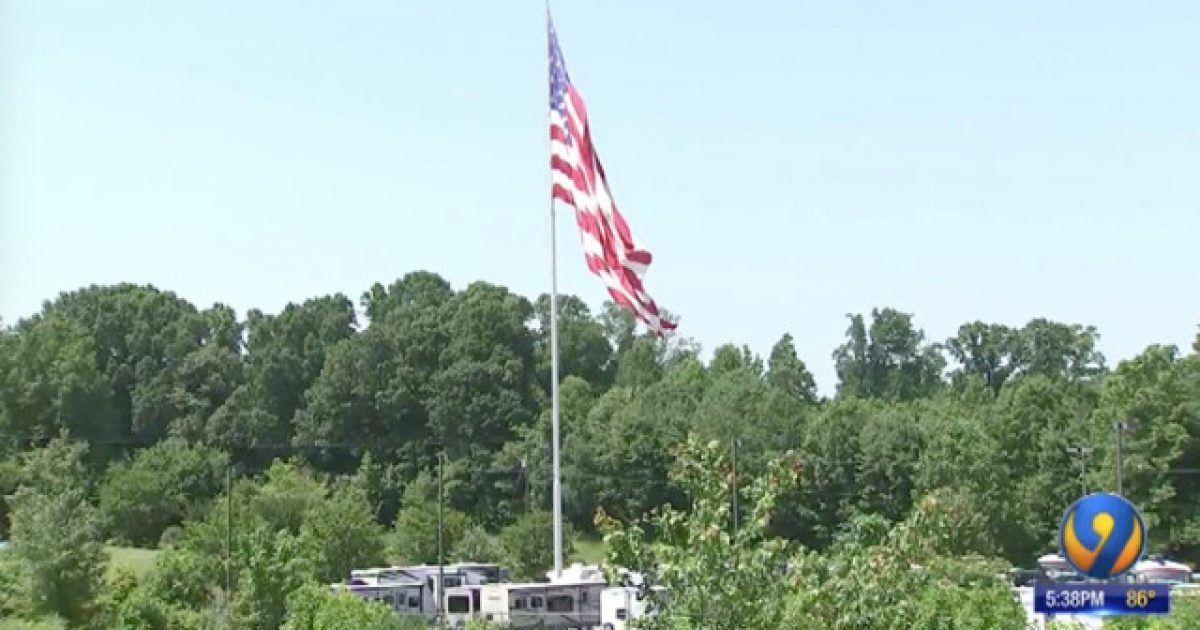 Marcus Lemonis, CEO of Camping World, is going toe-to-toe against city leaders concerning the huge American flag that is hoisted high above his Gander RV business in the city of Statesville, North Carolina.

The city wants him to take it down and has threatened him with various forms of legal action if he doesn’t comply. Lemonis is standing his ground.

Lemonis, who’s best known for his CNBC television show, “The Profit,” has refused to remove the 40-by-80 foot flag that the city said is too large and violates a city ordinance.

“There is no way that flag is coming down,” Lemonis tweeted Saturday.

The city recently filed a lawsuit seeking to force the company to take down the flag. It has also imposed a $50-a-day fine.

The city ordinance in question states that a flag within 100 feet of a highway can’t be larger than 25-by-40 feet. A measure to amend the ordinance failed in October, WSOC-TV reported.

But the self-made millionaire isn’t concerned about the lawsuit or fines his company now faces.

“My family has been car dealers, had been car dealers since the 1960s, and our key trademark was always flying our flag in our dealership in south Florida,” Lemonis told the news outlet. “My family is largely immigrants of the country.”

A petition launched in support of Lemonis has garnered 87,000 signatures, which means he largely has the support of his local community and the support of many American loving individuals across the country.

This is exactly right. This piece of cloth represents the values and principles of our founders and of every single man and woman who has put their lives on the line to defend our nation from threats to our liberty both foreign and domestic. It’s a symbol of hope and a representation of what we all believe as a nation.

There should be no problem with this flag flying high. Here’s to hoping the ordinance gets changed.