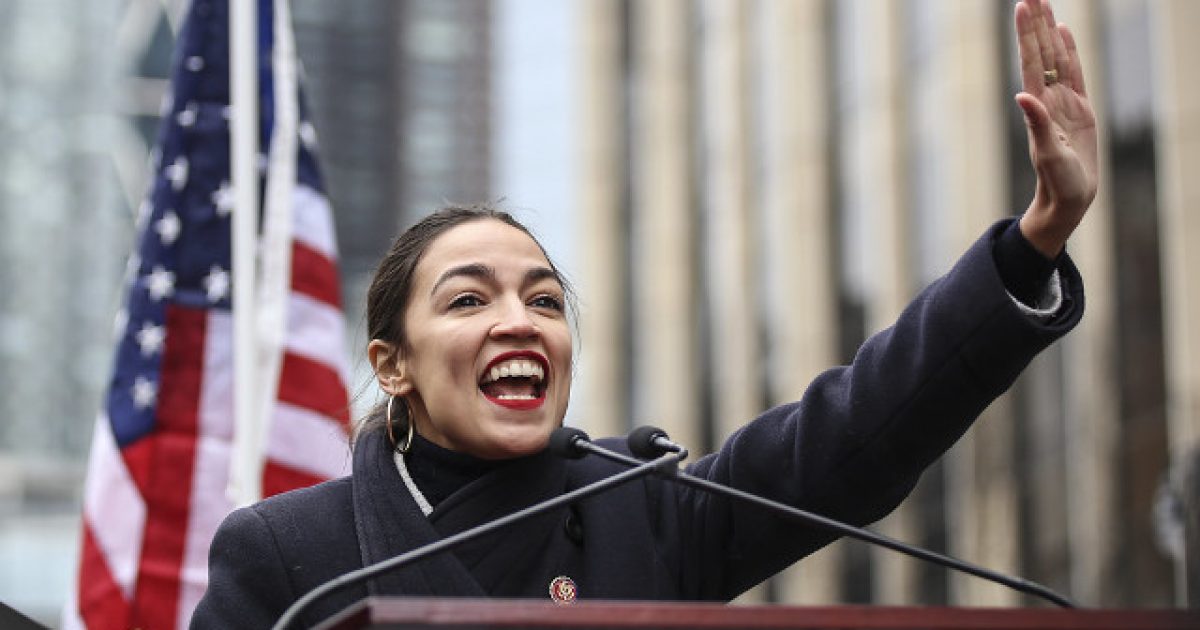 A minor league baseball team has officially issued an apology to Rep. Alexandria Ocasio-Cortez after playing a Memorial Day tribute video that included her in a segment that labeled her amongst the “enemies of freedom.”

They might be apologizing for it, but let’s be honest. Given the fact that AOC is a raging socialist who wants bigger and more intrusive government, which goes against everything this nation was founded on, it’s pretty safe to call her an “enemy of freedom.”

During a doubleheader Monday night, the Fresno Grizzlies aired a clip between games at Chukchansi Park that showed a series of images set to a patriotic speech given by the late President Ronald Reagan. The congresswoman’s picture was included in a part where Reagan speaks of the “enemies of freedom,” sandwiched between North Korean dictator Kim Jong Un and deceased Cuban communist leader Fidel Castro.

The other images in the “enemies of freedom” portion showed Antifa activists.

The Grizzlies — a Class AAA team affiliated with the Washington Nationals — issued a statement apologizing to their fans, the community, and past and current service members afterward, saying that “unfortunately what was supposed to be a moving tribute ended with some misleading and offensive editing, which made a statement that was not our intent and certainly not our opinion.”

The club also apologized to Ocasio-Cortez directly, saying on Twitter, “We’re embarrassed we allowed this video to play without seeing it in its entirety first. We unconditionally apologize to Rep. Ocasio-Cortez in addition to our fans, community and those we hurt.”

We're embarrassed we allowed this video to play without seeing it in its entirety first. We unconditionally apologize to Rep. Ocasio-Cortez (@AOC) in addition to our fans, community and those we hurt. It was a mistake and we will ensure that nothing like it ever happens again.

Paul Braverman, a spokesman for the Grizzlies team, stated that the individual who chose the video is remorseful for selecting it for the broadcast. He went on to say that all videos pulled from the Internet will not be shown in the future out of an “abundance of caution.”

There’s nothing wrong with this video. If folks were offended by it, they need to put their big boy pants on and get over it. Would there be any apology for a video that painted President Trump in a negative light? Safe bet that would be a big, fat “no.”

So why not just allow folks to have their own opinions and show videos that fit the occasion, even if it contains a political message we don’t necessarily agree with. Folks can always leave if its bothersome.

Then again, maybe taking further action to not play videos in the future is the best course of action. A baseball game shouldn’t really be politicized to begin with, right?