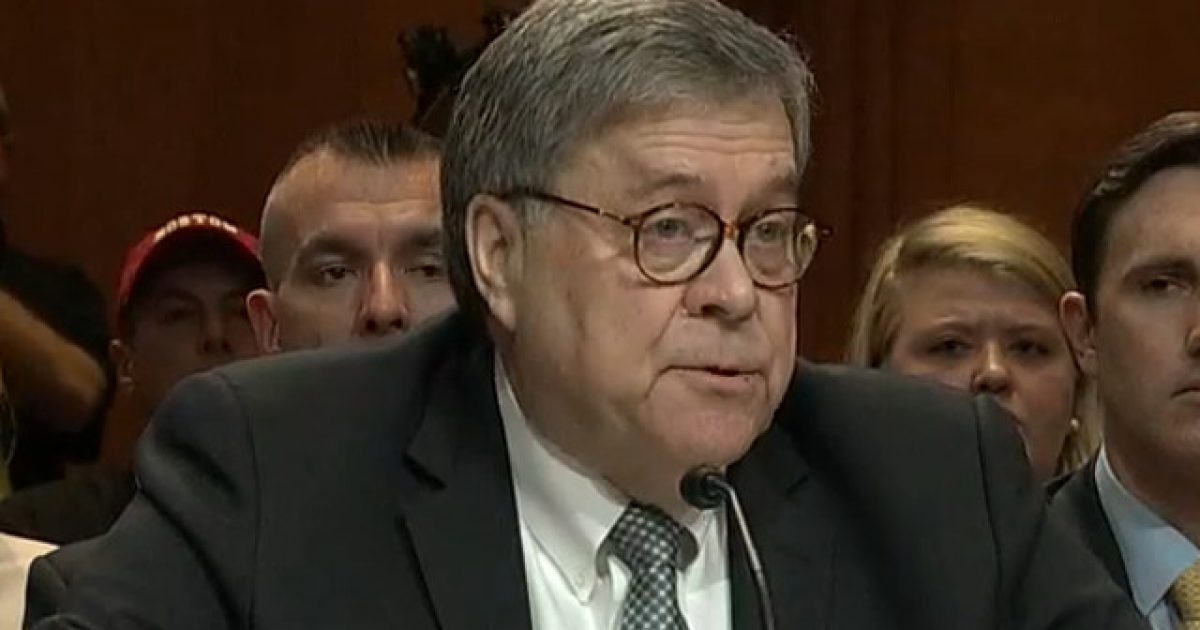 Attorney General Bill Barr has decided to appoint a U.S. attorney to investigate the origins of the Russia investigation and to find out whether or not the FBI’s surveillance of the Trump campaign back in 2016 was legal.

If you cup your hand to your hear, you can currently hear the sound of liberals all across the country crying themselves to sleep in the fetal position.

The Associated Press reported that a source, who spoke on the condition of anonymity, said that Barr “appointed John Durham, the U.S. attorney in Connecticut, to conduct the inquiry.”

“The inquiry will focus on whether the government’s methods to collect intelligence relating to the Trump campaign were lawful and appropriate,” The AP added. “Durham has previously investigated law enforcement corruption, the destruction of CIA videotapes and the Boston FBI office’s relationship with mobsters.”

In April, a Trump administration official told Fox News that Barr had assembled a team to investigate the origins of the Obama administration’s FBI counterintelligence investigation of the Trump campaign.

“I am reviewing the conduct of the investigation and trying to get my arms around all the aspects of the counterintelligence investigation that was conducted during the summer of 2016,” Barr said during a congressional hearing in April.

This is exactly what needs to happen. Trump and his administration need to hold folks accountable for their actions, particularly when they have done things that are illegal and have actually attempted to interfere with our elections.

Isn’t it hilarious that the same party who were up in arms over Trump possibly colluding with Russia to interfere in the presidential election might have been trying to dig up information they were going to use to sway people away from Trump? Isn’t that a form of interference?

Regardless, Trump turned out to be innocent, but the individuals who tried to sabotage him might be in big trouble. You can’t make this craziness up.