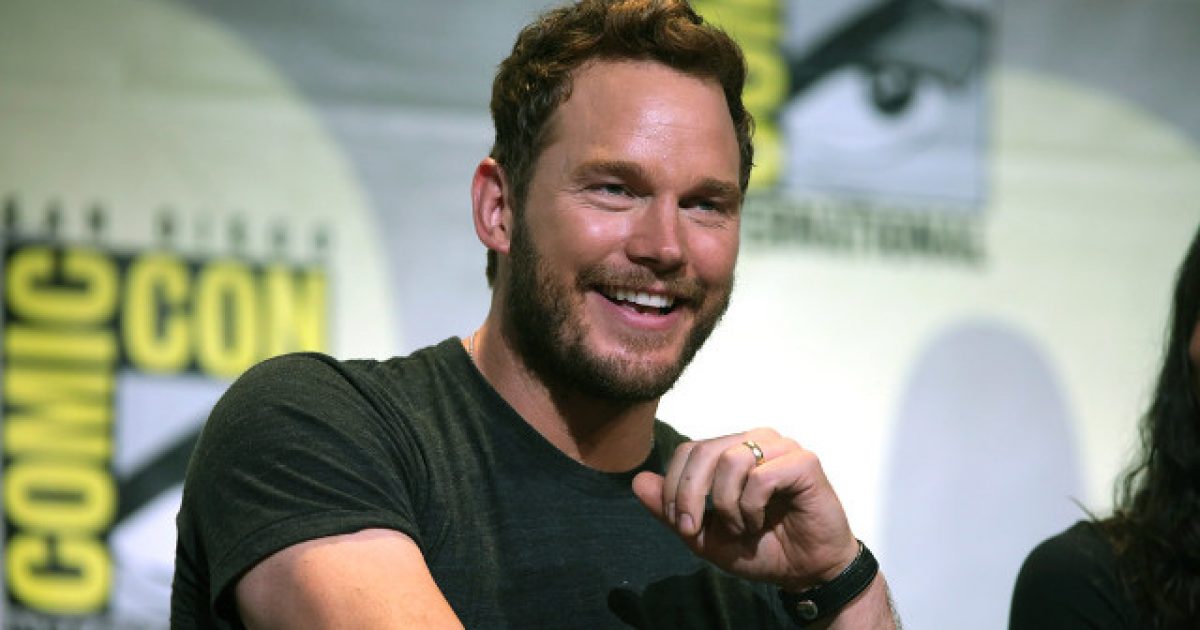 There aren’t a whole lot of actors in Hollywood that are deserving of respect and honor, which is what sets Chris Pratt and John Krasinski apart from their peers. These two actually seem to have a decent grasp on traditional values the vast majority of Americans still hold to.

This was put on full display this week when both actors encouraged folks to take the “Murph Challenge” and honor America’s fallen veterans. Yes, that’s right. These two chose to use their platform, on Memorial Day, to actually honor those who gave their lives to protect our freedoms instead of pushing a political agenda.

According to Newsweek, both Pratt and Krasinski announced on their social media profiles over the weekend that they would be undergoing “The Murph Challenge” and encouraged others to join them. The exercise challenge honors U.S. Navy SEAL Lt. Michael Murphy (played by Taylor Kitsch in the movie “Lone Survivor”). He was killed while serving in Afghanistan in 2005 by exposing himself to gunfire, enabling famed Navy SEAL Marcus Luttrell to escape.

“The Murph Challenge is a fundraiser for the Lieutenant Michael P. Murphy Scholarship Foundation and in 2018, raised almost $250,000,” reports Newsweek. “The foundation currently awards 27 or more scholarships each year.”

More information on the Murph Challenge from its website:

The Murph Challenge is the Official annual fundraiser of the LT. Michael P. Murphy Memorial Scholarship Foundation, presented by Forged®. It is also one of the primary means of funding for the Foundation on an annual basis. YOUR support is what drives our success!

Since 2014, Forged® has raised over $1,000,000+ for the LT. Michael P. Murphy Memorial Scholarship Foundation through The Murph Challenge campaign. In 2018, The Murph Challenge Fundraiser provided a vehicle to raise nearly $250,000 in order to begin construction on the LT Michael P. Murphy Navy SEAL Museum/Sea Cadet Training Facility in Long Island, NY! In addition to that, and ONLY with such overwhelming support and success, the Foundation was also able to add four additional scholarships in 2018, now providing the opportunity to award 27 or more scholarships each and every year!

Wearing a Murph Challenge T-shirt, actor Chris Pratt released a video of himself working out at The Unbreakable Gym in Los Angeles last week. “We got a big group of people doing The Murph Challenge this year to celebrate Memorial Day and to memorialize our fallen heroes, especially Lieutenant Michael Murphy,” Pratt said.

The “Guardians of the Galaxy” star also thanked Lt. Michael Murphy for his brave sacrifice. “Thank you to Lt. Michael P Murphy and the millions of soldiers who have paid the ultimate sacrifice for our freedom. We live this life because you laid down yours, gratitude and prayers for all of you,” Pratt said.

On Thursday of last week, John Krasinski posted a video on social media encouraging his followers to do the “Murph Challenge.”

“On Monday, remember to stop at some point in your day, think and say, ‘thank you,’ to all the brave men and women who laid down their lives for you,” Krasinski said. “If you want to do something a little extra special on Monday, or before then, take the Murph Challenge.”

I got mine! You better get yours @prattprattpratt !! Join us by registering today at themurphchallenge.com @MurphChallenge

https://t.co/V1psc13hjP Memorial Day is coming up. Take a moment of your day Monday to say thank you to the brave men and women who laid down there lives for all of us. Wanna do a little something more? Take the #TheMurphChallenge !! @donsaladino @prattprattpratt @TheRock pic.twitter.com/BGAVJjnk6X

#MemorialDayMurph is just around the corner. Me and the gang got one done yesterday. Go to https://t.co/XQBzOskTvk to find out what I’m talking about, get you a shirt-post a sweaty pic with your crew for a RT! Order… https://t.co/PrNaiFj8Sj

These two are genuinely class acts. How wonderful to see two Hollywood stars use their platform to bring honor to those who have given the ultimate sacrifice in order to ensure that our enemies abroad don’t destroy our way of life.

We owe the brave men and women in our armed services so much that we could honestly never repay their bravery and willingness to sacrifice it all to protect innocent people. It’s a wonderful gift they have given to us over the years.

Let’s follow the example of Pratt and Krasinski and make sure to thank those who serve who are still with us.