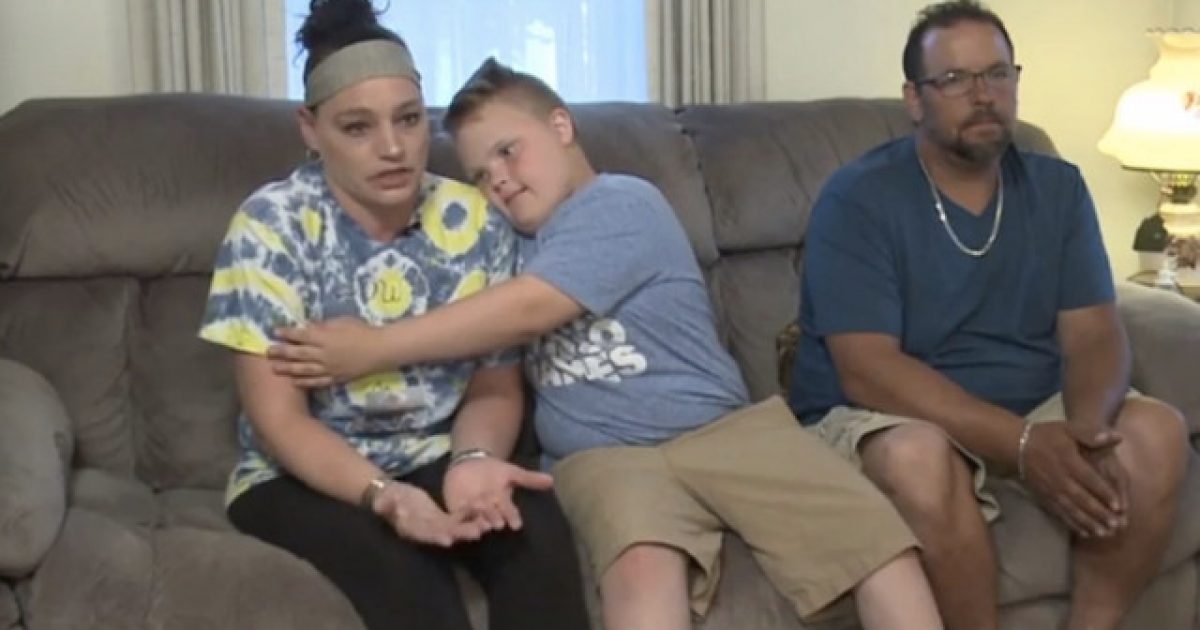 Just think about how terrifying it would be to be an 11-year-old boy with Down Syndrome and fall asleep on the bus only to wake up completely alone, parked in front of a stranger’s home.

As if we all needed another reason to hate government run public schools, right?

Even more terrifying is the fact Evan tried hitchhiking to get home.

“He was scared, he was crying, he couldn’t find his way home,” Evan’s father Joshua Clifford told Lancaster Online.

Evan walked around the mobile home park where the bus driver lives and then found his way to nearby Route 272 where he tried to hitchhike home, Clifford added to the outlet.

But he noted to Lancaster Online that a motorist saw Evan and stopped to ask if he was OK, after which the boy shared his mother’s phone number — and the good Samaritan driver called Evan’s mom, Dana Clifford.

With that Dana Clifford and the couple’s 19-year-old daughter drove 20 minutes from their residence in Paradise to Evan’s location and took him home, Lancaster Online said. There was another woman in the rescuing vehicle as well, WGAL said.

“They saved him,” Dana Clifford told the station, calling the women “angels” for helping Evan. “I can’t thank them enough for what they did.”

As you might imagine, Clifford was furious with the school and with the individuals who were supposed to be in charge of taking account of Evan and ensuring he got off the bus.

“I can’t imagine how you cannot check and can just miss a child,” Dana Clifford told WGAL, adding that Evan “could have been raped or murdered or killed.”

You’re all probably wondering what happened to the bus driver. Well the busing company gave said individual the boot for failing to do a “required post-trip bus inspection.”

“This is unacceptable and we apologize for jeopardizing student safety,” the statement added, WGAL said. “The bus driver has been terminated for failing to follow safety protocol. We will work with the school district to make sure this will never happen again.”

An aide apparently attempted to wake Evan up, but got distracted by caring for another student and forgot about him.

This is something that could’ve been easily avoided had the bus driver done their job to ensure all students had been safely delivered to their destinations. There’s no excuse for a failure of this magnitude.

Let’s hope little Evan isn’t too deeply scarred by the whole thing and is able to move on without any further issues.