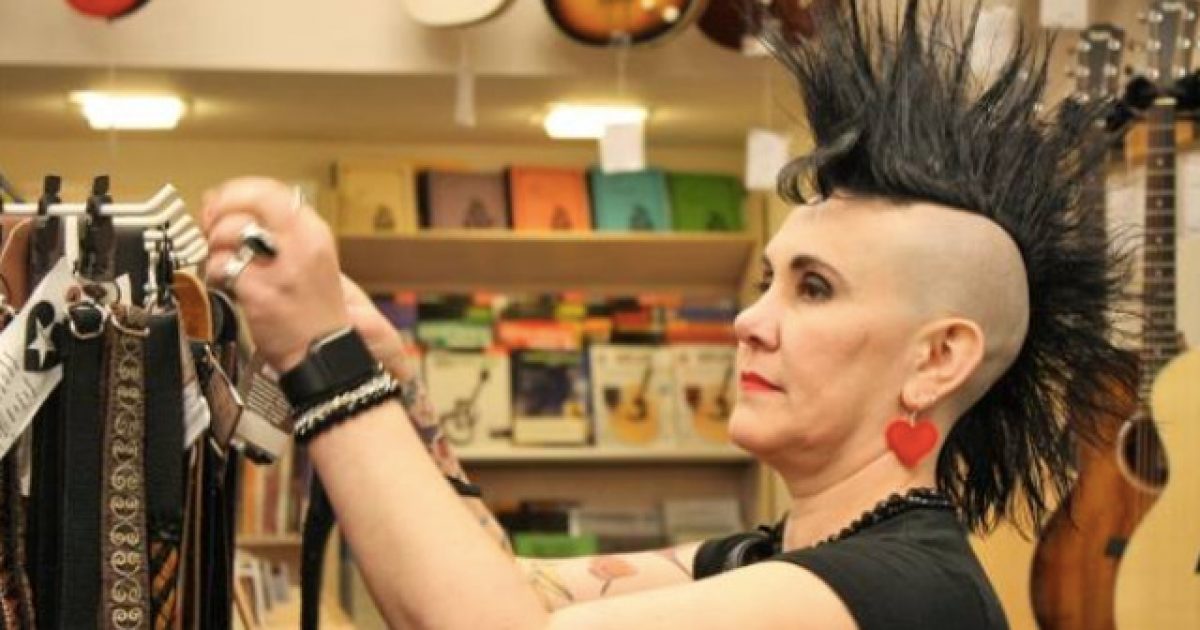 One of Bernie Sanders’ oh so passionate supporters from Palo Alto, California has discovered that a complete lack of self-control over one’s emotions comes with a hefty price tag.

The woman is facing some pretty intense backlash online after she went on an insane rip against an elderly man wearing a MAGA hat on social media. The whole fiasco led to her being fired from her job.

The woman posted a photo of the guy in the hat from a local Starbucks and told her followers on social media to find the guy and harass him. Because, you know, that sort of behavior is all it takes to win hearts and minds to your side of the argument.

A social media user by the name of Amy — AKA Twitter user @RightHookUSA — discovered Mankey’s purported threats, and took a screenshot of them before Mankey could delete the offending posts.

Amy wrote, “Parker Mankey is doxxing an old man on Facebook because he wore a MAGA hat in public. I’ve messaged Parker & let ‘her’ know that I will be contacting ‘her’ husbands work that ‘she’ publicly posts on her FB page, to show them the violence their employees’ wife is promoting.”

One of Mankey’s posts read, “Anybody in Palo Alto know this freak.”

“He will never forget me and will think seriously about wearing that hat in my town ever again,” Mankey’s post added. “If you see him in this hat, please confront him. You do not want to be the person who didn’t speak up as we slip into fascism.

Mankey went to state she yelled at the man inside the store, which led to him threatening to call the police on her. She apparently squalled some more and then left the establishment. Later on in the day she returned, finding the man still there.

Once again, she entered the store and demanded to know his name and address, his wife’s name, and his children’s school. As you can probably tell, this chick is absolutely nuts in every possible way you can define the term.

The man, growing tired of the woman’s abuse, left the store. But guess what? Mankey followed him, shouting nasty words at him and demanding he leave town forever. Ah, the sweet, sweet tolerance of the left.

Mankey claimed she was disappointed that no other white folks got up and yelled at this gentlemen, stating it’s the duty of white people to stand up to Trump supporters.

“I am going to publicly shame him in town and try to get him fired and kicked out of every club he is in,” she vowed. “I am going to go to his house and march up and down carrying a sign that says he hates black people. I am going to organize protests where he works to make him feel as unsafe as he made every brown person he met today.”

Parker Mankey is doxxing an old man on Facebook because he wore a MAGA hat in public.

I've messaged Parker & let "her" know that I will be contacting "her" husbands work that "she" publicly posts on her FB page, to show them the violence their employees' wife is promoting. pic.twitter.com/r45rU8RVPO

Mankey decided to deactivate her account on all social media platforms.

“With regard to the aforementioned incident on 4/1/19; the employee in question has been terminated. Gryphon does not believe anyone should be harassed or subject to hate speech no matter their beliefs. Music has historically been something that has brought people of diverse socio-political backgrounds together. We would like to make it clear that the opinions expressed and actions taken by the employee are not indicative of how we conduct ourselves at the shop and we hope we can continue to serve our customers across the country respectfully and universally as we have done for nearly 50 years.”

What you say and do has consequences, kids. Just because you have freedom of speech doesn’t mean what you say can’t still negatively impact your life, a lesson this woman just learned the hard way.