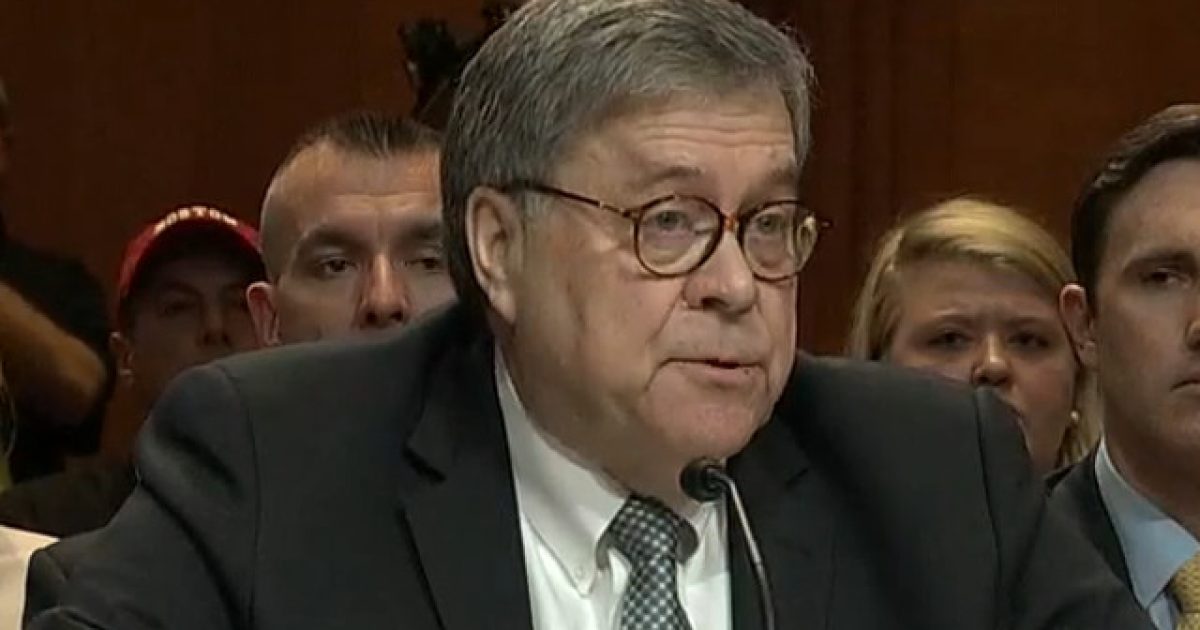 Attorney General William Barr held a press conference on Thursday where he announced that the two-year investigation into possible Russian collusion from Special Counsel Robert Mueller yielded no evidence to suggest that such a thing ever took place.

In other words, the election wasn’t “stolen” from Hillary Clinton. She was just such a terrible candidate and so out of touch with the American people that folks voted Trump, including a ton of Democrats.

And, given their current pool of “talent” running for office in the 2020 election, they don’t seem to have learned their lesson.

“We now know that the Russian operatives who perpetrated these schemes did not have the cooperation of President Trump or the Trump campaign, or the knowing assistance of any other American: for that matter,” Mr. Barr said at a press conference to describe the findings in a nearly 400-page report.

Mr. Mueller investigated not only direct efforts by Russian officials, but also the social media disinformation campaign, including the stealing and release of Democratic campaign emails, and cleared everyone in the Trump campaign orbit of wrongdoing.

“After two years of investigation, thousands of subpoenas and hundreds of warrants or witness interviews, the special counsel confirmed that the Russian government sponsored efforts to illegally interfere with the 2016 presidential elections but did not find that the Trump campaign or other Americans clouded in those efforts,” Mr. Barr said.

Barr went on to state there was not enough evidence to suggest that President Trump obstructed the investigation, stating that his constant complaining about the probe was nothing more than griping, stating that behind the scenes, the administration fully cooperated.

And yet, despite all of this being in the published and released Mueller report, the left refuses to believe it. They’re continuing their witch hunt, demanding that Mueller himself testify before Congress.

These folks seem to have no confidence in their own party to over come Trump in the 2020 election. If they did, they’d drop trying to impeach the president and focus on getting a worthy opponent for Trump next year. Instead, they want to get rid of him, recognizing that folks are going to come out of the woodwork and support him, meaning they have a slim chance of making him a one term president.

Their party is imploding. They know this, yet they’re still trying the same old strategies, clueless to the message the American people sent them in 2016. The vast majority of Americans want nothing to do with radical leftism, socialism, or political correctness. We want less government, not more.