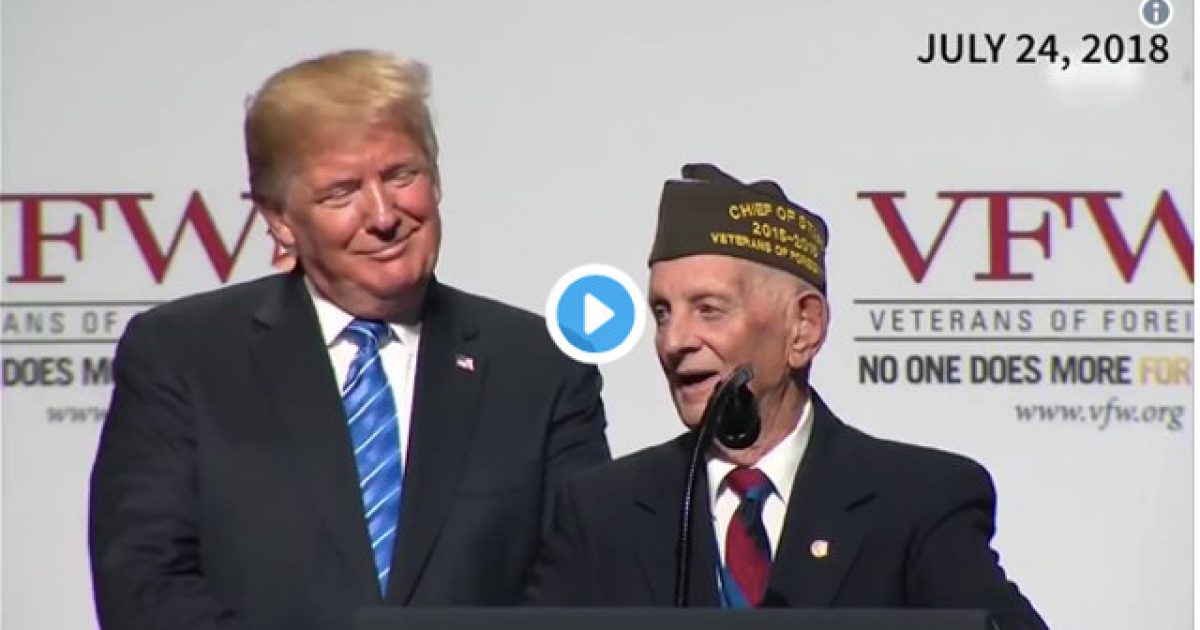 President Trump just proved he was indeed a class act by hosting four World War II veterans at the White House Thursday, in fulfillment of a promise he made to 95-year-old WWII vet Allen Jones last summer.

“I’m going to be 95 years of age on April 11 of next year,” the retired sergeant told the president while appearing with him at a Kansas City VFW event in June. “Hopefully, you will allow me to bring my family into the Oval Office to meet you.”

The president responded with an enthusiastic “Yes!”

Fast forward to Thursday, April 11, and Jones joined centenarians Floyd Wigfield, Sidney Walton and Paul Kriner inside the Oval Office for a visit with Trump. Wigfield even reportedly won a promise from Trump for a ride aboard Air Force One back to the United States after June’s annual D-Day ceremony.

"That was a great victory," Pres Trump said of World War II. "We knew how to win wars," he told the veterans. "This is a special moment," he said of the veterans visit. pic.twitter.com/8Fb5Uhaenm

“I want to be like all of you someday,” @POTUS says, noting some of the vets are 100 or older. “You don’t look a day over 90.,” he tells 103-year-old Paul Kriner, before rolling in his chair to shake hands with a few. (Photo by print pooler @BennettJohnT) pic.twitter.com/OfoJqIKA0o

President Trump is a breath of fresh air compared to the previous occupant of the Oval Office who seemed to have a genuine distaste for the brave men and women of the United States military.

These individuals have given us so much, risking life and limb, losing folks they cared about in battle, all to ensure that we have freedom today. Without these warriors, Hitler may have taken over the world. Thanks to their bravery, the Third Reich was destroyed.

Be sure to take the time to tell a veteran you know you appreciate their sacrifice and support them in their commitment to defend our our way of life.