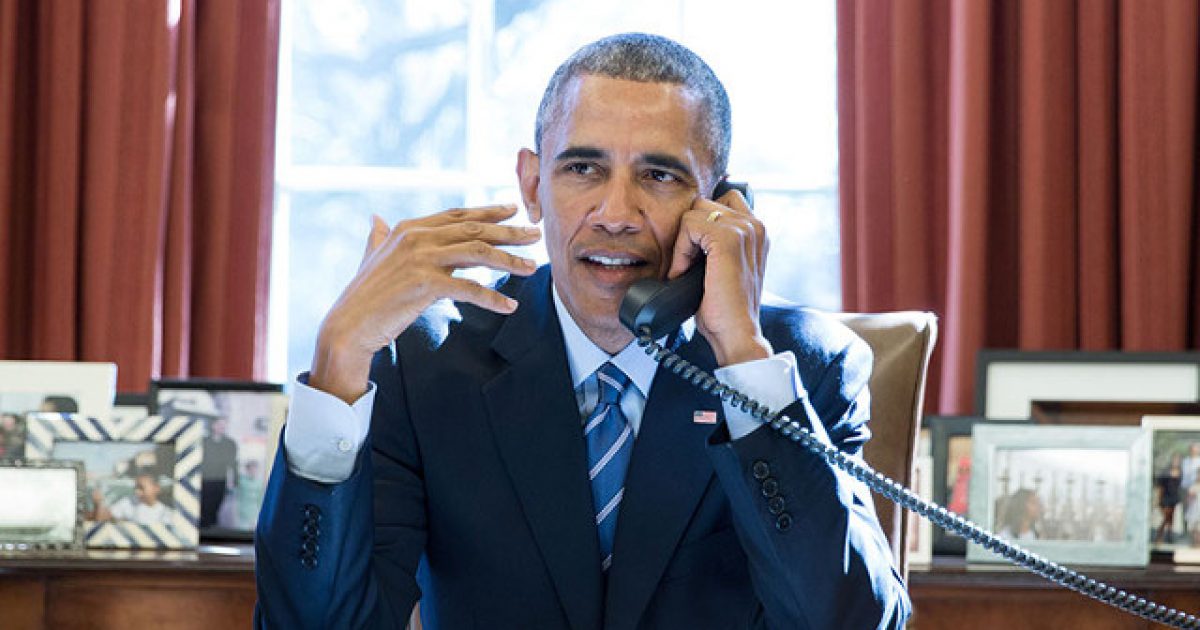 Former President Barack Obama just uttered a specific policy statement about immigration that, if he were running for president for the first time in 2020, would guarantee he’d never get the Democratic Party nomination.

This is so strange to our ears, but what he said is actually something a lot of conservatives already agree with. Check it out.

Obama pushed back against a liberal tendency to label anyone concerned about the impact of immigration as a “racist.”

“We can’t label everyone who is disturbed by migration as racist,” Obama said. “If you’re going to have a coherent, cohesive society, then everybody has to have some agreed-upon rules. And there are going to have to be some accommodations that everybody makes. And that includes the people who are newcomers. The question is, are those fair?”

And later in his remarks, “Should we want to encourage newcomers to learn the language of the country that they’re moving to? Of course. Does that mean that they can never use their own language? No, of course it doesn’t mean that, but it’s not racist to say, ‘Ah, if you’re going to be here then you should learn the language of the country that you just arrived at because we need to have some sort of common language in which all of us can work, and learn and understand each other.

“…we can’t label everyone who is disturbed by immigration as a racist,” he said.

You know, he’s really got a point here. The vast majority of folks concerned about immigration aren’t racist at all. They just want to keep bad folks out of their country. We already have enough of our own here to deal with.

All we really want is a secure border and a process to vet those desiring to come here so we can ensure that those who plan on coming here are able to contribute to our society and want to be part of our nation. We want good folks here. The more the merrier.