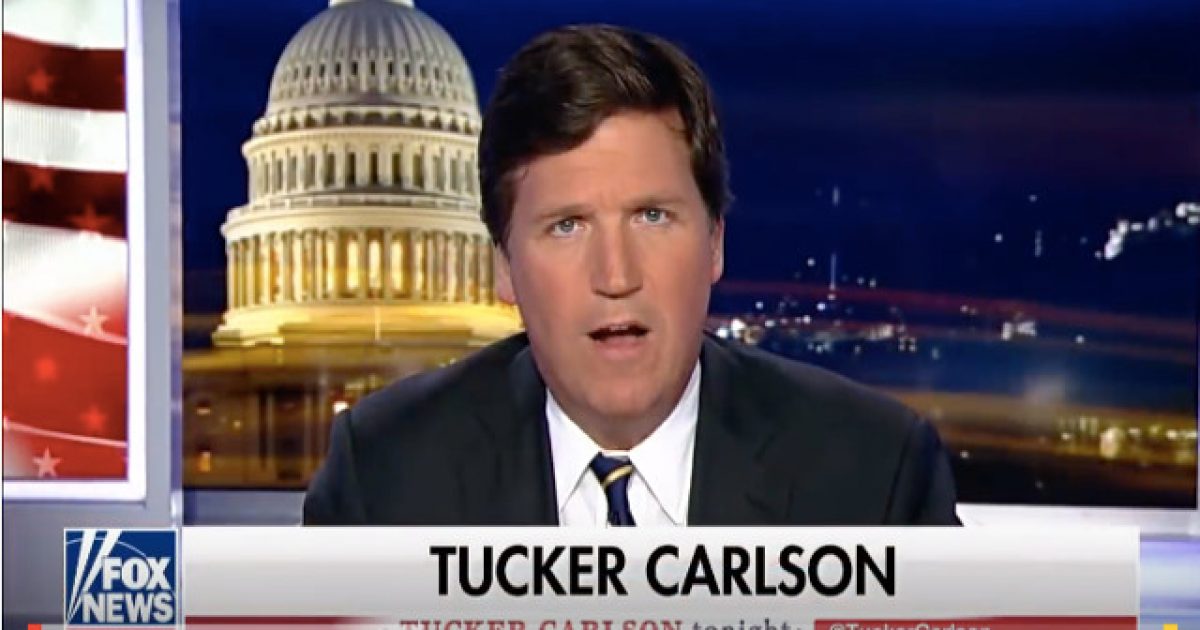 Many folks belonging to the LGBT community have called such attacks a “hoax,” comparing them to the shenanigans that Jussie Smollett pushed.

“In 2019, whining is power. Pete Buttigieg understands this,” Carlson said (transcript via Fox News). “Buttigieg may be the least oppressed of all. Both his parents were college professors. He went to Harvard, and then to Oxford as a Rhodes Scholar. After that, Buttigieg spent three years at McKinsey. That’s where ruling class drones are taught the finer points of sucking up to corporate America. He got an ‘A’ in that class.”

“Our system has been very good to Pete Buttigieg. If he’s a ‘victim,’ who isn’t? The term has no meaning. So how does Buttigieg win his party’s victimhood olympics?” Carlson continued. “Simple: with the Mike Pence story. Pence was the governor of Indiana when Buttigieg became mayor of South Bend. As Buttigieg has suggested recently, this set the two on a collision course. Buttigieg is gay. Pence is a traditional Christian. Meaning he pines for the social structure of 12th century, and above all passionately hates gay people. How much does he hate them? Watch this explosive exchange from 2015, where Pence was asked directly about Buttigieg. You can see the rage in his eyes, the venom that flecks his lips. He looks dangerous. Brace yourself for this.”

Carlson then cut to a clip of Pence saying the following about Buttigieg: “I hold Mayor Buttigieg in the highest personal regard. We have a great working relationship. I see him as a dedicated public servant, and a patriot.”

“See that? Could you feel the hate?” Carlson continued. “‘Highest personal regard.’ In other words, ‘away from me, sinner! You are filthy and disgusting.’ ‘Great working relationship,’ says Pence. Sure. Among evangelicals, that’s code for, ‘Once I establish my theocracy, I will throw you in my dungeon and let you rot for eternity.’ ‘Dedicated public servant. Patriot.’ Oh please. Pence might as well have spit in Buttigieg’s face and called him a reprobate. It’s the same thing: gay bashing.”

“He expresses his Christian faith by defending late-term abortion and relentlessly attacking people who’ve been kind to him. It’s more effective than talking about the city he leads. In 2015, South Bend had a higher murder almost the same as Chicago’s. Aggravated assaults more than tripled since Buttigieg became mayor. Rapes have nearly doubled. Buttigieg doesn’t want to talk about any of that. He wants to talk about the real victim here: himself.”

One of the most disturbing comments in this whole thing is the one Buttigieg made about God disapproving of Pence and his belief system. The Bible spells out clearly what God says is sin and homosexuality, which is a violation of the seventh commandment, is one of those clearly defined sins.

When you say that a man like Pence, who is upholding the very Word of God, is not approved of by God, you are presuming to know the mind of our Creator. You are putting words in His mouth and trying to force the Ruler of all Rulers into your own small-minded view of His true identity.

God will not be mocked, Buttigieg. He will not allow His name to be slandered and for folks like this to put words into His mouth. You can disagree with God — to your ultimate destruction — but you certainly cannot make Him into a liar, and more or less saying that God approves of a homosexual lifestyle falls into that category.

That’s dangerous ground to be treading, but clearly Buttigieg doesn’t believe in the God of the Bible. If he did, he’d certainly be terrified of twisting His word so nonchalantly.