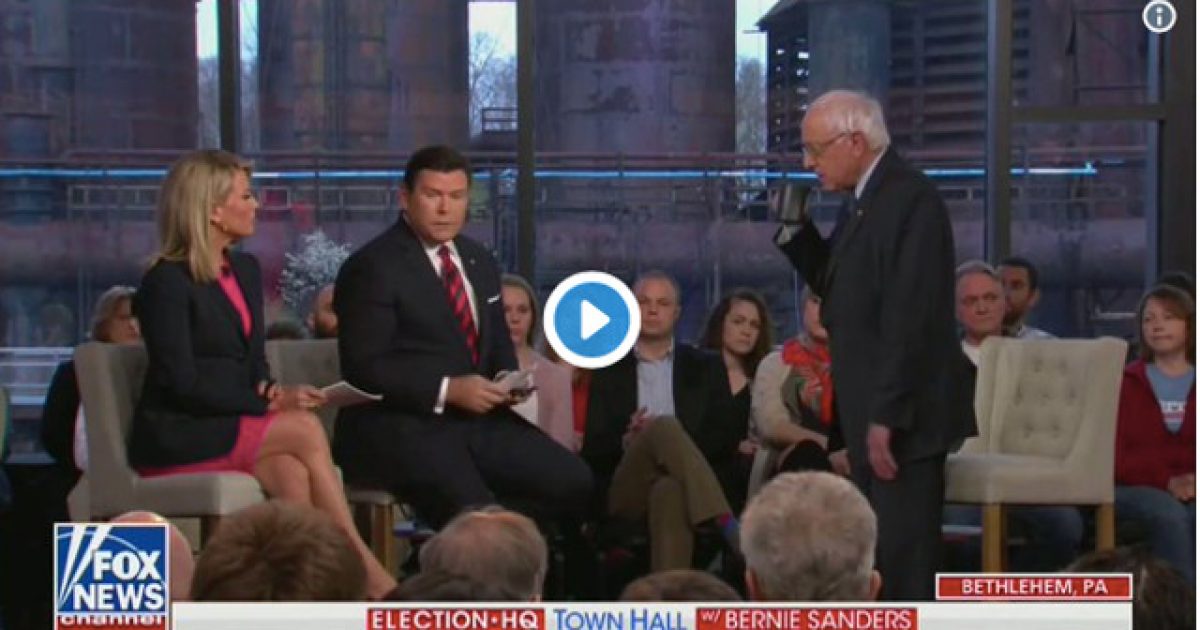 Fox News hosted a town hall event with Democratic presidential candidate Sen. Bernie Sanders and the performance he gave during the program is being hailed by his fans as being evidence that the avowed socialist can pierce through the “Fox News bubble.”

What in the world would give these folks that impression? Well, the moment in question comes when Fox News host Bret Baier asked the audience, comprised mostly of Sanders supporters, whether or not they would support a “Medicare For All” healthcare plan.

They enthusiastically responded in the positive.

The key thing to remember here is that the audience was made up mostly of the man’s fan club.

Bret Baier just polled the Bernie Town Hall audience who would be willing to switch to #MedicareForAll. It backfired spectacularly. pic.twitter.com/dQJ9gfQ137

In its report on the event, Fox News also draws attention to the audience’s response to the question. Asked point blank if government-controlled “Medicare for All” would mean that Americans will “pay more in taxes,” Sanders admitted it would but promised that he’d make sure we were paying for the estimated $32 trillion in costs over 10 years rather than racking up more unsustainable debt.

“We pay for what we’re proposing, unlike the President of the United States,” he said, adding later: “In terms of Medicare for All, we are paying for that by eliminating as I said before, deductibles and premiums. We are going to save the average American family money.”

“When Baier polled the audience at the town hall — which was clearly supportive of Sanders throughout — most indicated they would support Sanders’ health care plan, despite currently having private insurance they would lose,” Fox notes.

The only thing this moment proves is that those who are supporters of Bernie Sanders have no real clue how actual economics works. There’s no such thing as a free lunch, a fact the vast majority of grown-ups — minus this particular group — understands.

If we have this sort of system, people must be taxed nigh unto death in order to have the funding to make it happen. This means companies folding up and jobs disappearing, which in turn means less folks working and less cash coming in to fund the program.

It literally destroys itself. You don’t have to be an economics major to understand this.

Also, it’s quite obvious this didn’t “pierce the Fox News bubble.” The man was preaching to his own choir, which proves absolutely nothing.

If the 2020 election is already this nutty right from the get-go, how crazy is it going to get next year?