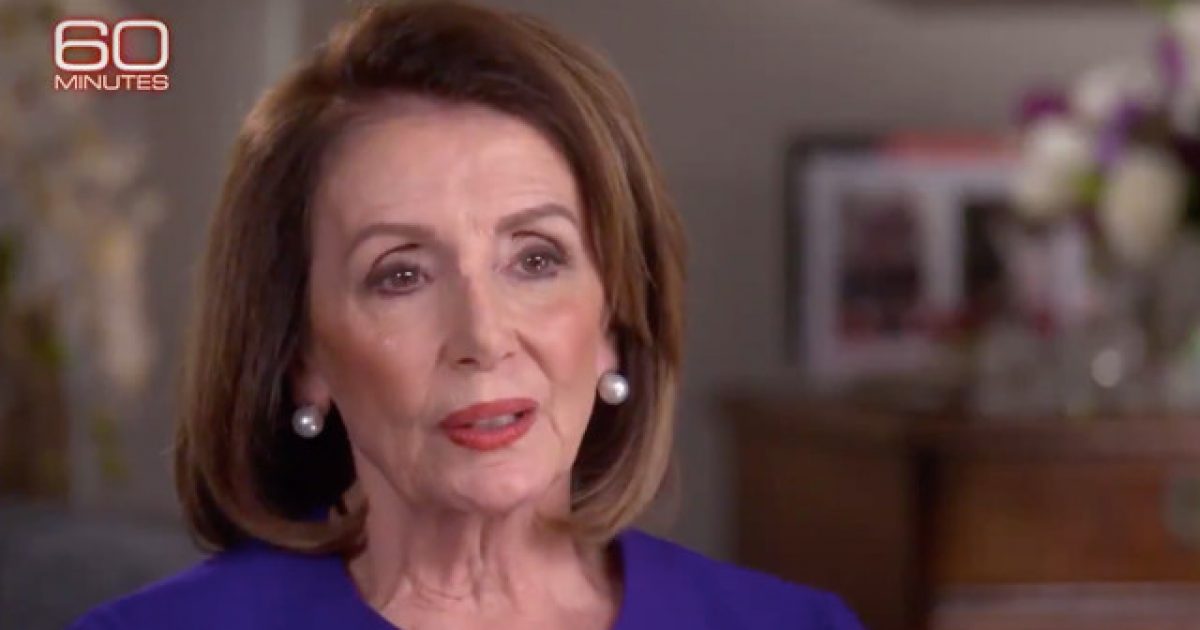 House Speaker Nancy Pelosi has once again made it clear she’s not a card carrying member of the Rep. Alexandria Ocasio-Cortez fan club, taking a second opportunity to mock the young congresswoman on news program “60 Minutes.”

“So you are contending with a group in Congress: Over here on the left flank are these self-described socialists, on the right, these moderates,” host Lesley Stahl said. “And you yourself said that you’re the only one who can unify everybody. And the question is, can you?”

“By and large, whatever orientation they came to Congress with, they know that we have to hold the center,” Pelosi responded. “That we have to go down the mainstream.”

“You have these wings– AOC, and her group on one side–” Lesley responded.

As Michael Kelso would say, “Burn!”

Earlier this month Pelosi conducted an interview with USA Today where she also delivered a slam against AOC, saying “While there are people who have a large number of Twitter followers, what’s important is that we have large numbers of votes on the floor of the House.”

You know, it really doesn’t seem like Pelosi is impressed with the new “face of the party.” Heaven knows AOC hasn’t exactly given her a reason to be confident in her abilities, what with the disastrous Green New Deal and the lack of understanding in basic economics she espouses nearly endlessly.

Can the Speaker of the House unify the Democratic party while getting pushback from the left and self-described democratic socialists like Alexandria Ocasio-Cortez? https://t.co/f4VUYTYIdw pic.twitter.com/a9wOobPj5g

And then there’s the whole not knowing the three branches of government gaffe. The list of mistakes AOC has made in just a few short months is so extensive it’s shocking, not to mention terrifying, that she ever got elected to office in the first place.

If Democrats want to have any shot at all of beating Trump in 2020, they’re going to have to put AOC on a short leash and not allow her to keep blabbing on and on, saying stupid things that do even further damage to their party.

At this point, Democrats might actively work against her when she comes up for reelection. That’s how poorly she’s doing.

Liberals are getting a taste of what it feels like to back the wrong horse.