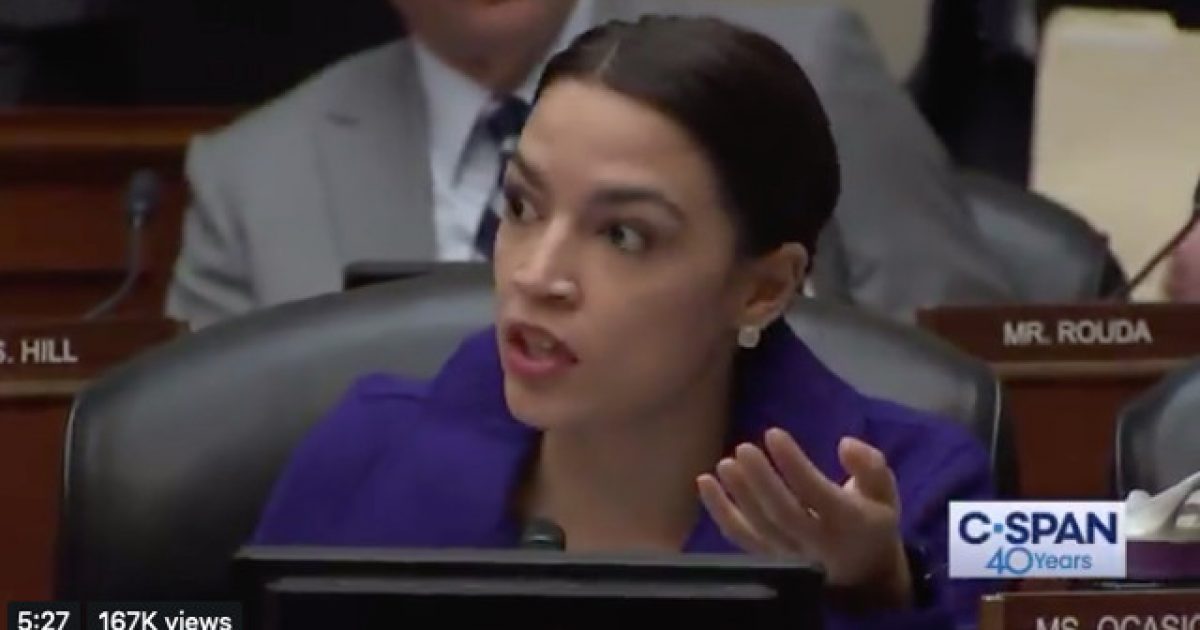 Just when you think Rep. Alexandria Ocasio-Cortez couldn’t possibly get any more insane than obsessing over cow farts and practically standing in the middle of the road with a sandwich board proclaiming the “end is nigh,” she goes and says something totally wacky about White House staffers putting nuclear codes in Instagram direct messages.

She really doesn’t want to be reelected, folks.

.@RepAOC @AOC: "Every day that we go on without getting to the bottom of this matter is a day that we are putting hundreds if not potentially thousands of Americans at risk. I mean, really, what is next, putting nuclear codes in Instagram DMs?!? This is ridiculous." pic.twitter.com/EkTPWbwIn4

It didn’t take long for the Internet to rip her to shreds over her ridiculous statement and the constant stammering during her little spiel.

She sounds like Jack Bauer in every episode of “24” – “Chloe, if we lose this lead it will put millions of innocent lives at risk!”

Putting nuclear codes in Instagram DMs is even worse than $7 croissants at LaGuardia!

So, she thinks there should be greater security over things like, oh, government official emails?

Kind of like having an unsecured email server in your bathroom…

It’s hilarious watching AOC claim that she cares about national security considering she has repeatedly demonized and called for the defunding of ICE and CBP and called for spending cuts to the military https://t.co/GzxmTF4MEs

You can’t call for a greater focus on national security while not also demanding an investigation into how Hillary Clinton used a private email server to pass along confidential information — a felony — while also wanting to cut military spending.

That makes no sense whatsoever. If you’re really concerned about national security, hold everyone accountable, including the folks on your own side of the aisle. This isn’t that hard.

Then again, it’s Ocasio-Cortez we’re talking about. The same gal who doesn’t even know the three branches of the very government she’s not a part of.