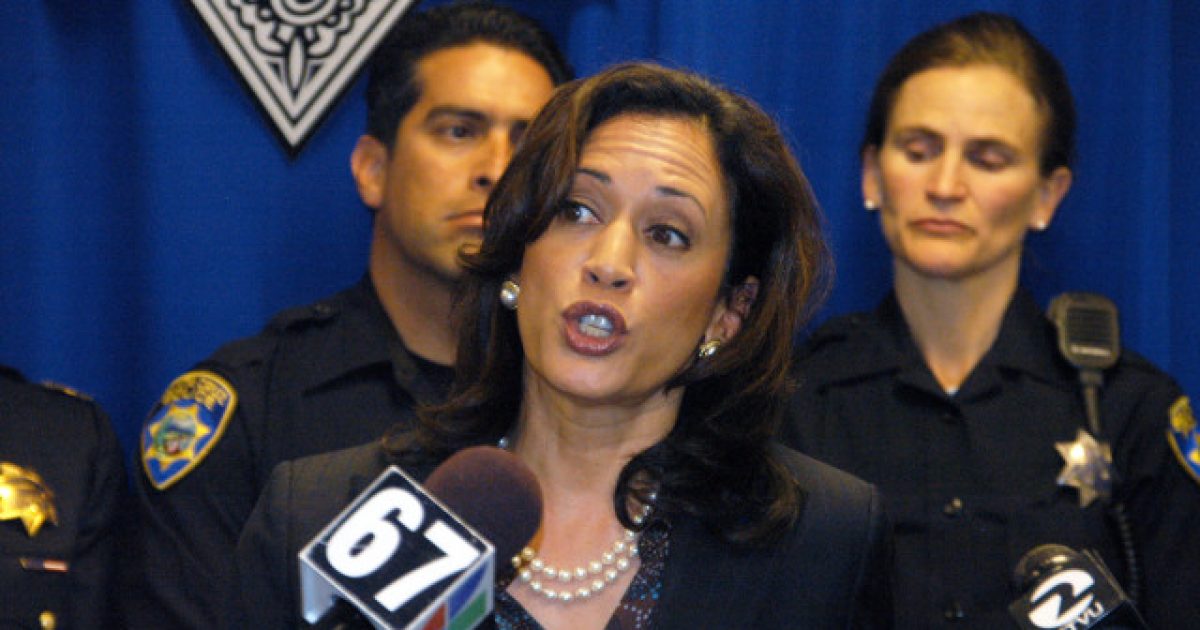 Proof positive this woman is nothing more than a typical politician who wants to say whatever needs to be said in order to get votes.

“Another issue that I want to talk to you about — this is really important — I’m not sure if you were watching earlier, but Senator Bernie Sanders said that he is in favor of felons being able to vote while serving in prison,” Lemon said. “He was asked specifically about people like the Boston Marathon bomber, also people who are convicted of sexual assault. And he said, this is a quote, ‘The right to vote is inherent to our democracy, yes, even for terrible people.’ Do you agree with that, Senator?”

“I agree that the right to vote is one of the very important components of citizenship and it is something that people should not be stripped of needlessly, which is why I have been long an advocate of making sure that the formally incarcerated are not denied a right to vote, which is the case in so many states in our country, in some states permanently deprived of the right to vote,” Harris responded.

“But people who are in — convicted, in prison, like the Boston Marathon bomber, on death row, people who are convicted of sexual assault, they should be able to vote?” Lemon pressed.

“I think we should have that conversation,” Harris responded.

So what is Harris saying now?

“Do I think that people who commit murder, people who are terrorists should be deprived of their rights? Yeah, I do.”

Democrat Kamala Harris last night: “We should have that conversation” about allowing the Boston Marathon bomber to vote from prison

Harris today: “Do I think that people who commit murder, people who are terrorists should be deprived of their rights? Yeah, I do” pic.twitter.com/XMqeVNkgUm

Say what now? Which is it, Sen. Harris? Should terrorists be allowed to vote or not? Who knows what she actually believes, if she even cares at all.

It’s pathetic and sad when you see politicians do this sort of crap, attempting to talk from both sides of their mouths to appeal to everyone, while actually appealing to no one.

This is a pretty simple matter. The answer is clearly “no.” If you violated someone else’s rights, especially when it’s through murder and terrorism, your rights are forfeit. In all honesty, a terrorist should be tried, convicted, and immediately sentenced to death with a quick execution.

Then this wouldn’t be an issue at all.

However, we don’t live in such a just society at the moment, so for the time being, we need to discuss matters like voting rights for prisoners. It should be a quick and easy conversation. Just say no, kids.