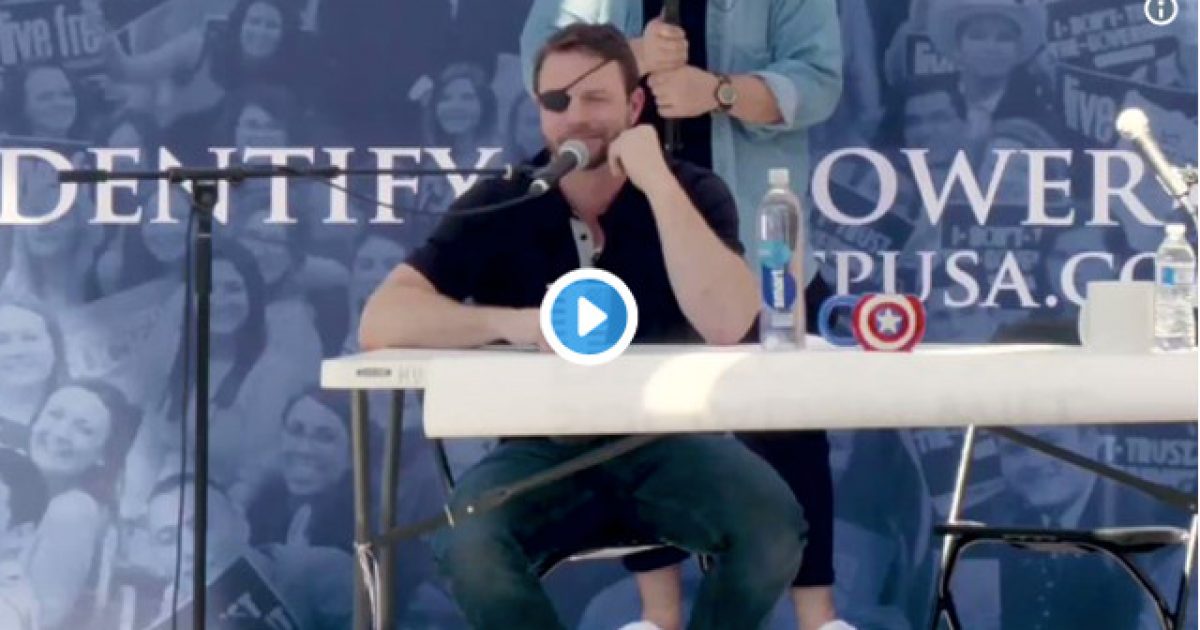 Rep. Dan Crenshaw recently attended an event for Turning Point USA where a young protester called him a Nazi, going on to tell the former Navy SEAL he should be “ashamed” of his military service.

This kind of individual is the absolute lowest common denominator in human intelligence and probably deserved to have their butt chewed up and spit out in public, an act that honestly wouldn’t be too difficult for a guy like Crenshaw.

However, his actual response is classic.

Crenshaw responded to the teen by saying: “If you have to call somebody a Nazi, it’s a good indicator that you haven’t thought through your argument very well.”

The teen stormed off after making his remarks and being booed by the crowd.

“That was fun, at least we had a little bit of…but get more creative with your insults, man,” Crenshaw added. “Like Nazi? C’mon.”

Imagine volunteering to fight for the military that beat the Nazis.
Becoming a Navy SEAL.
Serving 10 years.
Deploying to war 3 times.
Giving your eye (& almost your life) for your country.
Just to return home & get called a 'Nazi.'

Watch how @DanCrenshawTX handles that:

This just goes to show you how classy of a guy Crenshaw really is, because a lot of folks would’ve let this kid have it with both barrels blazing, but instead, he just shrugged it off and kept on going.

Wouldn’t the world be a much better place if we could all respond to our haters the same way Dan Crenshaw does? There would be a lot less drama all over social media, that’s for sure.

Still, the whole “Nazi” thing is ridiculously stupid as an insult. No one in the Republican Party is wiping out people based on race or religion. No one in the GOP is trying to take over the world or saying that only white people should have rights.

This kind of insult and argument is so stupid and idiotic it really isn’t worth addressing. So if someone on the left calls you a Nazi, that’s the sure sign of an idiot and someone who isn’t worth engaging in debate.