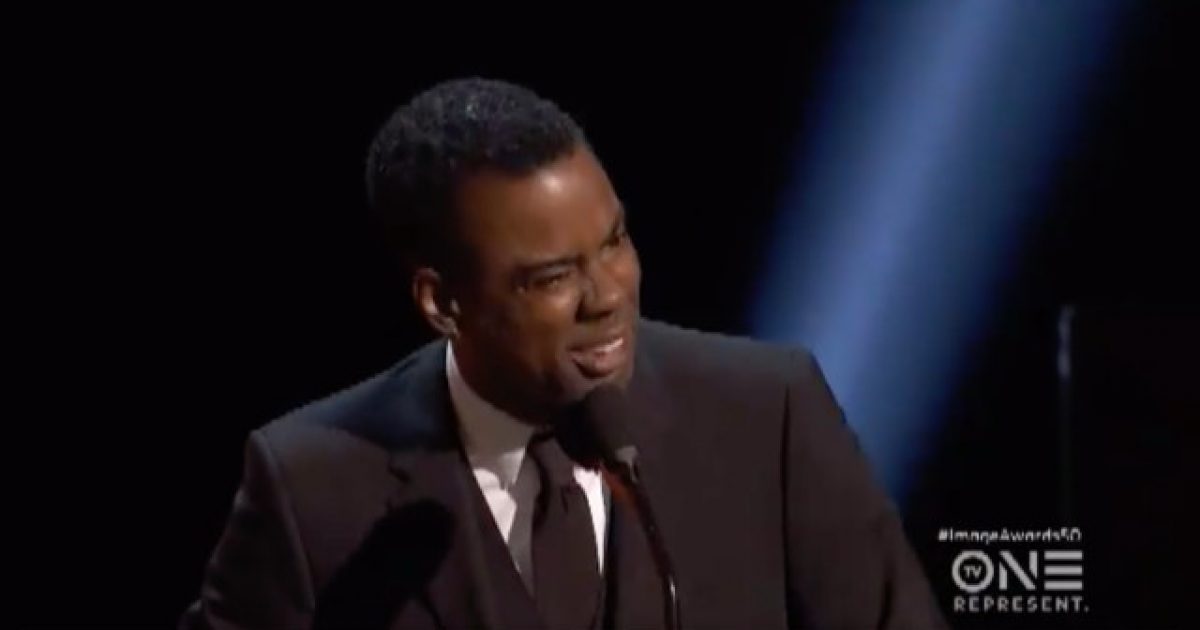 Comedian Chris Rock was told by the folks running the NAACP Image Awards not to make any cracks about infamous “Empire” actor Jussie Smollett, the guy who was recently let off the hook after facing 16 felony charges related to a hate crime hoax he allegedly perpetrated.

However, Rock is not one for being told what to do, so he completely destroyed Smollett anyway.

“They said no Jussie Smollett jokes. Yeah, I know I know. What a waste of white skin. You know what I could do with that light skin? That curly hair? My career would be out of here — I’d be f**king running Hollywood,” Rock joked.

“What the hell was he thinking?” he continued. “From now on, you’re Jessie from now on. You don’t even get the ‘U’ no more. That ‘U’ was respect. You don’t get no respect from me.”

Chris Rock: Jussie Smollett, You Don't Get No Respect From Me #ImageAwards50 pic.twitter.com/97vpDkLltQ

Smollett was nominated for an NAACP Image award for best supporting actor in a TV drama for his work on FOX’s “Empire.” However, he lost to “Grey’s Anatomy” star Jesse Williams. Smollett won the award in 2017.

As you probably already guessed, Smollett himself did not attend the awards.

Can you really blame him?

His presence there would’ve generated so much disgust and hate that he would’ve been the favorite target of the night. The man has lost all of the respect of his peers and colleagues for the stunt he pulled.

Everyone knows his high connections with Michelle Obama and others played a part in getting him off the hook for his crimes, so of course no one wants to have anything to do with him.

Smollett tried to use this fake hate crime to boost his career. Instead, it looks like it’s destroyed it.