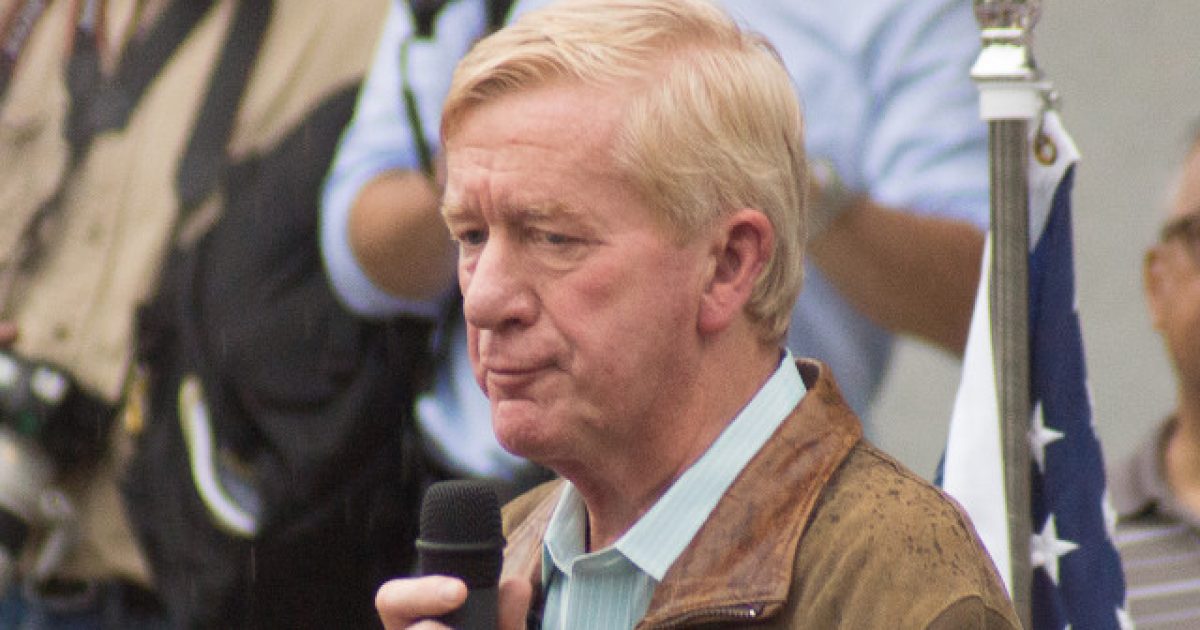 Former governor of Massachusetts, Bill Weld, who once had his name next to Gary Johnson’s on the Libertarian Party ticket in 2016, has decided to throw his hat in the ring for president as a Republican, challenging Trump for the GOP nomination.

He called for a return to “dignity” and “principles,” while at the same time going after the president by using some of his own previous statements against him.

Nothing says civility like a full-on political attack, right?

“It is time for patriotic men and women across our great nation to stand and plant a flag,” Weld said in a statement announcing his candidacy Monday. “It is time to return to the principles of Lincoln – equality, dignity, and opportunity for all. There is no greater cause on earth than to preserve what truly makes America great. I am ready to lead that fight.”

In a three-minute video announcing his candidacy released Monday, Weld highlighted some widely criticized comments by Trump, including Trump saying then-Sen. John McCain was not a war hero, his infamous “grab them by the p***y” comments caught in the “Access Hollywood” tape and President Trump’s initial response to the Charlottesville, VA tragedy in which he said there were “very fine people on both sides” in the protests and counter-protests over Confederate monuments that erupted into violence, ending in the death of a peaceful liberal protester.

The announcement video also touts Weld’s record on helping to fight corruption, particularly Democrat corruption in Massachusetts, as well as his connection to President Ronald Reagan, who appointed him to be a “crime-fighting” U.S. attorney. Among his achievements presented in the video are busting politicians for fraud and saving millions in tax-dollars in the process. His platform when he ran for governor as a Republican in the “one party” Democrat-controlled state: “Guts. Integrity. Independence.” After his “historic victory,” Weld “cut taxes 21 times,” “balanced the budget,” “reformed welfare,” and went on to win re-election “by the widest margin ever” in the state’s history, the video states.

It seems really strange that Weld is going to try and primary Trump, especially as a Republican, considering the fact he’s pretty liberal on many social issues, which goes against the majority of the GOP base voters.

Weld is a big supporter of gay marriage, supports abortion, legalized marijuana, and all sorts of other things that will make him go over like a lead balloon with conservatives.

This man has basically no chance in the bad place of ever actually winning this primary, and he probably knows this, so why is he doing it?

That’s a good question. Probably to try and make some sort of weird statement, although all he’s really doing is assuring he never gets elected to any sort of office in the future whatsoever. Which is a good thing for America.