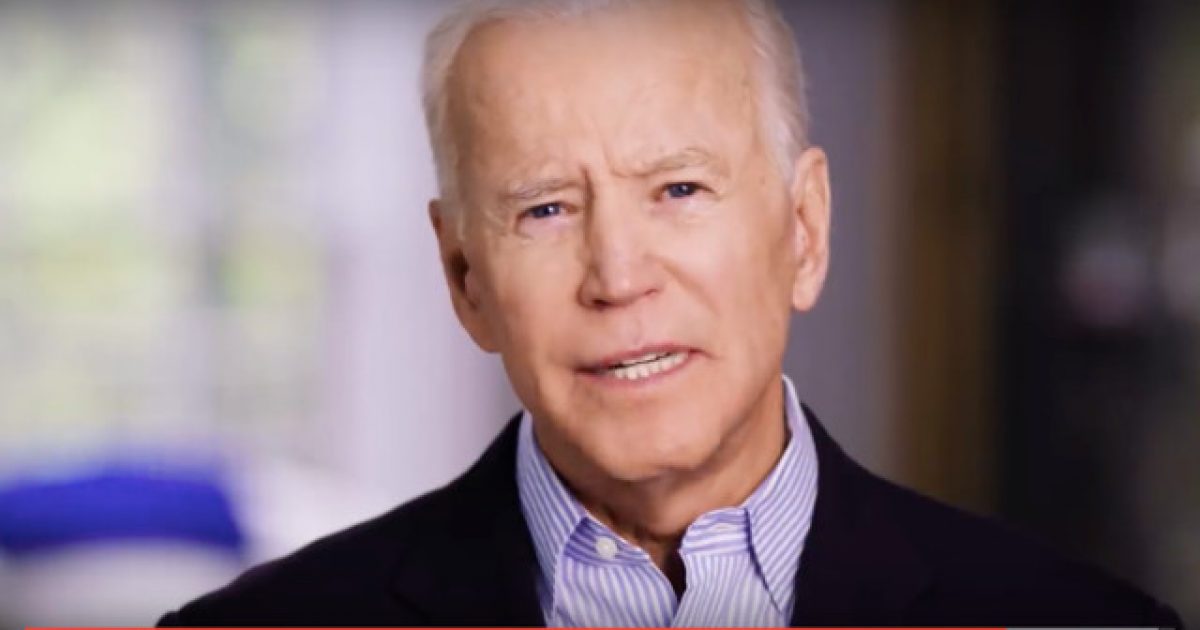 So after a few rough weeks of dealing with some #MeToo accusations, Creepy Uncle Joe Biden has officially announced that he’s throwing his hat in the ring for the Democratic nomination in the 2020 presidential election.

Now, we all sort of figured this was going to be the case, so the announcement itself isn’t at all surprising. What makes this so interesting is how President Trump responded to the news.

In what makes his third attempt to run for president, Biden released his announcement video Thursday morning. “The core values of this nation… our standing in the world… our very democracy…everything that has made America — America — is at stake,” Biden tweeted. “That’s why today I’m announcing my candidacy for President of the United States.”

The video prominently features a reference to Trump saying there were “very fine people on both sides” following the Charlottesville Confederate monument protests that erupted in violence and resulted in a white supremacist plowing into and killing a peaceful liberal protester. Trump critics say the president was specifically defending white nationalists rather than generally defending those protesting the removal of Confederate monuments. Amid backlash for his initial response, Trump went on to specifically denounce white supremacy in follow-up comments.

“In that moment, I knew the threat to this nation was unlike any I’d seen in my lifetime,” said Biden, describing Trump’s presidency and “‘all he embraces” as “an aberrant moment in time.” If Trump is allowed to win again in 2020, said Biden, “he will forever and fundamentally alter the character of this nation, who we are.” He “cannot stand by and watch that happen,” he declares.

The core values of this nation… our standing in the world… our very democracy…everything that has made America — America –is at stake. That’s why today I’m announcing my candidacy for President of the United States. #Joe2020 https://t.co/jzaQbyTEz3

“Welcome to the race Sleepy Joe,” Trump tweeted Thursday morning. “I only hope you have the intelligence, long in doubt, to wage a successful primary campaign. It will be nasty — you will be dealing with people who truly have some very sick & demented ideas. But if you make it, I will see you at the Starting Gate!

Welcome to the race Sleepy Joe. I only hope you have the intelligence, long in doubt, to wage a successful primary campaign. It will be nasty – you will be dealing with people who truly have some very sick & demented ideas. But if you make it, I will see you at the Starting Gate!

While no big names as of this writing have come out and supported Biden’s bid for the presidency, his camp has gone to great lengths to underscore the confidence former President Barack Obama has in him.

What makes this so important is because many different polls have Biden as a good match up for Trump in the upcoming election. Out of all the candidates running for office, Biden probably, as of now, has the best shot at actually nabbing the nomination.

The establishment in the Democratic National Committee is deeply entrenched so anyone who walks the party line and has the kind of experience that Biden has will most likely win over their affections.

Will the final showdown for the White House next year be between Biden and Trump? We can only hope. Not only will Trump still likely prevail, but the debates will be wildly entertaining.