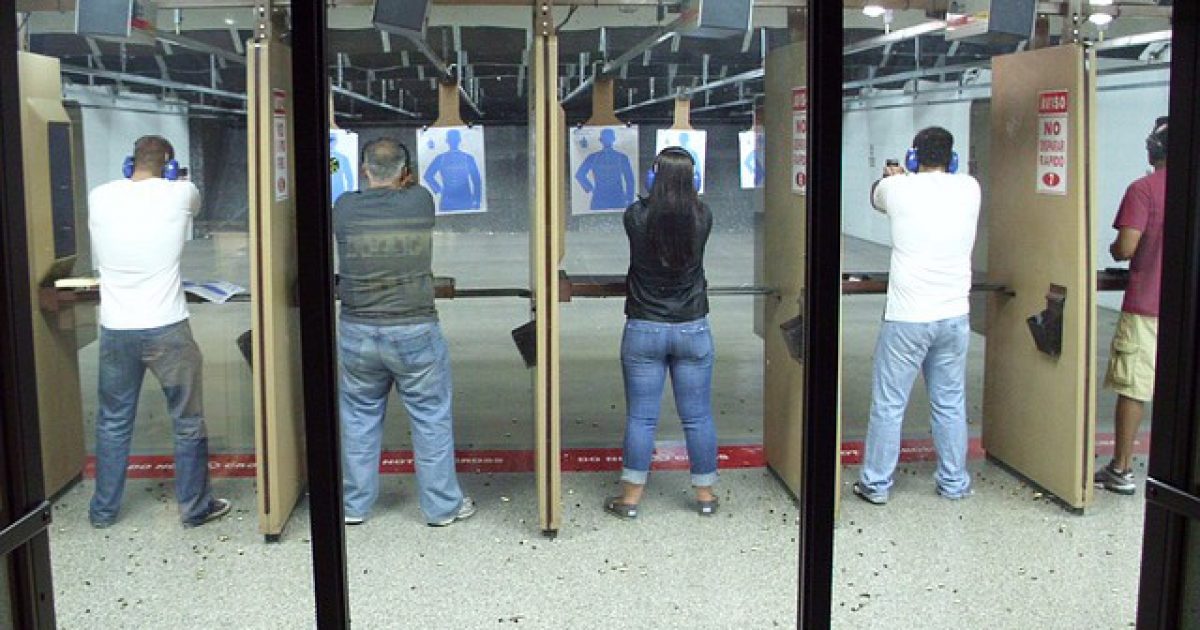 So apparently the American Civil Liberties Union has filed a lawsuit on behalf of two high school students who were suspended back in 2018 over sharing personal photos of themselves at a firing range on social media.

Yes, you read that correctly. The ACLU is helping two kids suspended for something that’s actually stupid, sue the school that did this injustice to them.

One of the posts, according to Insider NJ, read “hot stuff,” and “If there’s ever a zombie apocalypse, you know where to go.”

Viewers of the posts apparently took issue with the teens at a legal shooting range with legal firearms and contacted the school to report the students.

As a result, school officials suspended the teens from school.

The public was none too happy with the school’s decision to suspend the students, flooding a school board meeting demanding that the policy, which they felt violated the teens’ First and Second Amendment rights, be reversed and the students be reinstated in school.

Alexander Shalom, a senior supervising attorney for the ACLU, said that the school had no right to suspend the students, or even discipline them as it pertained to the photos.

“There was no threat,” Shalom said. “No unlawful behavior whatsoever. That is classic speech. They communicated something to their friends off of school grounds, off of school property, off of school time, and the school simply doesn’t have the authority to discipline then for what they’re doing outside of school time.”

Shalom stated the school didn’t report the kids to the police, which is proper protocol if you believe students to be a threat to the safety of the school. In other words, they knew this wasn’t a legitimate threat.

He also noted the mention of a zombie apocalypse by one of the students, saying there was nothing in the post that could be perceived as an actual threat.

When schools throw fits over harmless stuff like this, it means they’re not taking actual threats seriously enough, which puts students and faculty in danger of becoming victims should some crazed gunman decide to come in and wreak havoc.

The lawsuit itself seeks to have the suspension removed from the students’ records, along with a note placed in them stating the school violated their rights. The suit goes further and demands a court injunction asking the school to no longer discipline students for protected speech when not on school property or grounds. The ACLU wants these changes put down on official policy.

Never thought this would happen, but it looks like the ACLU is actually right on this one. The school overstepped it’s boundaries and violated the rights of these kids without even really being concerned about it.

They took no time to ponder over the situation and to think through whether or not their response was appropriate and in balance with the offense.

Let’s hope the school’s learned it’s lesson and complies with the lawsuit.