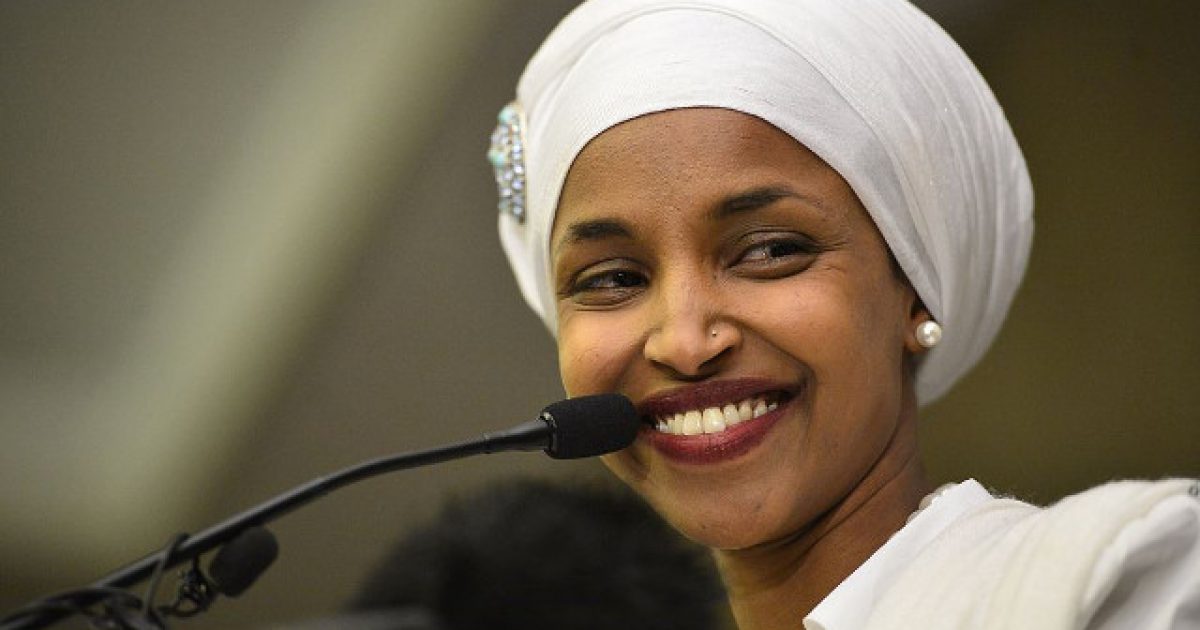 Twitter CEO Jack Dorsey recently gave controversial — and notoriously anti-Semitic — Rep. Ilhan Omar a call to discuss President Trump’s tweets concerning comments Omar made that belittled the 9/11 terrorist attacks and explain why those tweets did not violate the company’s rules.

Omar caught flack for referring to the 9/11 terrorist attacks as “some people did something,” which prompted Trump to post the following tweet:

Omar then claimed this tweet by the president led to her receiving a number of death threats. Because there’s no way her idiotic comments about a massive tragedy that cost 3,000 American lives could’ve inspired a few folks with some loose screws to retaliate toward her in anger, right?

Omar reportedly requested to Dorsey that the president’s tweet be deleted from the site. Dorsey reportedly told Omar that the tweet itself did not violate the site’s terms of service, and that the video Pres. Trump posted had already been circulated far outside Twitter anyway.

“During their conversation, [Dorsey] emphasized that death threats, incitement to violence, and hateful conduct are not allowed on Twitter,” the statement read. “We’ve significantly invested in technology to proactively surface this type of content and will continue to focus on reducing the burden on the individual being targeted. Our team has also consistently been in touch with Rep. Omar’s office.”

Dorsey’s conversation reportedly took place the same day that the Twitter CEO met with President Trump, during which the president reportedly complained that his followers on the site were being targeted and removed.

That’s probably the easiest way to make a positive change.

Her comments were despicable, particularly for the families of those who lost loved ones during that attack. It’s time for folks to wake up and smell the roses. This gal shouldn’t be allowed to participate in the government with all of the rhetoric she spews.

Yet the left will never hold her accountable for fear of not looking “tolerant.” Sad.