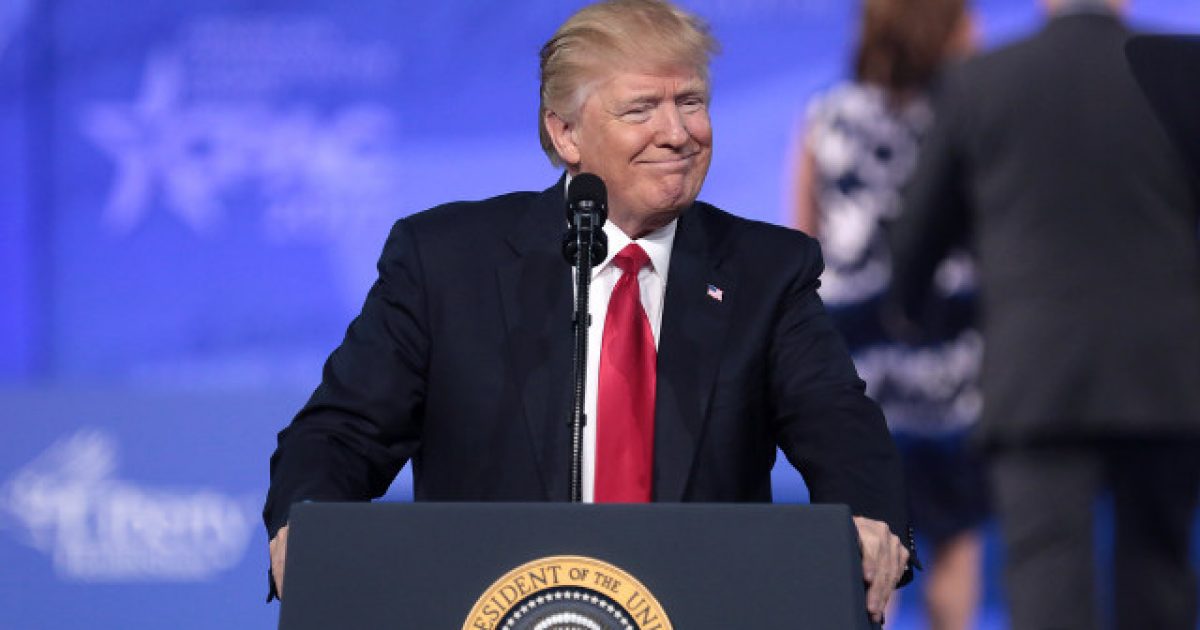 It doesn’t take a whole lot to trigger left-wing media, but President Trump still seems to have some sort of super power that enables him to do so with absolutely no real effort whatsoever. Truly, it’s a gift, and it keeps on giving us more and more entertainment.

Nothing is as fun as watching liberal journalists squirm.

So what did the president do now that has folks in a tizzy? He shared a “Game of Thrones” meme during Attorney General William Barr’s press conference concerning Special Counsel Robert Mueller’s Russia investigation.

What in the HOLY F%&K is this?!? How is this the president of the United States? How is this real freaking life right now! There are not enough martini's in the world to make this make sense. https://t.co/jij2APs4lK

If there's one thing I learned from watching Game of Thrones, it's that you shouldn't turn your back and assume the game is over until the end credits roll. https://t.co/fadZmZS2ah

I wonder if he knows most of the "Game of Thrones" characters will probably be dead by the end of the season … https://t.co/SDTSel1Si9

Just moments after Barr said "no collusion" over and over again, President Trump releases this meme. https://t.co/GlnekrIHjt

In Trump's corrupt mind, the "game" is over before we even get to see the complete results. Anybody who falls for this is an idiot or an accomplice. https://t.co/Vx4VNGUYwC

Isn’t it amazing the kind of things that tick off the left? The president shares a meme that is absolutely true, and they just go off the rails. This is how badly they wanted to nail him to the wall during this Russia investigation.

Radical leftists literally hinged all of their hope of ridding themselves of Trump, the man who smashed their dreams to bits by crushing Hillary in 2016, on the whole idea that he worked with Russia to interfere in our election.

Rather than being relieved that didn’t actually happen, they throw a massive, group temper tantrum like a bunch of spoiled brats. It’s embarrassing. It’s time to grow up, folks.

The president isn’t going anywhere. Rather than waste time on half-baked schemes to boot Trump out of office, the left ought to be reforming the platform, moving back to the center, and actually hearing the American people. Maybe then they’d have a shot in 2020.