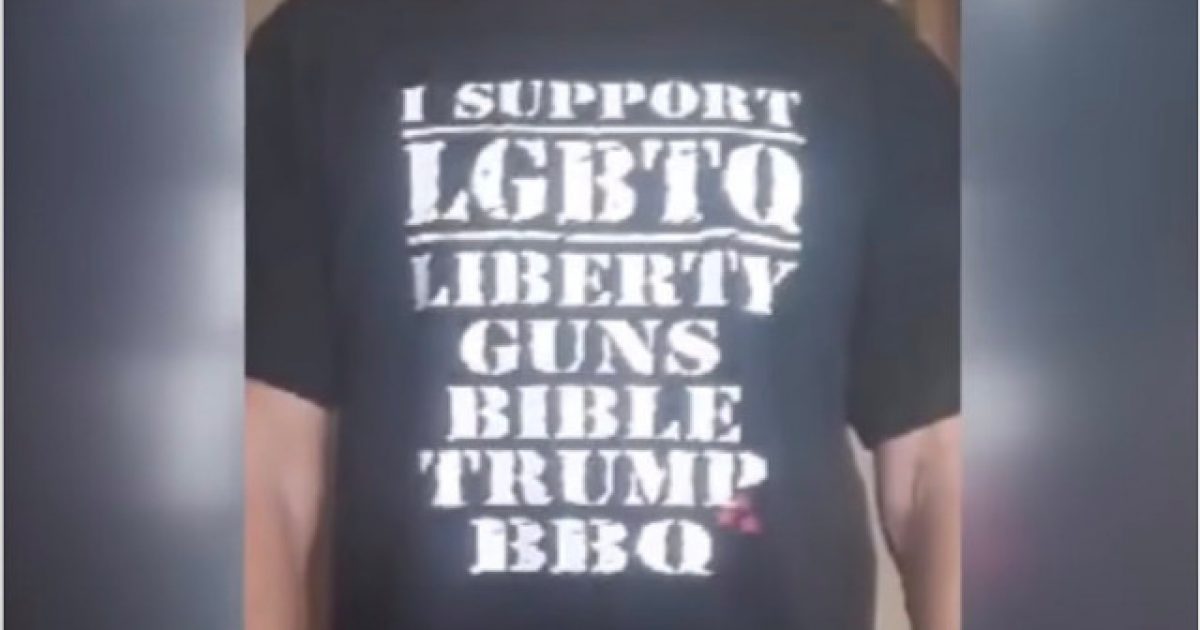 A barbecue food truck in Kentucky has found themselves the center of a controversy and the target of liberal attacks after they dared to sell anti-PC shirts that redefine the term “LGBTQ,” which as you might imagine, didn’t sit too well with liberals.

This is actually a pretty brilliant idea and the whole “no publicity is bad publicity” angle will likely play in the food truck owner’s favor, helping him gain a faithful following of loyal customers in the form of Trump supporters across the state.

Traditionally, the “LGBTQ” acronym is an ode to marginalized sexual identities. But Belle’s Smoking BBQ, which operates out of a food truck, recently began selling T-shirts that radically redefine what LGBTQ means.

Restaurant owner Jamie Smith told the Courier Journal that he and his workers have worn the shirts for more than a year and a half now, but only received backlash after he advertised the merchandise on social media, which triggered an avalanche of progressive indignation.

Smith said that within just hours of posting the shirt online, social media “went berserk.” Then came the threatening calls, of which Smith said he fielded “about 30.”

Unfortunately, it seems Smith somewhat caved to the outrage mob, deleting the post selling the shirt and issuing an apology.

“Belle’s Smoking BBQ apologizes if we have offended any groups, organizations or individuals with our shirts. We respect all beliefs and lifestyles and want no ill will towards anyone,” the statement said. “We know each person has their own thoughts and beliefs but we are hurt that the people who are saying, ‘stop the hate’ are the ones coming at us with the harassing messages and threatening phone calls. Again we apologize for any hurt feelings and thank our supporters who truly know us.”

Smith went on to tell WXIX-TV that he didn’t intend to offend folks, but felt he needed to stand for his values. Well, that’s a great sentiment and all, but is it really taking a stand for your values if you later back down and apologize? Seems like a pretty weak stand.

The real question on your mind is probably how much the shirt sold, if at all. Well, as it turns out, he sold the entire inventory he had and has a back order for more.

Smith also stated that he’s only lost one customer, but gained four new ones. Seems like a good trade.

While Smith’s apology is definitely not the right course of action, it’s understandable why he did it. He has a business to run and he wants to appeal to the largest customer base possible in order to keep the money flowing into his food truck.

However, if we’re not willing to stand by our values publicly, we probably shouldn’t produce t-shirts that advertise our beliefs and act shocked when the blowback comes. We all know how conservative and Christians are treated this day and age by the majority culture. If we can’t or won’t take the hits and the sacrifice that comes from being bold, we shouldn’t be bold.