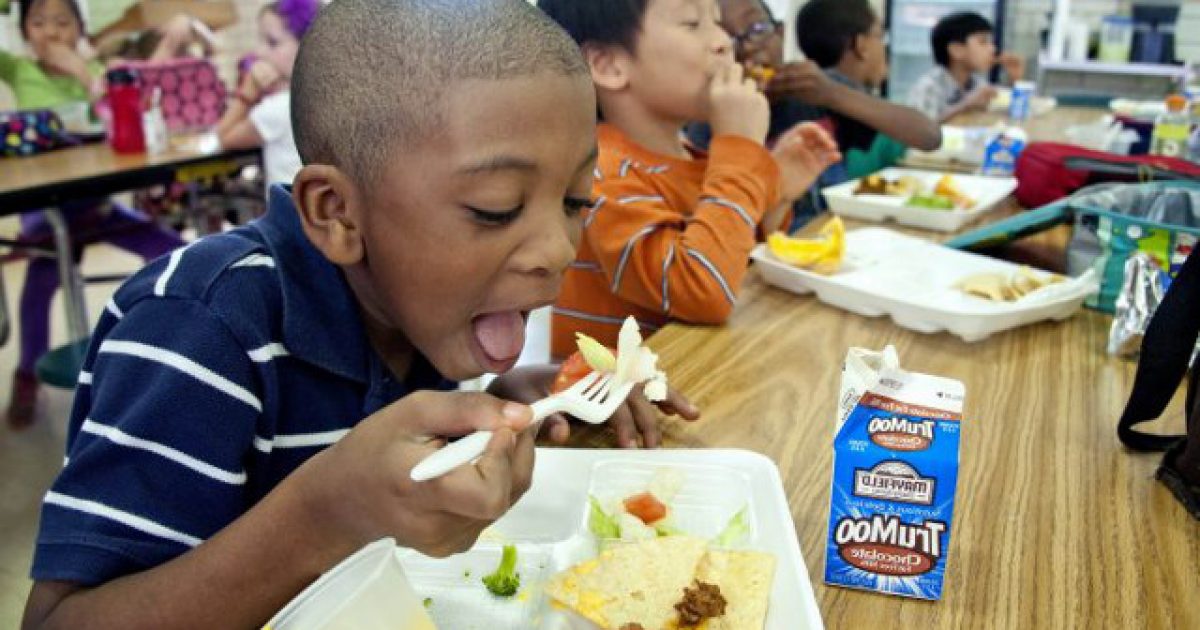 So a group of states has decided to sue the Trump administration over rolling back some of former First Lady Michelle Obama’s school lunch nutritional standards, a typical knee-jerk reaction from wacky liberals who seem to have nothing better to do with their time and the tax dollars that make up their salaries.

The complaint filed by New York, California, Illinois, Minnesota, New Mexico, Vermont, and the District of Columbia says USDA Secretary of Agriculture Sonny Perdue violated federal law by not allowing a public comment period before the rollback. It also argued that the guidelines contradict the nutritional requirements set by Congress.

Back in 2012, Michelle Obama called for limits on sodium, no flavored milk, and mandatory use of whole grains, along with a calorie cap on lunches.

The guidelines were relaxed in December 2018.

Obama was a total buzzkill. No chocolate milk for kids. This woman, like every other leftist, wants to suck all of the joy and fun out of being a child.

The new changes to these insanely boring standards now gives schools the option of offering one percent milk in both chocolate and strawberry flavors, eased up on the sodium restrictions, and makes it so only half of the grains in a product must be whole grains.

Liberals want to reinforce the strict guidelines because they are determined to usurp the authority and responsibility of parents to teach their kids how to eat healthy foods.

This is not the realm of the civil government. A child’s diet is the concern of the parents, not teachers or state lawmakers. It’s the government once again encroaching on an area of life it has no business sticking its nose into.

In all honesty, this is just one more reason to not endorse or use the public education system if at all possible.