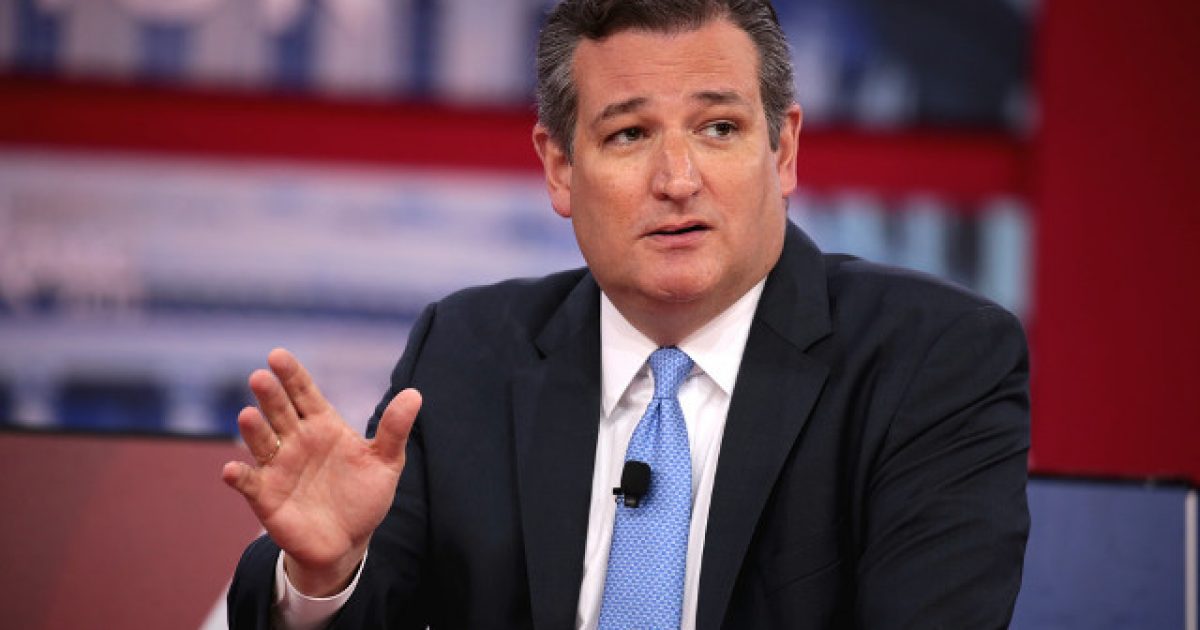 Sen. Ted Cruz is none too happy with how Yale Law School has gone about blacklisting Christian conservative organizations after adopting a new “nondiscrimination policy” for its Summer Public Interest Fellowship, Career Options Assistance Program, and post-graduate public interest fellowships.

Under the new policy, the extremely popular Blackstone Legal Fellowship, which is hosted every summer for conservative Christian law students by the Alliance Defending Freedom group, would have all of it’s university sponsorship and funding stripped.

Well, Cruz, who is an amazing constitutional attorney, is opening an investigation into the school for discrimination against Christian students and has threatened legal action if they don’t comply.

Here’s some details from the Washington Examiner:

The Texas Republican sent a letter, dated Thursday, to Yale Law School Dean Heather Gerken notifying her that he will investigate a new law school policy which Cruz said stems from “unconstitutional animus and a specific discriminatory intent… .” Cruz believes that Yale’s policy change could deny financial assistance to students based on the religious affiliation of the organization for which they choose to work.

Cruz warned Yale “the investigation may include a subpoena… or a referral to the Department of Justice for action against the school” and said that the letter was “notice of [Yale’s] obligation to take reasonable steps to retain all … information relevant to this investigation and potential litigation.”

“As one of the nation’s most respected law schools, Yale Law School has an obligation to protect intellectual diversity and to respect the constitutional rights of its students,” Cruz wrote. “The First Amendment protects both free speech and the Free Exercise of religion. Yale’s new policy does neither. Instead, it appears that the policy arose from unconstitutional animus and a specific discriminatory intent both to blacklist Christian organizations like the Alliance Defending Freedom and to punish Yale students whose values or religious faith lead them to work there.”

How has Yale Law School responded to Cruz’s announcement of an investigation?

On April 4, 2019, Senator Ted Cruz sent a letter to the Dean of Yale Law School asserting that the Law School engages in religious discrimination. He bases this claim on a Law School announcement that it will not financially support employment positions unless they are open to all of our student body. …

We recently decided that the Law School will require that any employment position it financially supports be open to all of our students. If an employer refuses to hire students because they are Christian, black, veterans, or gay, we will not fund that position.

We are in the process of putting this policy in place. It will solely concern hiring practices. It will not inquire about political goals, litigation strategies, or policy objectives of the organization. It will also include an accommodation for religious organizations and a ministerial exception, consistent with antidiscrimination principles.

We cherish and value all of our students no matter whom they love, where they worship, or how they vote. That’s why we cannot, consistent with our nondiscrimination policy, subsidize employers who discriminate among them.

Discrimination against Christian students at major universities is nothing new. In fact, it’s the dominate trend right now as the left grows more and more hostile to the religious faith that is the foundation of this country and the freedoms and liberties we all often take for granted.

These days, being a Christian gets you labeled as a hate group while being gay gets you elevated into a protected class of citizens who end up having more rights than other Americans.

It’s good to see Cruz standing up for Christians, defending their rights and freedoms, as that’s just not something a lot of GOP folks are doing sadly. Let’s hope this investigation nets positive results for religious freedom.