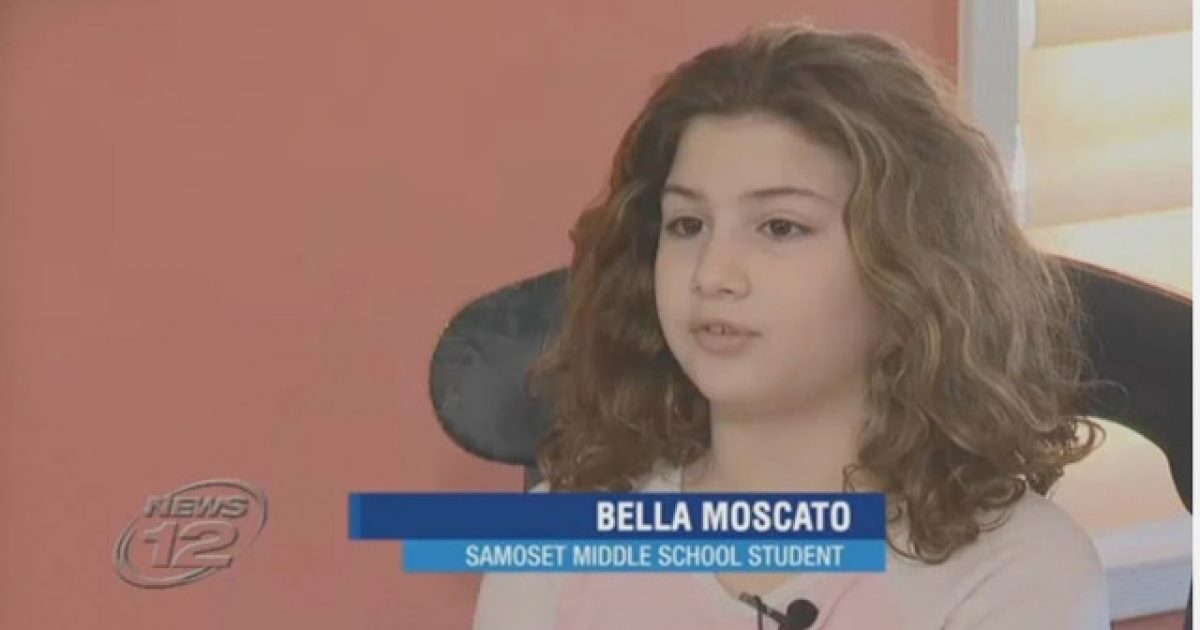 A young girl’s mother spoke with the media recently where she stated that her daughter’s idea of choosing President Trump as a hero to do a school project on was rejected by her teacher, who then turned and suggested she do her project on former President Barack Obama.

And the left says there’s no indoctrination going on in public schools? Yeah, this seems to say the complete opposite.

Bella Moscato, 11-years-old, has looked at Trump as her hero since she was 8-years-old, even going so far as to dress up like the president in third-grade. When the choice was given to pick a hero she could do her school project about, Trump was a no brainer.

While the teacher said Trump was not an acceptable “hero,” Bella told News 12 her teacher specifically stated that former President Barack Obama would be acceptable.

Bella’s parents took the school to task during the last school board meeting. They accused the teacher of “intimidation and censorship.”

“My daughter’s hero is the president of our country. I can’t believe anybody at the school would tell my daughter that that guy can’t be her hero,” Arthur said during the board meeting. “I’m incensed by this.”

“My daughter has every right to do and pick a hero of her choice. It’s a First Amendment right, freedom of speech, freedom of expression,” Valerie said during an interview with News 12. “So it was really upsetting to me that [the teacher] was trying to shut her down.”

“It is not accurate that this student was told that they were not allowed to conduct research or report on any individual for a school assignment, including President Trump. To the best of our knowledge, by choice the student is still conducting their project of President Trump.”

The Moscatos said that denying the incident is only going to make things worse, but that’s probably not going to deter these folks, who seem desperate to ensure that no bad press about their district gets out.

The fact this happened is not at all shocking to anyone who is familiar with how deep down the progressive rabbit hole the current public education system actually goes. It’s sad that to them, these kids are just numbers, robots they can program to become loyal statist citizens who will bow the knee to their will one day.

Any child who dares to think for themselves is considered a threat, a danger to the system and must be silenced.

It’s a scary state of affairs and is one more reason why parents need to reconsider government schools.