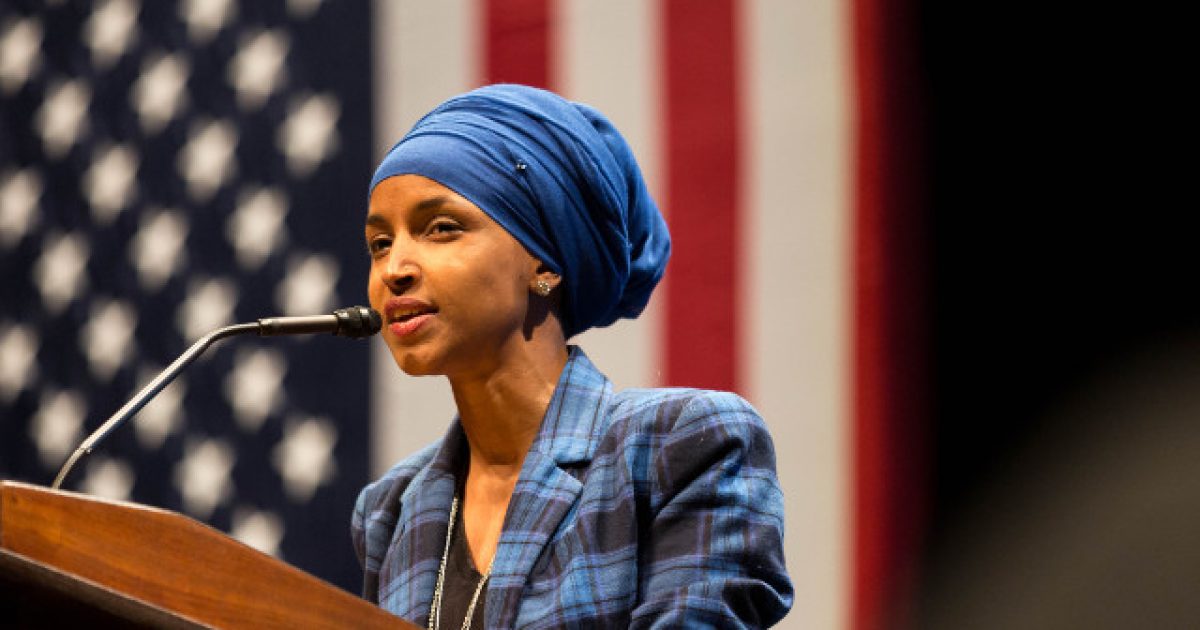 The ever controversial Rep. Ilhan Omar has once again put herself back in the headlines, this time over spreading all kinds of misleading claims and lies about President Trump, his administration’s immigration policies, and outgoing Secretary of Homeland Security Kirstjen Nielsen.

This lady just cannot seem to keep herself from flapping her gums and getting herself into more and more trouble. Seems like she’s not going to have a very long career ahead of her.

Kirstjen Nielsen was responsible for:

Now this President wants someone even "tougher." This should be a warning to all who believe in justice.

Meanwhile, the President is calling asylum seekers “animals” and saying our country is “full.”

This is dehumanization, plain and simple. We cannot continue to ignore the echoes of some of the most violent moments in history.

The freshman lawmaker claimed Nielsen was responsible for “locking toddlers in cages.” That’s false. In fact, an image of a child locked in what appears to be some form of cage — which went viral during the migrant crisis last summer that involved family separations — was actually from a staged protest in front of Dallas City Hall, according to fact-checker Snopes.

Second, the 7-year-old girl whom Omar referred to did not die from government mismanagement. Guatemalan youngster Jakelin Caal Maquin tragically died on Dec. 8 while in the care of immigration officials. Autopsy results showed she died from sepsis, likely caused by the grueling 2,000-mile journey north to the U.S. from Central America. Further, her family said in December they had no qualms about how U.S. officials treated she and her father once in U.S. custody.

In perhaps the most repeated political lie of 2018, which was bolstered by the mainstream media, the Trump administration was not responsible for a policy that separated migrant families at the border. It’s true, however, that the administration’s “zero tolerance” policy increased separations. That’s because Trump’s policy mandated criminal prosecution of each migrant who entered the U.S. illegally. If they illegally entered with minors in tow, existing federal law and policy mandated the children be detained separately from their parents.

Next, Omar claimed McAleenan oversaw the CBP when it controversially deployed tear gas against a crowd of migrants. The truth, however, is that CBP agents deployed the gas as a form of violent riot control as they had become targets for various projectiles, like rocks, according to the San Diego Union-Tribune.

And that’s just a sample of what Omar got wrong. There’s actually more.

The biggest fib of the whole thing is saying Trump called asylum-seekers “animals,” a lie that’s been pushed in the mainstream media for quite some time now. Trump never called these folks any such thing. His comment was aimed at MS-13 gang members who are notorious for acts of ruthless violence and savagery. They’ve actually earned that label all on themselves.

Omar is really, really bad news for the Democratic Party. One has to wonder how long they’re going to put up with her and her anti-Semitism before they start working on ways to ensure she’s not reelected for a second term in office.

These lies and misleading statements against Trump are only serving to push more people into his camp for 2020. You’d think they’d get this by now, but they haven’t.