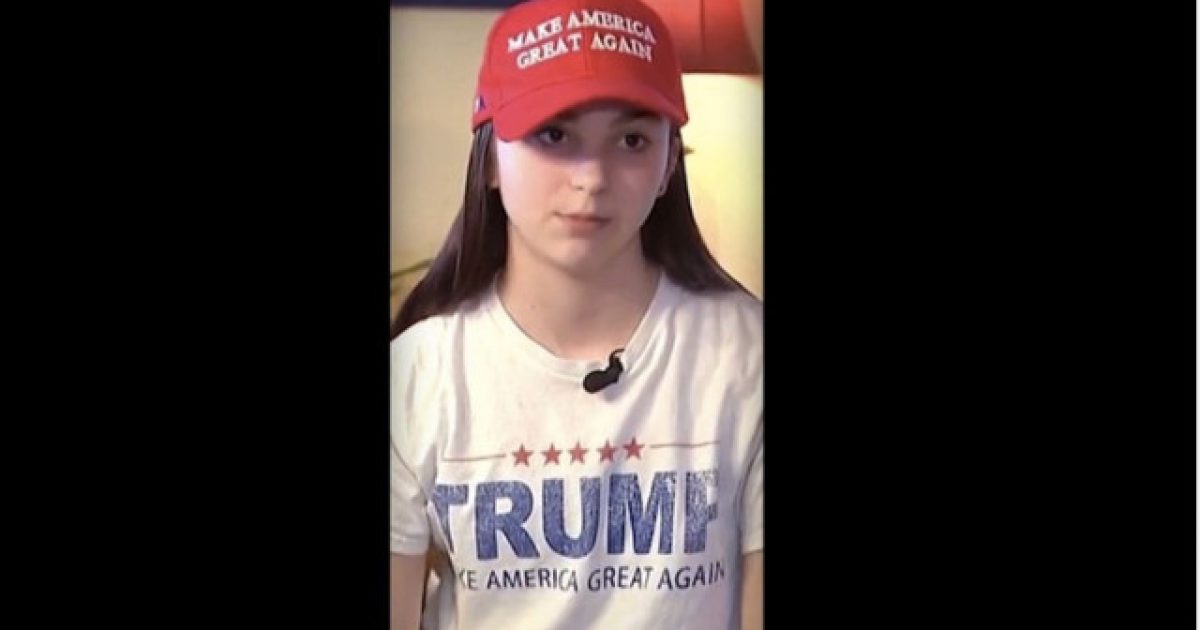 A New Hampshire principal who told a female student to cover up her pro-Trump t-shirt has issued an apology for her actions, something that was long, long overdue.

Ciretta MacKenzie, a high school freshman, wore the shirt as part of the school’s America pride day, which makes total sense, right? What better way to show you’re proud of your country than supporting your president and rocking a “Make America Great Again” hat?

However, Principal Brian Ernest didn’t seem to be much of a fan of MacKenzie’s attire, and told her she’d have to cover up the shirt because it violated dress code.

That’s right, folks. If you rock a shirt to support your current sitting president to class, you’re violating dress code. Unless of course it’s President Obama on the front. Then you’re “cool” and “woke.”

Ciretta revealed that Ernest told her Trump is a controversial president, and Ernest didn’t want to alienate students throughout the day or make it a political point of contention.

Ciretta said that she asked the principal what would happen if she couldn’t find a different shirt to put on, and he purportedly told her that she would have to be separated from the rest of the students. The teen was able to borrow a sweatshirt from a friend, and ended up taking off her hat, but felt that Ernest’s request violated her First Amendment rights.

Epping School District Superintendent Valerie McKenney said that an investigation into the incident was ongoing, noting that the district “will take steps to remedy this situation for all parties involved and ensure that this type of situation never happens again.”

Epping High School freshman Ciretta Mackenzie chose to wear her MAGA gear on ‘America Day’ at school. She was asked to cover up her shirt by the principal, she feels she did not violate the dress code policy and believes her rights were violated @boston25 pic.twitter.com/aPTRbjXsuY

As for what Ernest had to say for himself, he issued an apology in a letter stating the following:

“I want our students to be free thinkers and be able to express their opinions in a respectful manner.”

“We have begun to draft a plan to move forward to promote civil discourse and diversity in our schools,” the letter continued. “In retrospect, I want to fully acknowledge my error in judgment and sincerely apologize if my actions were misinterpreted and offended anyone. That was never my intention.”

The family graciously responded by saying they believe Ernest is genuine in his apology and that they bear no hard feelings toward him or the school.

This should’ve never happened. The Bill of Rights is for all U.S. citizens and that includes children. A person’s age is a non-point. If they would allow a President Obama shirt, and they probably would, then the Trump shirt should be allowed too. Plain and simple.

At least the principal apologized and everyone is taking the opportunity to work through the issue in a civil manner.

That’s almost unheard of in our day and age.