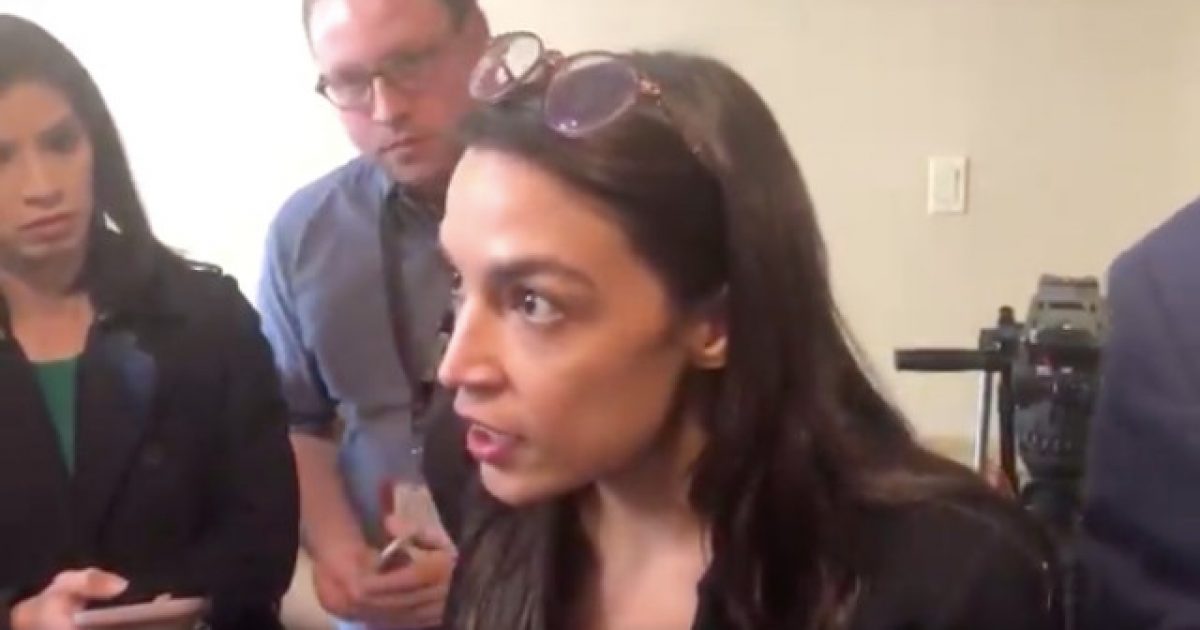 It seems like Rep. Alexandria Ocasio-Cortez must have some sort of condition, like explosive diarrhea of the mouth or something because she just cannot go a single day without running her lips and saying something ridiculous and absurd.

Most folks would at least want to take a day off from saying something worthy of mockery to let the headlines die down, but nope, not AOC.

Her latest deep dive into the pool of stupidity is to slam folks for criticizing Rep. Ilhan Omar’s horrific comments trivializing the 9/11 terrorist attacks, claiming that it is “an incitement of violence against progressive women of color.”

“The levels to which Republican and conservative groups, whether they are official party apparatuses, sending out emails, calling me and others domestic terrorists, or whether it’s Ruppert Murdoch and the New York Post printing on the front page to circulate all around New York City an image that is incredibly upsetting and triggering for New Yorkers that were actually there and were actually in the radius that woke up one morning or were in their schools and didn’t know if they were going to see their parents at the end of the day, to elicit such an image for such a transparently and politically motivated attack on Ilhan,” Ocasio-Cortez rambled.

“We are getting to the level where this is an incitement of violence against progressive women of color and if they can’t figure out how to get it back to policy, we need to call it out for what it is because this is not normal,” Ocasio-Cortez concluded. “This is not a normal level of political debate or rhetoric, as wild as it can get sometimes, this is something beyond what is normal.”

AOC on NY Post/Ilhan Omar front page: “We are getting to the level where this is an incitement of violence against progressive women of color and if they can’t figure out how to get it back to policy, we need to call it out for what it is because this is not normal.” pic.twitter.com/Zxad5H4I8n

AOC was referring to the not-at-all veiled shot the NY Post took at Omar for her egregious comments:

“Far too long we have lived with the discomfort of being a second-class citizen and frankly, I’m tired of it, and every single Muslim in this country should be tired of it,” Omar claimed last month during a speech at an event for the Council on American-Islamic Relations (CAIR). “CAIR was founded after 9/11 because they recognized that some people did something, and that all of us were starting to lose access to our civil liberties.”

Omar’s claim about the founding of CAIR was completely false. The organization was originally founded in 1994, not after the 9/11 terrorist attacks.

Omar’s skin color has zero to do with why she’s being criticized for her comments. It’s the fact that she made light of terrorist attacks that led to the deaths of 3,000 people. These individuals’ families are still dealing with the pain and agony of that loss.

To say something so insensitive is worthy of scathing rebuke to say the least. Add to this insult the fact that she’s stood up for men convicted of trying to join ISIS and also called for a member of the Muslim Brotherhood to be released from prison, and well, it seems obvious why folks don’t like her or trust her.

Omar needs to issue a serious apology and possibly step down from her post. If a member of the GOP said this, the call for his resignation would be intense.