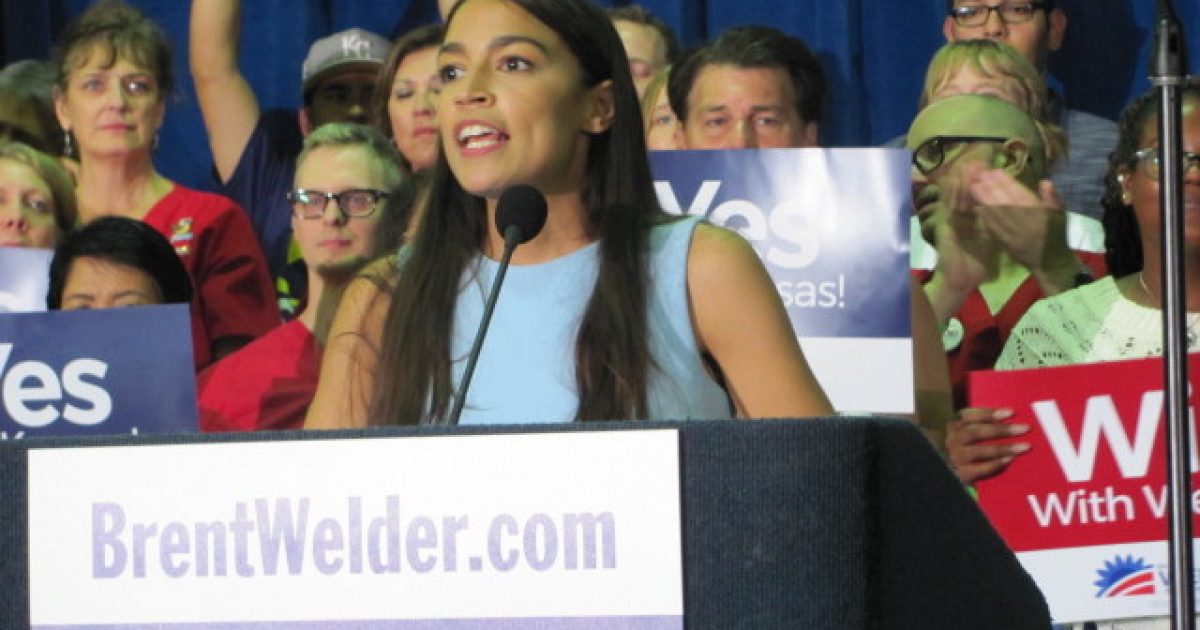 Democratic Socialist Rep. Alexandria Ocasio-Cortez has come up with a new excuse for the sudden accent she developed while speaking to a black audience on Friday, stating she had to “code switch” it, otherwise there would be “costs” associated with not doing it.

Yeah, this sounds like more gibberish from an extremely addled brain.

Ocasio-Cortez, who was condemned by many African-Americans for using the accent, initially claimed that those who were calling her out for the accent were trying to “distort” and “deflect” and that it was all a conspiracy theory.

The 29-year-old congresswoman — who regularly refers to those on the political Right as racists, white supremacists, and xenophobes — added that it was “so hurtful” that people would criticize her for using an accent.

As much as the right wants to distort & deflect, I am from the Bronx. I act & talk like it, *especially* when I’m fired up and especially when I’m home.

It is so hurtful to see how every aspect of my life is weaponized against me, yet somehow asserted as false at the same time.

Ocasio-Cortez’s claims that she used the voice during a speech about then-Supreme Court nominee Brett Kavanaugh and at a speech at the Women’s March were quickly debunked.

Next time you‘re told straight hair is “unprofessional” & that speaking like your parents do is “uneducated,” then you can complain about code-switching.

So what were the “costs” that AOC prattled on about in her post for not “code switching?”

“We see the perceived ‘costs’ to not code-switching all the time. Can’t tell you how many young people in our community don’t have the confidence they should bc they didn’t grow up learning secondary speech. Their talents get stifled by ‘respectability,’ despite enormous gifts.”

The good news is that we can improve this easily w/ honest reflection.

For ex, are certain hairstyles discouraged in your workplace?Why?

Can you think of someone who didn’t advance bc of how they spoke? Why?

Examine what’s deemed “unprofessional” around you & adapt it to 2019.

Here’s a sample of the backlash she faced on social media for her little “code switching.”

shut the fuck up. I don’t know which one of these newly-woke rented Black folks told you that bullshit was ok, but it wasn’t.

You don’t fucking speak like that, so don’t insult our intelligence.

And don’t tell Black ppl about the lowly jobs “there ain’t nothing wrong with”.

Code switching is talking one way around one group of people and another way around a different group. It’s a tool people use to fit in. It isn’t always a bad thing but in can come off as pandering or insincere in certain situations.

Assuming a different speech because of people who don’t speak the same as you is just suggesting they’re not intelligent enough to understand you.

No matter how hard she tries to spin this, the truth of the matter is, she’s attempting to speak like a black person, which she is not, and thus, this is a poor attempt at pandering, to somehow make a “connection” to her audience.

In essence, she was trying to pretend as if she were one of them and understood the black audiences struggles, identifying with them and their group and their group’s experiences.

As you can see, that didn’t work. At all. In fact, it had quite the opposite effect, alienating these individuals and taking away from whatever message she was trying to push.

This girl will never learn it seems.