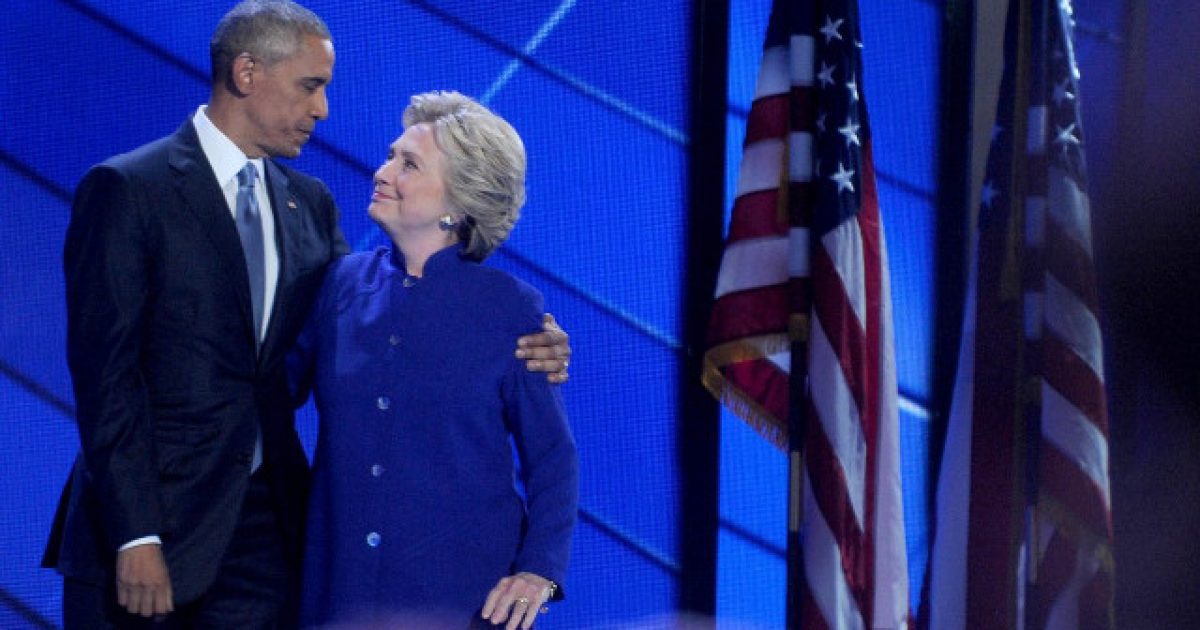 On what’s arguably the most important holiday to Christians all over the world, Easter, the day we as believers celebrate the resurrection of Jesus Christ, a group of radical Muslims carried out a series of brutal bombings against churches and hotels in Sri Lanka killing more than 200 people.

Former President Barack Obama and Hillary Clinton decided to weigh in on the tragedy, along with the vast majority of 2020 Democratic presidential hopefuls, however, in quite a few of the responses there was one word that was missing and it was in reference to the victims. Obama and Hillary didn’t call them Christians. They called them “Easter worshippers.”

The attacks on tourists and Easter worshippers in Sri Lanka are an attack on humanity. On a day devoted to love, redemption, and renewal, we pray for the victims and stand with the people of Sri Lanka.

On this holy weekend for many faiths, we must stand united against hatred and violence. I'm praying for everyone affected by today's horrific attacks on Easter worshippers and travelers in Sri Lanka.

It didn’t take folks long on Twitter to notice this strange phrase popping up in these replies.

You know, it’s really not hard to say the word “Christians” pic.twitter.com/9yraAv9SwL

Whoa! This is more widespread than I thought?

Dear Christian brothers and sisters, it seems the Democrats are in the process of renaming us to?? “Easter worshippers”.

Thanks @DefeatTheElites for putting them all on one page. pic.twitter.com/KFDSerKdhD

And in a bid to make sure they continue to appeal to the base that might elect them to be the Democratic presidential candidate, many of those already running responded in similar fashion:

The Apostle Paul wrote, "Rejoice with those who rejoice, weep with those who weep." On a day meant for celebration, so many families in Sri Lanka are devastated, and my heart breaks along with theirs. There's absolutely no justification for this. https://t.co/RxdulEPnv4

I'm heartsick for the victims of today’s terrorist attacks in Sri Lanka. Hundreds have been killed and wounded. To slaughter worshippers at church during Easter service is an act of great evil. My thoughts and my prayers are with the victims and their loved ones.

Our hearts go out to the victims and families of the horrific attacks in Sri Lanka. No person should have to fear for their life in their place of worship. We must work to bring this world together around our common humanity.

Believe it or not, Beto O’Rourke and Andrew Yang were among the few candidates who actually used the label “Christian” in reference to the Sri Lanka victims.

These acts of terror against Christians in Sri Lanka are unspeakably tragic. Our hearts are with the victims and their families. We owe them our commitment to making our world a place where no family lives in fear of persecution because of how they worship.

The attacks in Sri Lanka are a horrific tragedy. Our heartfelt condolences to the individuals and families who were victims of this senseless attack, particularly Christian communities who were celebrating in peace. #HumanityFirst

Of course, a lot of folks on the GOP side had no problem calling these folks by the term they lovingly embrace.

These terrorist attacks are a stark reminder that Christians remain the most persecuted and targeted religious group in the world, and that we must redouble our efforts to combat religious persecution.

As believers in Jesus Christ, we’re Christians. We’re not “Easter worshippers.” We don’t worship Ishtar, we worship the risen Lord Jesus Christ and Him only. We want to be identified as Christians, and seeing how the whole “identity” spiel by liberals is a hot button topic these days, it shouldn’t be a big deal to call us what we are.

Followers of Jesus Christ are no strangers to persecution for their beliefs, as church and world history teach us clearly. Jesus Himself said his followers would be hated because they shine the light of his glory down on a world that wants nothing to do with him. It exposes their wickedness and that’s not what a fallen world wants.

We wear the label proudly. We’re Christians. We’re “little Christs.” Don’t try to apply political correctness to us and thus strip some of our identity away.