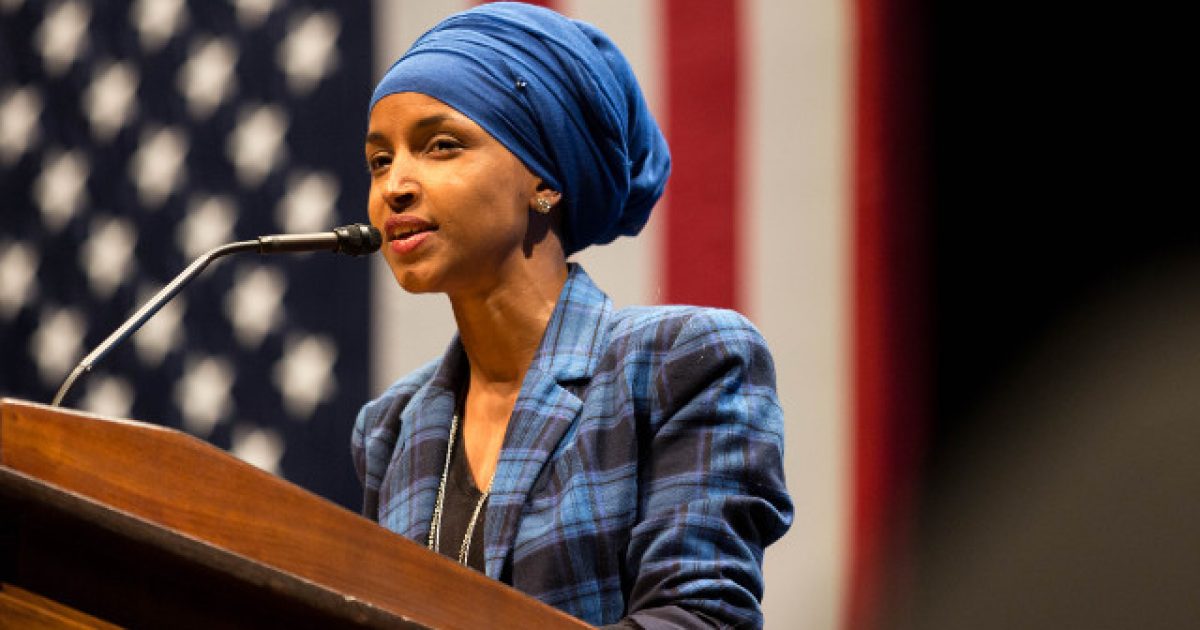 The New York Post was apparently none too happy with anti-Semitic Congresswoman Rep. Ilhan Omar’s remarks trivializing the September 11, 2001 terrorist attacks that rocked our nation and left our country changed forever.

Apparently Omar described the event, which left thousands of Americans dead, as “some people did something.”

This woman’s political career definitely has an expiration date and it’s already well past due.

Omar made the remarks, which sparked widespread outrage, during a March 23 speech at an event for the Council on American-Islamic Relations (CAIR) — which the United Arab Emirates has designated as a terrorist organization. Omar has since bemoaned criticism of her from Fox News and Rep. Dan Crenshaw (R-TX) in response to her remarks by alleging that they were engaging in “dangerous incitement” against her.

The New York Post responded to Omar’s comments by making the story the feature story in their Thursday publication with a cover photo of the World Trade Centers under attack on September 11, 2001, and with a headline that stated: “Here’s your something”

“How pathetic: A member of Congress can’t acknowledge what happened on one of the most horrific days in US history,” The New York Post Editorial Board wrote. “Some people did something? Wow. What a way to describe the heinous surprise attack on America that claimed 3,000 lives.”

At the March 23 event, Omar said: “CAIR was founded after 9/11 because they recognized that some people did something, and that all of us were starting to lose access to our civil liberties.”

The Post’s Editorial Board called BS on Omar’s claim that CAIR wasn’t founded until after the 9/11 terrorist attacks. As it turns out, it was actually founded back in 1994.

Feds later named the group an “unindicted co-conspirator in a plot to steer US funds to the terror group Hamas.”

Omar’s comment is incredibly insensitive, especially to the families who lost loved ones and the emergency workers who dug through the rubble and were firsthand witnesses to the carnage as a result of these attacks.

It’s not a surprise she said something like this though. Just look at her comments against Jews that have been headline news for months now. It’s obvious she’s full of hate.

Let’s hope this woman is held accountable for her actions and opts to resign from her post. She’s not worthy of the respect the office of public servant affords her.