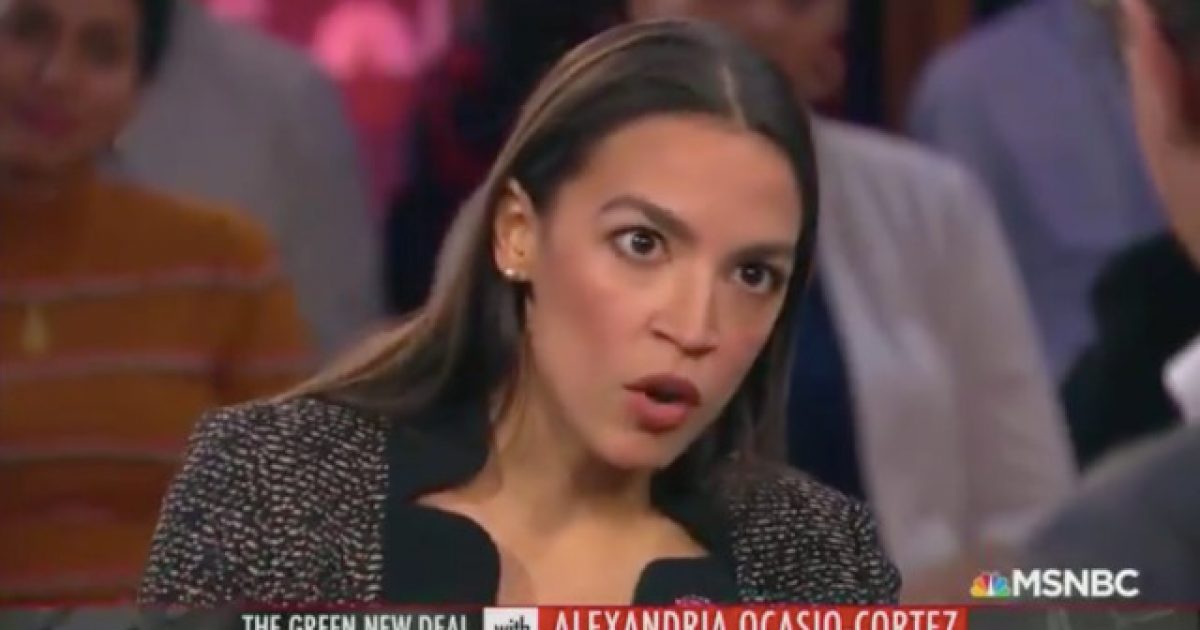 You’ll likely think the following story is some sort of April Fool’s Day prank, but rest assured, what you’re about to read is a true story.

Democratic socialist Rep. Alexandria Ocasio-Cortez participated in an MSNBC town hall event on Friday, where she decided to go all in on her theory that cow farts have created a grave danger to our planet.

Oh and she also sprinkled a pinch of falsehood in there for extra flavor.

The MSNBC town hall, which was essentially a PR intervention for Ocasio-Cortez, came after her poll numbers crashed to new lows in recent weeks and her $93 trillion Green New Deal failed to garner a single vote of support in the Senate.

Despite firing off false claim after false claim, there was zero pushback from host Chris Hayes, which isn’t all that surprising. MSNBC is a far left network that likely considers AOC to be the future of the Democratic Party. At least that’s probably what they’re hoping for.

Early on, Ocasio-Cortez once again addressed “cow farts,” which were infamously mentioned during the rollout of her “Green New Deal,” suggesting cows need to have their diets changed.

“We need to innovate and change our, our grain, uh, our, our cow grain from which you know they feed in these troughs,” Ocasio-Cortez said. “We need to look at regenerative agriculture. These are our solutions.”

Ocasio-Cortez doubles down on the threat that earth is facing from cow farts: “We need to innovate and change our, our grain, uh, our, our cow grain from which you know they feed in these troughs. We need to look at regenerative agriculture. These are our solutions” pic.twitter.com/JRrFYSMkDD

One of the major false claims that AOC made during the broadcast was that if we don’t curb carbon emissions, the earth is facing a cataclysmic environmental disaster of biblical proportions within the next 12 years.

AOC: "We have an expiration date and the IPCC report says we've got 12 years to turn it around! 12 years! My concern is we are going to be the frog in the pot of boiling water…and our kids are doomed"

Kate Marvel, a top climate scientist who has refuted this bogus claim, had this to say about the notion of a 12 year deadline.

“12 years isn’t a deadline, and climate change isn’t a cliff we fall off — it’s a slope we slide down. We don’t have 12 years to prevent climate change — we have no time. It’s already here. And even under a business-as-usual scenario, the world isn’t going to end in exactly twelve years.”

AOC’s public perception has gone swirly down the toilet over the last few months as more and more people get a feel for what she actually wants to accomplish in Washington.

As it turns out, she’s actually insanely radical, even too radical for folks like Nancy Pelosi and many other of her left-wing colleagues.

So that tells you all you need to know about this gal, doesn’t it?

If she wants to fix her poll numbers, perhaps she needs to stop being so extremely left-wing? Just a thought.