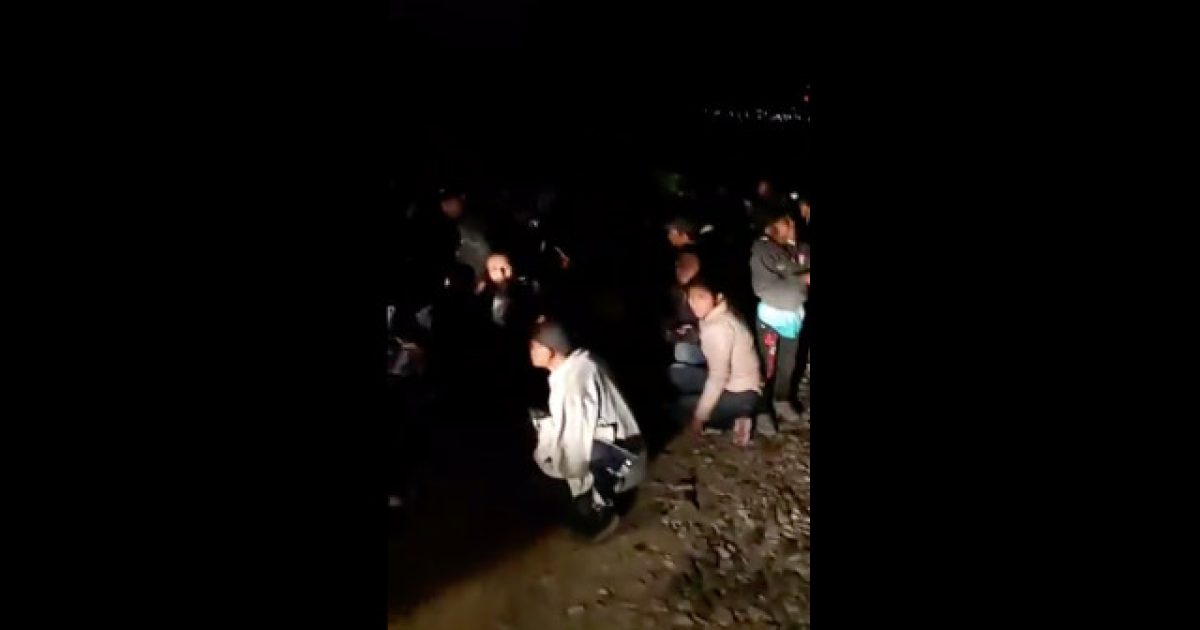 More than 300 migrants who flooded across the border into New Mexico were detained by an armed militia group earlier this week. A video of the event was captured and posted on social media where it’s no doubt causing quite a bit of controversy.

The group involved in the detainment is known as the United Constitutional Patriots and they detained the migrants who were seeking asylum here in the United States at gunpoint on Monday night. They then turned the folks over to U.S. Customs and Border Protection agents.

The militia group, made up of former police officers and military veterans, has stood guard along the southern border in Sunland Park, New Mexico, for the past two months. Jim Benvie, a spokesman for the group, told the New York Times that they plan to stay put monitoring the border until a wall is built or until lawmakers tighten immigration laws.

“We’re just here to support the Border Patrol and show the public the reality of the border,” Benvie told the newspaper.

Sunland Park sits along the southern border near the Mexican city of Ciudad Juarez, just east of El Paso, Texas.

When the Customs and Border Protection spokesman, Carlos A. Diaz, was asked for a comment on the situation he declined the request, though he did say that the federal agency does not in any way condone private groups or organizations taking matters like this into their own hands.

The governor of New Mexico was none too happy with the militia group calling their actions “completely unacceptable,” stating that migrant families should not be “menaced or threatened in any way, shape or form” when crossing the border.

So apparently it’s totally cool to just let these folks mosey on over the border and invade the country, breaking our laws from the moment they crossed, without any sort of fear involving the rule of law?

Yeah, that’s what’s totally unacceptable here. When the government doesn’t do its job to enforce the law and take care of this country, who else is going to do it but private citizens? Perhaps if these folks did their jobs and we sealed off the border, we wouldn’t have militia groups down there in the first place?

The Democratic Party is in desperate need of swelling its voter rolls, which probably explains why they’re so gung-ho about bringing more migrants across the border. Give them tons of free stuff — like welfare and food stamps — and buy yourself Democrat voters for life.