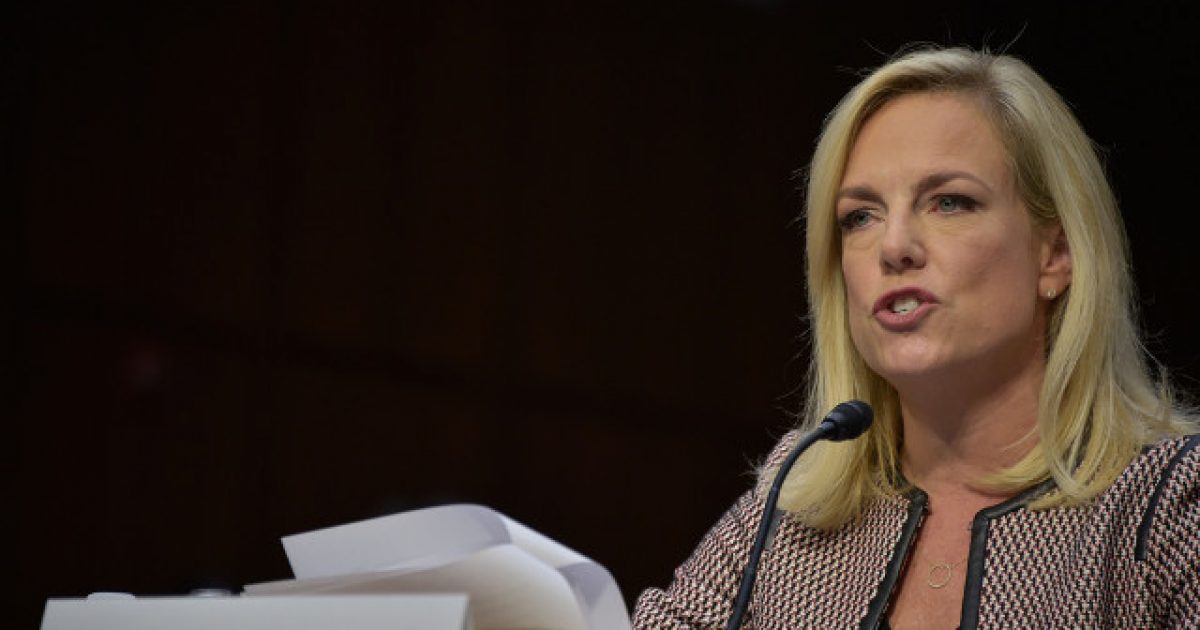 President Trump recently confirmed that a big overhaul at the Department of Homeland Security will see Secretary Kirstjen Nielsen leaving her position.

The president tweeted this confirmation late Sunday evening after a report came out suggesting that the DHS was about to undergo some pretty big changes, this being chief among them.

Secretary of Homeland Security Kirstjen Nielsen will be leaving her position, and I would like to thank her for her service….

So who does Trump have on tap to replace Nielsen? The president announced that U.S. Customs and Border Protection Commissioner Kevin McAleenan will be taking over the position.

….I am pleased to announce that Kevin McAleenan, the current U.S. Customs and Border Protection Commissioner, will become Acting Secretary for @DHSgov. I have confidence that Kevin will do a great job!

Nielsen has served as DHS Secretary since 2017, making her one of the longest serving current cabinet members. She ushered DHS through several crises, including a public outcry over a departmental policy of separating minor children from parents declaring asylum at the United States-Mexican border.

The policy, which was designed to help the United States Customs and Border Protection agency skirt an Obama-era court order mandating that full families not be kept in CBP custody more than 21 days, drew ire from both Republicans and Democrats and was quickly scrapped.

One of the criticisms that Trump and his administration have faced over the last few years is how he essentially has a rotating door type of policy for his cabinet members, with individuals in key positions not serving for a lengthy amount of time.

While that is definitely not exactly how we’re used to things, it seems the president bases his choices on performance, which means if a person isn’t doing the job, he finds someone else who will.

That’s how the rest of the world works, so why shouldn’t it be the same with cabinet positions? Seems reasonable, right?

Regardless, it’ll be interesting to see what kind of changes are made in the future for DHS and how this might impact the situation at the border.